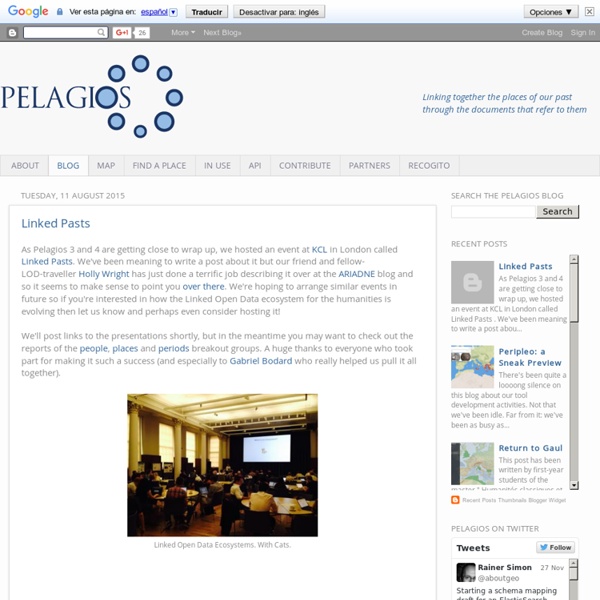 Rome Reborn The 10 Most Not-So-Puzzling Ancient Artifacts: The Ica Stones | Archaeology Fantasies As we move on down the line of the 10 most not-so-puzzling ancient artifacts, we come to the Ica Stones. These are perhaps the most perplexing to me, since I don’t understand how anyone can look at these and think they are real. A bad day for Fred Flintstone These little gems range in size from cobbles to boulders, and depict a wide variety of images from humans co-existing with dinosaurs, to advanced surgery, and spaceships with advanced technology. Apparently, this one is a modern hoax starting in 1966 when one, Dr. The Fish That Started it All. Never mind that Dr. Dr. Dr. So, as always we must ask, What are the Ica Stones really? The stones themselves are varying sized pieces of Andesite, which is a type of hard volcanic rock. Then there is that pesky patina, which many supporters claim is evidence of the carvings great age. That’s pretty cut and dry for me, but for others, there is more to the stones then a simple hoax. Man Hunting the Tasty Sharp-toothed Brontosaurus. Sound Familiar?

Ten Archaeological Enigmas from Across the Globe One of the best things about archaeology is uncovering places, artifacts, and human remains that answer long-held mysteries about our past and our origins. But frequently discoveries are made that do not solve ancient puzzles, but simply raise more questions to be answered. Here we feature ten such discoveries – from indecipherable manuscripts to Frankenstein mummies, and incredible artifacts from unknown civilizations. Some of these mysteries will one day be solved as science and research techniques progress, others will keep their secrets hidden forever. The Unknown Origins of the Longyou Caves Located near the village of Shiyan Beicun in Zhejiang province, China, lies the Longyou caves - an extensive, magnificent and rare ancient underground world considered in China as ‘the ninth wonder of the ancient world’. The Sound Effects of Malta’s Hypogeum Hal Saflieni The Indecipherable Voynich Manuscript In 1912, a Polish-American book dealer named Wilfrid M. The Plain of Megalithic Jars

Scythian Princess Western Kazakhstani archaeologists have finally displayed the exclusive artifacts found in the ancient burial discovered in 2012, Tengrinews reports citing Moi Gorod and West Kazakhstan Oblast Center for History and Archaeology. The ancient burial containing remains of a noble woman was discovered in Terekty district in Western Kazakhstan Oblast two years ago and was declared the oldest "golden" burial on the territory of Kazakhstan. Taksay-1, Mound 6, Female burial This is one of the burials in the "golden series", meaning a mound containing golden fragments along with a skeleton. One such mound, discovered in south-eastern Kazakhstan in 1969, had warrior's equipment and assorted funerary goods that included 4,000 golden fragments and was dubbed the Golden Man. Krym Altynbekov's recreation of the Golden Man. The artifact of particular importance was a wooden comb depicting a battle scene in the war of the Saks against the Persians. Full garment reconstruction made by Krym Altynbekov.

10 Mysterious Deaths That History May Never Fully Explain Mysteries Sometimes, archaeologists are completely puzzled by what they find. Sometimes, they uncover clues to solve some of the mystery but leave us wanting more. Then there’s the rare discovery that serves up just enough clues to shake some of our identities to the core and potentially rewrite our history. 10The Swedish Skulls Mounted On Stakes In 2009, archaeologists excavated an 8,000-year-old Stone Age settlement, known as Kanaljorden, near the town of Motala (pictured above, c. 1890) in southeast Sweden. No one knows who these people were or why they were buried this way. Scientists proposed two main theories to explain their findings. The second theory is that the Swedes killed their enemies in battle and brought their heads home on stakes as trophies. 9The New Evidence About King Tutankhamun Since his tomb was discovered in 1922, the cause of Egyptian king Tutankhamun’s premature death at 19 years old in 1323 B.C. has been the subject of endless debate. 5The Enemies Of The Maya

10 Mysteries That Hint At Forgotten Advanced Civilizations Mysteries Prehistory literally means the time “before we had written records” (roughly the time before the 4th Century BC) and ancient history is the time since our recorded history. Our concept of ancient history was originally firmly determined by the bible. Ancient knowledge was a lot more refined and developed than we have been taught hitherto. Despite wars and several invasions, India’s ancient history was largely preserved. Considered by the Chinese to be the “Ninth Wonder of the Ancient World”, the origin of the 24 caves thus far uncovered is an unfathomable mystery. Off the island of Pohnpei in Micronesia, lies the ancient city of Nan Madol. From Scotland to Turkey, underneath hundreds of Neolithic settlements, archaeologists have uncovered evidence an extensive network of underground tunnels. Puma Punku is one of four structural arrangements in the ancient Pre-Inca city of Tiwanaku in South America. Volumes have been written on the mysteries of ancient Egypt.

Caitlin Green: The medieval 'New England': a forgotten Anglo-Saxon colony on the north-eastern Black Sea coast Although the name 'New England' is now firmly associated with the east coast of America, this is not the first place to be called that. In the medieval period there was another Nova Anglia, 'New England', and it lay far to the east of England, rather than to the west, in the area of the Crimean peninsula. The following post examines some of the evidence relating to this colony, which was said to have been established by Anglo-Saxon exiles after the Norman conquest of 1066 and seems to have survived at least as late as the thirteenth century. The evidence for a significant English element in the Varangian Guard of the medieval Byzantine emperors has been discussed on a number of occasions. The Varangian Guard was the personal bodyguard of the Byzantine emperor from the time of Basil II (976–1025), founded to provide the emperor with a trustworthy force that was uninvolved in the internal politics of the Byzantine Empire and thus could be relied on in times of civil unrest. Notes

Feeding the gods: Hundreds of skulls reveal massive scale of human sacrifice in Aztec capital The priest quickly sliced into the captive's torso and removed his still-beating heart. That sacrifice, one among thousands performed in the sacred city of Tenochtitlan, would feed the gods and ensure the continued existence of the world. Death, however, was just the start of the victim's role in the sacrificial ritual, key to the spiritual world of the Mexica people in the 14th to the 16th centuries. Priests carried the body to another ritual space, where they laid it face-up. Eventually, after months or years in the sun and rain, a skull would begin to fall to pieces, losing teeth and perhaps even its jaw. But the Spanish conquistadors who marched into Tenochtitlan in 1519 saw them differently. Some conquistadors wrote about the tzompantli and its towers, estimating that the rack alone contained 130,000 skulls. Archaeologists at the National Institute of Anthropology and History (INAH) here can now say with certainty that it did. Much of the temple had survived to be discovered.