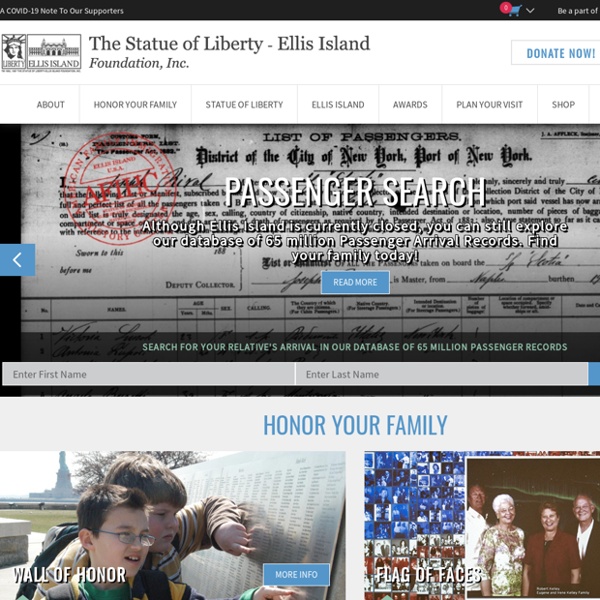 Sex, lies and civil registration Okay, the talk today is about “Civil registration and Beyond” and it’s basically what I feel like talking about, really. It’s not the basics of the births, marriage and deaths and how to do your family history – there are lots of other places where you can find out about that. There are websites, there are books, there is loads and loads of stuff in print. What I am going to cover today is a lot of things that you probably didn’t know, some of it about the background and some of it just about some lesser known facts, things that interest me really. I am self confessed civil registration nerd and I have been picking away at this subject, mainly in the records that are held here in this building in Kew.

Immigration: Stories of Yesterday and Today and Ellis Island World War II and the Postwar Period The United States entered World War II in 1942. During the war, immigration decreased. There was fighting in Europe, transportation was interrupted, and the American consulates weren't open. Fewer than 10 percent of the immigration quotas from Europe were used from 1942 to 1945.In many ways, the country was still fearful of the influence of foreign-born people. Countries Member countries of the EU (year of entry) The European Union has 28 member countries: On the road to EU membership Candidate countries Potential candidates Bosnia and Herzegovina Kosovo * * This designation is without prejudice to positions on status, and is in line with UNSCR 1244/99 and the ICJ Opinion on the Kosovo declaration of independence

Unknown No Longer: A Database of Virginia Slave Names “Unknown No Longer: A Virginia Slave Name Database” was launched by the Virginia Historical Society in the fall of 2011. The database contains information about slaves, including records kept by slave owners in Virginia. According to the “Unknown No Longer” website at “This database is the latest step by the VHS to increase access to its varied collections relating to Virginians of African descent." Thanks to a generous grant from Dominion Resources and the Dominion Foundation, the Virginia Historical Society launched the project in January 2011. The database seeks to lift from the obscurity of unpublished historical records as much biographical detail as remains of the enslaved Virginians named in those documents.

Race and Ethnicity Facts, information, pictures John Snetsinger To many observers one of the surprises of the 2000 census was that fully 10 percent of Americans reported that they had been born in a foreign country. Thirty years earlier the figure had been just 4.7 percent, the smallest in the Republic's history. The significance for the future formulation of U.S. foreign policy is not to be lost in the current number of foreign-born within the population. The political reality of the American system is that the greater the number of foreign-born, as well as of others within the population who retain ties with ancestral associations, the more likely it is that ethnic group politics can influence foreign policy. Demographic trends in twenty-first century America hold the promise that ethnicity may well play an even greater role in the making of foreign policy than has generally been the case.

Censuses - Discover the Collection Census returns are official Government of Canada records that enumerate the country’s population. They are an invaluable source of information as they often include the age, occupation, ethnic origin, religious denomination and the place of birth for the persons listed. For each census, the records are arranged by province or territory, and then are divided into districts which usually correspond to counties and cities. Districts are typically divided into sub-districts, corresponding to townships, parishes and larger towns. Ellis Island - FREE Port of New York Passenger Records Search From 1892 to 1954, over twelve million immigrants entered the United States through the portal of Ellis Island, a small island in New York Harbor. Ellis Island is located in the upper bay just off the New Jersey coast, within the shadow of the Statue of Liberty. Through the years, this gateway to the new world was enlarged from its original 3.3 acres to 27.5 acres mostly by landfill obtained from ship ballast and possibly excess earth from the construction of the New York City subway system.

47 Countries - 800 million citizens Welcome to our weekly look at news and views of people involved in issues of human rights, democracy and the rule of law in Europe ! - Russian delegates no longer able to vote in Parliamentary Assembly PACE says the annexation of Crimea goes against Russia's commitments to the Council of Europe - Edward Snowden exposes reality of global mass surveillance to PACE Snowden says security agencies specifically targeted human rights organisations - 'Referendum' in and illegal annexation of Crimea have no legal effectPACE President Anne Brasseur looks to the future.

Genealogy at a Glance: Irish Genealogy Research With so many Irish descendents living outside of Ireland, it is not surprising that Irish research is so popular amongst genealogists. There are plenty of books, though perhaps not enough to satisfy the advanced researcher, on researching Irish records. However, sometimes having a small compact guide is perfect for quick reference and fast help. Genealogy at a Glance: Irish Genealogy Research, by Brian Mitchell was the first publication in the Genealogy at a Glance series. This issue covers a background to Irish immigration along with vital records sources and census returns. The World Factbook The US has the most technologically powerful economy in the world, with a per capita GDP of $59,500. US firms are at or near the forefront in technological advances, especially in computers, pharmaceuticals, and medical, aerospace, and military equipment; however, their advantage has narrowed since the end of World War II. Based on a comparison of GDP measured at purchasing power parity conversion rates, the US economy in 2014, having stood as the largest in the world for more than a century, slipped into second place behind China, which has more than tripled the US growth rate for each year of the past four decades. In the US, private individuals and business firms make most of the decisions, and the federal and state governments buy needed goods and services predominantly in the private marketplace.

Epic online reunification of the descendants of the great Irish clans A ground-breaking and innovative online project is under way to reconnect all of the descendants of Ireland. Based on the concept of the Irish Clan name, the Great Irish Online Clan Gathering is seeking to build the international profile of Ireland and its people by connecting to an audience that may never have known of their direct links to Ireland via their surname. The Great Irish Online Clan Gathering (operated by the Irish Clans Network, an organisation funded by charitable donations from anonymous benefactors), is an extraordinary effort to join, connect and engage all those people throughout the world who have an Irish surname themselves OR have an Irish surname within their family tree. Taking the view that people who have, or whose ancestors have had, an Irish last name can in some way trace their heritage back to Ireland – the Great Irish Clan Gathering, launching this Christmas/New Year season, aims to use that special bond of a shared surname as the platform to do so.

Research Starters: Immigration INCORE: Conflict Data Service: Internet Country Guides: Russia Thorough guide to resources on conflicts and ethnicity within the Russian Federation (chiefly in the Caucasus). Includes databases, news media, papers, and more. From INCORE project on conflict research maintained by the UN Univ. and the Univ. of Ulster. A Walk Around Brooklyn – Thirteen This virtual tour of Brooklyn includes historic information on its role in American immigrant experience, an interactive map, panoramic views, and a selection of links to related resources. Web companion to a Thirteen/WNET public television series. A Scattering of Seeds – The Creation of Canada This Web site complements a 52-part TV series devoted to Canada's immigrants.

How the EU works The EU is a unique economic and political partnership between 28 European countries that together cover much of the continent. The EU was created in the aftermath of the Second World War. The first steps were to foster economic cooperation: the idea being that countries who trade with one another become economically interdependent and so more likely to avoid conflict. The result was the European Economic Community (EEC), created in 1958, and initially increasing economic cooperation between six countries: Belgium, Germany, France, Italy, Luxembourg and the Netherlands.