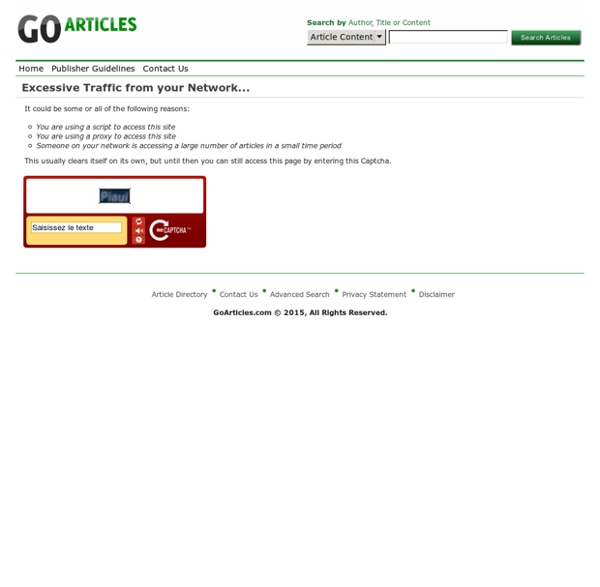 Reddit In Chaos: Blackout After Worker Fired Reddit In Chaos: Blackout After Worker Fired One of the web's most popular websites has been thrown into chaos by a rebellion sparked by the sacking of a popular staff member. The unpaid moderators of some of link-sharing site Reddit's most-read sections have temporarily hidden them from public view. They include the sections - known as subreddits - for movies, books, gaming and science. It comes after Reddit employee Victoria Taylor was dismissed in mysterious circumstances. Reddit co-founder Alexis Ohanian has now apologised to the Reddit community for the situation, and asked for moderators to end their protest. Ms Taylor was in charge of the 'ask me anything' (AMA) question and answer sessions which have seen the likes of Barack Obama and Bill Gates grilled by Reddit users. But she was unexpectedly fired from her role this week, leading many of the site's moderators to disrupt Reddit in protest. Never Miss a Delivery Again A Meter that Calculates your Insulin Dose for You

Gwinnett Tech, Kids 4 Coding host summer technology camp | VIDEO | PHOTOS Campers work on their computers during the Kids 4 Coding technology camp on Wednesday at Gwinnett Technical Collge in Lawrenceville. Kids, ages nine to sixteen, came to GTC to learn the basics of a variety of coding programs used to create video games, websites, and animations. (Staff Photo: David Welker) Photo Gallery Kids learn coding at technology camp Among the offerings at the camp are app development, circuit engineering, web design, 3D printing, robotics and a host of STEM-related activities tailored to science, technology, engineering and math. #LAWRENCEVILLE — For Avery Britt, the decision was simple. #“So I had to do it,” the rising fourth-grader said. #Three days into a week-long camp, Avery and her older brother, Jackson, a rising seventh-grader, see the experience as fun and practical. #“I feel like the skills are going to help us in life and in certain career choices,” Jackson said. #“It’s not that we want everyone to grow up to be game designers,” Detamore said.

Jada Pinkett Smith Gets Real About Will Smith Marriage: "I'm Not His Watcher" Straight from the source herself. Jada Pinkett Smith sat down with Sirius XM host Howard Stern on Wednesday, June 3, to discuss buzzed about topics such as her marriage to Will Smith and how they parent kids Jaden and Willow. The Gotham actress, 43, confessed that she got married "too young" at the age of 25 in 1997. "Heck yeah! No, don't do it," she said of what she tells her kids of marrying at a certain age. PHOTOS: Will and Jada through the years! Pinkett likened her marriage to a journey. The actress elaborated on the fundamentals of their relationship. PHOTOS: How these celeb couples first met She joked that their fame would uncover any alleged affair. Will and Jada At the end of the day, the mother of two said she was assured by one solid fact. PHOTOS: Stars caught on kiss cam The Men in Black actor, 46, was the subject of cheating rumors in November 2013 after he engaged in a frisky photo booth session with his Focus costar Margot Robbie. PHOTOS: The weird and wacky Smith family

Diane Kruger, Jennifer Lopez, FKA Twigs & More Celebs Are Very Into Forever21 Right Now There's always been murky relationship between fashion brands and celebrities. Stylists and stars can receive kickbacks of up to hundreds of thousands of dollars for simply showing up on a red carpet wearing some nice clothing and taking a few pictures. So when a celebrity wears an unexpected company, the alliance is certainly called into question. Forever21 seems to have mastered this seediness, considering their recent coup: ultimate fashionista Diane Kruger. A woman who casually slips on some haute couture at least once a week has worn clothing from the fast fashion retailer twice recently. The New Dinosaur Named Hellboy And Kruger's not the only one. More from Yahoo Style:Joshua Jackson Says Diane Kruger Made Getting Ready for the Met Ball Seem ‘Effortless’ There Was A Little Surprise On FKA Twigs’s Met Gala Dress Jennifer Lopez Memorialized Selena in Atelier Versace

Robotic Bricklayer Can Build A House in Two Days Yes, robots are taking over a worrisome number of jobs, but it’s like my Uncle Murray used to say — don’t worry, you can always get work as a bricklayer. Oops, check that. An Australian engineer has developed an industrial-sized brick-laying robot that can put down hundreds of bricks per hour, 24 hours a day, with superhuman precision. DNews: Get A Glimpse Inside A Robot’s Brain The giant robot is named Hadrian, after the Roman empire who assembled a massive defensive wall in northern England to keep out formidable Scottish highlanders. Hadrian begins by using computer-aided design (CAD) to determine the precise placement of every brick in a given structure — to within one hundredth of an inch. Robot Petting Zoo Features Kinder, Gentler Bots An automated mechanism at the end of the crane arm then places the bricks individually, sealing each with mortar. The Hadrian robot is all-electric, too, and designed to minimize greenhouse gas emissions. via Inhabitat

4inkjets coupon code and buy the cartridges at lower prices Heidi Klum Frolics on the Beach With Vito Schnabel for Her 42nd Birthday Vito Schnabel and Heidi Klum in St. Barths (Splash News) No birthday blues here. Heidi Klum, who turned 42 on Monday, celebrated the big day with a trip to St. Barts with boyfriend Vito Schnabel. Nothing like a 28-year-old to keep you young! Klum and Schnabel — who vacationed at the same Caribbean destination over the holidays — have been going strong for over a year now and they weren't shy to show their affection for one another on the beach. Heidi and Vito take a dip (Splash News) The America's Got Talent judge and Schnabel took a dip together in the bright blue water. The happy couple goes swimming (Splash News) When the couple headed back up to the sand they laid down on each other and seemed to be in their own world, kissing and relaxing. Lovers beach: Heidi and Vito unwind (Splash News) Heidi and Vito — who previously dated Demi Moore — have been seeing each other since February 2014. But that's not to say they don't love a good PDA-filled vacation.

Miley Cyrus: I Told My Mom I Love Women When I Was 14 Miley and Tish Cyrus attend the amfAR gala in L.A. last October. (Jon Kopaloff/FilmMagic) Not long after Miley Cyrus's cutesy Disney show Hannah Montana premiered in 2006, a 14-year-old Miley revealed something unexpected to her mom, Tish. "I remember telling her I admire women in a different way," she tells Paper Magazine in a new interview. Miley says she considers Tish and her famous dad, Billy Ray Cyrus, "conservative-ass motherf---ers," so her announcement was not taken lightly. "And it was so hard for her to understand," Miley continues. Miley, who was once engaged to actor Liam Hemsworth and dated Patrick Schwarzenegger until May, shared last month that her romantic relationships have included women as well as men. The "Wrecking Ball" singer tells Paper that she's had romances just as notable with women as those she's had with her famous boyfriends. Related: Miley Cyrus: I Haven't Had Only 'Straight or Heterosexual' Relationships "I've had that," she says.

The meaning of life, according to Google's chatbot AI This article, The meaning of life, according to Google's chatbot AI, originally appeared on CNET.com. The cover of "Robot Visions" by Isaac Asimov, published in 1990. Roc Conversations with chatbots are interesting, in a short-lived sort of way. Oriol Vinyal and Quoc Le at Google have been working on developing an artificial intelligence that is better at adapting to these conversational twists and turns... and rather than being programmed by a human operator, the artificial intelligence has been teaching itself by analysing movie subtitles and IT helpdesk transcripts. How Older Men Get Tighter Looking Skin "Our model converses by predicting the next sentence given the previous sentence or sentences in a conversation," reads the introduction to a paper on the project published last month to Arxiv, a repository for academic research. "The strength of our model is that it...requires much fewer hand-crafted rules. The neural network is able to extrapolate. Help feed Canada’s honey bees Unknown

GPS Could Improve Airplane Performance, Safety New GPS technology is slated to replace the existing radar technology for airplanes in the coming years. Gordon Tokumatsu reports for the NBC4 News at 5 and 6 p.m. on June 17, 2015. (Published Wednesday, Jun 17, 2015) It might be hard to believe, but the radar-based technology still in use to track the airplanes in the skies above us was developed a half-century ago. The outdated technology, some pilots say, is why passengers experience delayed flights - because they can only be tracked to within miles of each other, instead of feet, there is a lot of unused air space. "They have to keep airplanes two miles, laterally, apart -- because they're, honestly, not sure how close they are," said flight instructor Gary Reeves. Controllers have to err on the side of safety, he said, and since we have one of the most crowded chunks of airspace in the world, there are often bottlenecks that leave travelers stranded. "(Being delayed) is the worst. Reeves said it will also improve safety.