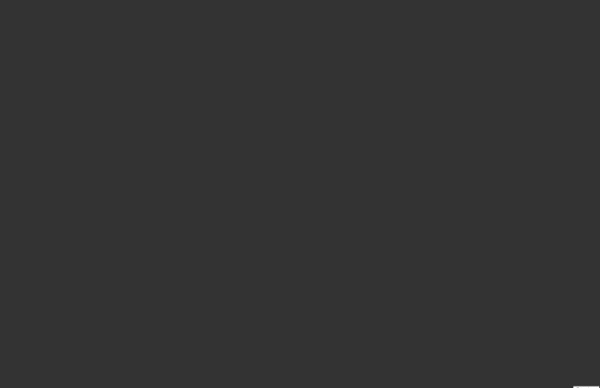 What Is Facebook Becoming? Via: Online Schools Facebook surrounds us. Most major media channels, brands, organizations, trade groups, non-profits and institutions have a presence on Facebook. Besides being on Facebook everyone is pointing everybody to “connect” with them and their audience on Facebook. Over 70% of the US population is on Facebook and the exchange of daily conversational activity is staggering. This continued behavior ought to make us ask what is Facebook becoming rather than what is Facebook today. About Us — Seomra Sproai Seomra Spraoi is a collective that came together in 2004 to set up a radical social centre in Dublin. This idea is an attempt to rebuild some of the things that have been lost to us in the modern world: the sense of community, an atmosphere of tolerance and respect, a safe and secure environment and a non-commercial space for political, arts, cultural, community and other events. It’s a space where you don't feel like you need to buy a cup of over-priced coffee just to sit and relax for a while. What is a social centre?

C&A Fashion Like: Real-Time Facebook 'Likes' Shown on Clothing Racks The Brazilian arm of international fashion retailer C&A has launched a custom-made clothes rack [facebook.com] that shows in real-time how many Facebook "Likes" a particular clothing item received on Facebook. Accordingly, customers present in the physical store can better estimate how popular a specific clothing item is perceived by the masses through the smart use of social media crowdsourcing. In practice, the project blends the border between the virtual and the physical by counting the "Likes" on small digital displays that are integrated in the clothing hangers. Now one should only avoid to indadvertedly swap the fashion pieces around, of course. Via @vizify and The Verge.

Unlocking Viral Secrets On Facebook: MIT Study Brands can increase the number of people who install their Facebook apps by 400% through a combination of private and newsfeed messaging, according to a new MIT study. The effectiveness of different Facebook strategies was determined by randomly giving users of Facebook apps different experiences and observing how activity spreads throughout the network. Researchers found the winning strategy to be up to two times more effective than email, and 10 times more effective than banner ads. Here's how it all breaks down. Passive Vs. Active

Tumblr Office Tour Daniel Goodman / Business Insider Here is the office of Tumblr, the super fast growing blogging platform that may be inspiring Facebook and has big plans for the future. We had to see where the magic happens. The Tumblr office is on E 21 St. and that building in the background is actually home to Business Insider. Buzz Board Buzz Board – The Sponsors The London 2012 Olympics is a major international event, presenting one of the most prestigious sponsorship opportunities to global brands. But the centre stage doesn't come cheap. The Olympics 2012 top sponsors will pay about $100 million for a 4 year commitment. The big sponsors aim to make millions from their official Olympics association.

Designing A Facebook Fan Page: Showcases, Tutorials, Resources - Smashing Magazine Despite its privacy issues, Facebook clearly has a key role in global Internet activity. It has become a kind of universal social network, being used for both personal and business needs. For many individuals, companies and organizations, Facebook has become an integral part of their branding strategy and promotional campaigns. Facebook provides many tools for maximizing the effect of your presence on the social network, most of all by means of business pages, also known as fan pages. Infographic: 5 Companies That Are Rocking Social Media This infographic was created by Voltier Digital, a content marketing agency based in Florida, specializing on the creation and promotion of impactful content marketing campaigns for businesses of all sizes. We all know the usual names of companies that are doing well in social media. I thought it might be interesting to take a look at some of the lesser-knowns and why they've had success, either on an ongoing basis or with some one-off efforts that stood out. And since infographics are all the rage, what better way to look at them? Of course, for SEO purposes, I've listed them here as well. Dell is presented as a master in the art and science of listening.

The Wisdom of Crowds The Wisdom of Crowds: Why the Many Are Smarter Than the Few and How Collective Wisdom Shapes Business, Economies, Societies and Nations, published in 2004, is a book written by James Surowiecki about the aggregation of information in groups, resulting in decisions that, he argues, are often better than could have been made by any single member of the group. The book presents numerous case studies and anecdotes to illustrate its argument, and touches on several fields, primarily economics and psychology. The opening anecdote relates Francis Galton's surprise that the crowd at a county fair accurately guessed the weight of an ox when their individual guesses were averaged (the average was closer to the ox's true butchered weight than the estimates of most crowd members, and also closer than any of the separate estimates made by cattle experts).[1] Types of crowd wisdom[edit] Surowiecki breaks down the advantages he sees in disorganized decisions into three main types, which he classifies as

Improve Engagement on Your Brand's Facebook Page [STATS] If you're looking to boost engagement on your brand's Facebook Page, a new report from Buddy Media has some key findings for you. The social media marketing company collected data from 200 of its clients' Pages* over a 14-day period and found that time is an important factor in determining the success of a Facebook post. The study reveals that more often than not, a Facebook post is ill-timed — in fact, office hours could be the worst time to blast content. "While marketers may work Monday through Friday, Facebook is humming with activity 24-hours a day, seven days a week,” says Buddy Media CEO Michael Lazerow. And so, brands must adapt to their consumers' schedules in order to optimize their engagement. TripIt ! Cookies must be enabled. Please modify your browser settings so we can remember you when you visit TripIt. After cookies are enabled, please refresh the page.