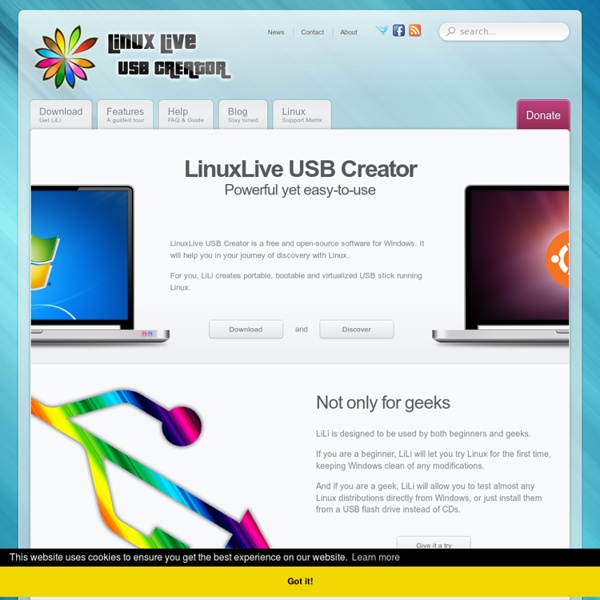 Encrypt Your USB Stick With Truecrypt 6.0 Last year I wrote an article on the benefits of encrypting your PC folders with Truecrypt and I also briefly touched on being able to encrypt your USB stick with Truecrypt. Well, the other day I received a nice new 2GB USB stick as a freebie and so I decided to install John Haller’s Portable Apps on it. But first I headed on over to the Truecrypt website to install the newly updated 6.0 encryption program. Encryption is absolutely essential, especially if you’re the kind of person that carries their USB stick around as if it’s your car keys or your lipstick. Also, look at it this way. The only problem with using Truecrypt for your encryption though is that you need to have administrator privileges on the computer in which you’re plugging your encrypted USB stick into. OK, let’s get insured. Step One – Download Truecrypt 6.0 The obvious first step. When the files are unpacked, move the whole lot over to your USB stick. Step Two – Turn Truecrypt Into “Traveller Mode” Step Six – In Summary

Skwire Empire » ClipTrap ClipTrap Published by skwire on Thursday, September 30, 2010 Title: ClipTrapDescription: ClipTrap watches the clipboard and keeps track of copied text in its window. I initially wrote it for my workplace where we use terminal emulators (SecureCRT, PuTTY, etc.) constantly and often need to capture several successive bits of output from various routers, switches, and other devices on the network. I fleshed it out and prettied it up for the NANY 2010 promotion on DonationCoder.

VARS Home :: Integra Live – Interactive audio made simple Screenshots | Hydrogen Main Window New audio file browser with sample preview New sample editor New sound library web import interface Hydrogen and qjackctl on windowsXP Full List | 50 Best Android Apps for 2013 Top 25 Android apps: The best of the best The Android Market may not have as many apps as the iPhone App Store yet, but there are still enough to be overwhelmed, and it's growing at a breakneck pace. To help you sort through them all, here's my list of the best apps I've found on Android. Again, remember that this is a snapshot in time. The Android platform is developing so quickly right now that I guarantee my home screen look different a month from now. The best way to view my list of the top Android apps is in the screenshot gallery. The screenshots The list 1. Google Voice is a service that is so useful I consider it one of the top benefits of Android itself, especially since Apple rejected the Google Voice app for the iPhone. 2. One of the realities of having a multitasking mobile OS in Android is that you have to manage your apps so that they don't hurt performance or battery life. 3. Dropbox is a great cloud service that automatically syncs a folder of files between multiple computers (Windows, Mac, or Linux). 4. 5. 6. 7.

40 News Apps For Android Tablets Nowadays, the majority of us have moved away from the traditional newspaper and started using the internet to get updated on the latest happenings in politics, business, entertainment and other fields. Our current generation would rather read an electronic copy than the paper, but a phone’s screen is too small, therefore anyone who has a tablet prefers using that for their daily dose of news. In this roundup, I’ll cover my favorite news apps which are optimized for Android tablets. These are distributed into five different topics: General News, Regional News, Tech, Lifestyle, and News Aggregators. Like the article? You should subscribe and follow us on twitter. Looking for more tablet-optimized Android apps? General News The Times Tablet Edition The Times is one of the biggest newspapers in the world. Price: FreeRequires: Android 3.0 or aboveGoogle Play Link: The Times Tablet EditionDeveloper: Times Newspapers Limited The Wall Street Journal The Chronicle Herald News The Economist BBC News