JCPenney, Its New Pricing Strategy and Ways to Save With JCP Coupons 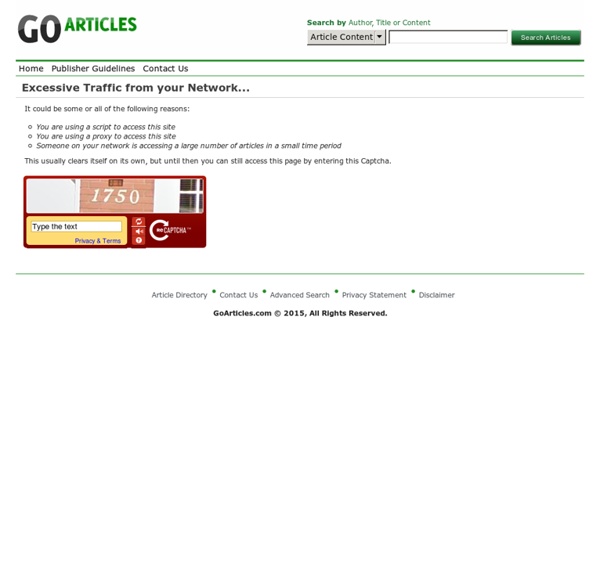 Five Top Stylists on the Future of Fashion Even a cursory look at the Fall runways makes it clear that the industry’s top stylists are earning their keep, perhaps more than ever before. Here was a season that wore its eccentricities on its sleeve—and everywhere else. And while that unapologetic, Little Edie-esque sprezzatura spotted on runways from Gucci to Maison Margiela will surely be the province of fashion fans and street-style regulars alike by the time this story goes live, it took some of the industry’s most visionary eyes to champion it in the face of fashion-nun minimalism or, what’s arguably “worse,” normcore’s reign of tennis shoes and polo shirts. “I don’t really know what normcore’s aesthetic stands for,” offers Benjamin Bruno. Get a $70 Reward When You Buy Firestone Tires Firestone Canada Sponsored See more: The Best Wedding Dresses From the Fall ’15 Bridal Shows If indeed Fall marks the beginning of a move toward something less earthbound, it comes on the heels of seasons’ worth of fairly quotidian clothes.

Rihanna Wore a Roll of Duct Tape as a Bracelet at the BET Awards  Floyd Mayweather with Rihanna wearing a roll of duct as a bracelet at the BET Awards. Photo: Getty Images Rihanna’s a fashion savant, that’s undeniable (just look the her CFDA Style Icon Award for proof). She made naked dresses a thing before Beyoncé; killed it in Guo Pei at the Met Gala in a cape with a train that nearly spanned the entire red carpet; made a couture loofah seem cool — it was Giambattista Valli after all — at the Grammys; to name just a few of her transcendent fashion moments. At first glance, the roll was mistaken for a thick, oversized silver bangle. In a blink and you missed it moment, the camera panned to Rihanna and her seatmate Floyd Mayweather. Fashion hasn’t been this divisive since “the dress.” More from Yahoo Style:Kyemah McEntyre, Teen Who Designed Her Own Prom Dress, Was the Brains Behind the Best BET Awards Red Carpet GownBest Dressed on the 2015 BET Awards Red Carpet

Black, White, and Blue: Variations on a Jean By The Line “Blue denim is America’s gift to the world,” said couturier Charles James, who praised the rugged textile’s “functionability” and scandalized society crowds of the 1950s by wearing jeans to formal occasions—paired with a white silk evening jacket and cummerbund. For a fresh approach to denim, look to an expanded palette, from the faded indigo of vintage Levi’s to bleached and dyed extremes, and make it the foundation for modern, monochromatic ensembles. Proenza Schouler PS-J2 High Waist Skinny Jean, ATP Atelier Rosa Sandal, Model 4801 Chair by Joe Colombo Between the deepest indigo and overdyed black is Proenza Schouler’s nuanced take on dark denim, with a modern fit that is both skinny and straight. Head-to-toe black puts the focus on details of form, fit, and texture. Never Miss a Delivery Again Delicate and fluid in silk charmeuse, Protagonist’s navy camisole is a lustrous foil for rugged, indigo-dyed denim. Summer Festivals at BruceGreySimcoe BruceGreySimcoe Sponsored

Selena Gomez’s Best Looks — See Her 22 Best Outfits For Her 22nd Birthday We couldn’t be more excited for Selena’s birthday — and to celebrate we’re taking a trip down memory lane and rehashing her best outfits from her past year. Which one did you love? With the help of her collection of crop tops, sheer silhouettes and several braless looks, Selena Gomez has made it clear that she is no longer a resident of Waverly Place. 21 was definitely the star’s sexiest year yet! Selena Gomez’s Best Looks From The Past Year: Say Hello To Another Sexy Year: Selena wore one of her most revealing looks last fall, after being named cover girl of FLAUNT magazine’s November 2013 issue. Click For More Selena Gomez News In Spanish! Selena flashed TONS of cleavage in a mega deep V neckline which was definitely a daring look! <a href=" Our Poll</a> Selena Gomez’s 22nd Birthday Fashion: Selena’s stellar style sense continued and most recently she has been on a roll. These weren’t the only sultry ensembles we loved on Selena! — Michelle Tedder

Lily-Rose Depp Lands First Fashion Editorial Lily-Rose Depp poses for Oyster magazine. Photo: Dana Boulos Well that didn’t take long! Less than a month after making headlines for walking the red carpet with mom Vanessa Paradis and brother Jack at Chanel’s runway show in New York, Lily-Rose Depp’s popped up in the pages of a fashion magazine. Oyster, an Australia-based publication, is the lucky mag to land the aspiring model. Photographer Dana Boulos shot the sun-drenched images of Depp in Los Angeles, where she posed in a variety of prints, denim, and one very big hat. Do you ever experience eye twitching? Given Depp’s heritage—an impossibly stylish Oscar-winning actor father and a César-winning mother who’s been the face of Chanel for nearly 25 years—one would expect to find her first in the pages of Vogue, modeling an up-and-coming American designer perhaps. Related: Lily-Rose Depp Makes Her Fashion Show Debut at Chanel Chanel Handbags Are About to Get a Whole Lot More Expensive: But Are They Really Worth the Investment?

Warm-Weather Styling Tricks It is officially the first day of summer, which means long, languorous days ahead and plenty of warm-weather fashion opportunities. Leaving the house in just a sundress and sandals is the stuff winter dreams are made of, yet months on end of the same outfits can get a little dull. With that in mind, we’ve brainstormed creative summer-layering tricks to refresh the wardrobe staples you likely already own. Photo: Adam Katz Sinding Related: Meet Your Fail-Safe Summer Outfit Combo Shift Dress Over Culottes A bright mini dress is work appropriate when worn over tailored culottes. Flowy Dress, Mango $80Pleated Culottes, Tibi $350 Related: 7 Sweatproof Fabrics To Wear This Summer Sleeveless Vest Over A Backless Dress Make a backless dress work for brunch by topping it with a sleeveless blazer. The New Dinosaur Named Hellboy Vintage Blazer, Celine $764Deep V Backless Dress, Chic Nova $17 Layer a structured crop top over a printed maxi to incorporate the vacation staple into your city wardrobe.

Diddy Brought the ‘90s Back at the BET Awards Diddy in a tracksuit performing onstage at the BET Awards. Photo: Getty Images It was a big night for Diddy. Not only was he bestowed the important job of presenting Smokey Robinson with a Lifetime Achievement Award, but he also took the stage to perform and celebrate 20 years of the record label Bad Boy. Bringing together Lil’ Kim, Faith Evans, Ma$e, Pharrell Williams, French Montana, and more hip hop legends, the multi-named and multi-talented artist dressed for the occasion in a ‘90s-era jumpsuit. Wearing red track pants, a matching red, white, and blue patterned track jacket, Forrest Gump’s favorite Nike sneakers, and a gold and diamond chain with a pendant in the shape of the Mercedes logo, Diddy rapped through his smiling — seriously, he was grinning like a kid in a candy store the entire time — hit such as “Hypnotize,” “Mo’ Money, Mo’ Problems,” and “Love Like This Before.” Looking for Car Insurance in Quebec? Diddy fell — but got right back up. inPowered Native Sponsored

Net-a-Porter CEO Natalie Massenet Sees Net-a-Porter as Its Biggest Competition Natalie Massenet, the force behind Net-a-Porter, both its editorial operations and e-commerce platform, is here to stay. While the company merged with Yoox in March, one of the company’s biggest rivals in the luxury goods market, fueling rumors of her departure, she told Bloomberg: "We’ve only just begun.“ Net-a-Porter, which recently launched a social shopping app, the Net Set, has actually expanded recently. “We’ve been simultaneously growing new markets but in an organic way where we just make sure that our service and selection is appropriate,” she said. How Older Men Get Tighter Looking Skin As for other ventures nipping on Net-a-Porter’s tail (ahem, Vogue Runway’s impending e-commerce), she’s not worried. More from Yahoo Style:Yoox & Net-a-Porter Merge to Create the Mother of All Online Shopping SitesNet-a-Porter Welcomes Chanel to the World of Online Shopping“Do You Shop At Net-A-Porter?”