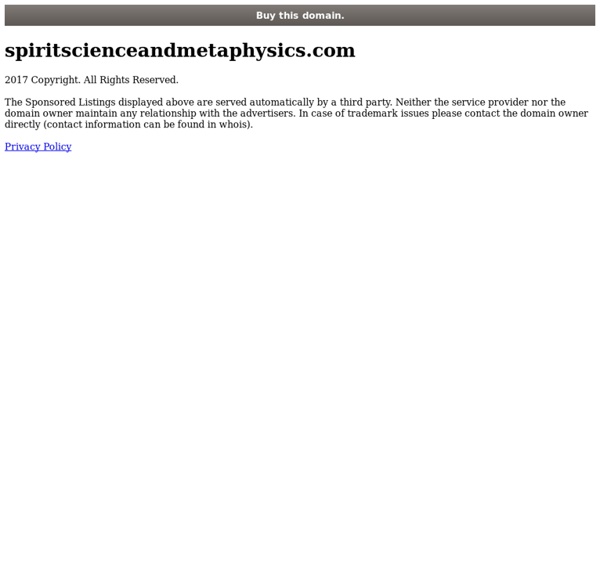 Overcoming depression caused by ghost possession SSRF publishes these case studies with the intention of providing some direction to our readers with regard to problems that manifest at a physical or psychological level, but which can have their root cause in the spiritual dimension. When the root cause of a problem is spiritual in nature we have observed that the inclusion of spiritual healing remedies generally gives the best results. SSRF advises continuation of conventional medical treatment along with spiritual healing remedies for the treatment of physical and psychiatric illnesses. Readers are advised to take up any spiritual healing remedy at their own discretion. 1. Elizabeth is a successful young woman of 27 years, with a good track of career in research and development. “I come from a very good family. “I started working during my studies and managed these two obligations simultaneously with ease. 2. This is a photograph of Elizabeth during this diagnosis and treatment session. ^Top 3. Details about the spiritual treatment:

What is Dyspraxia | Symptoms and Treatment | Motor Skill Problems What is dyspraxia? Dyspraxia isn’t a sign of muscle weakness or of low intelligence. It’s a brain-based condition that makes it hard to plan and coordinate physical movement. Children with dyspraxia tend to struggle with balance and posture. They may appear clumsy or “out of sync” with their environment.[1] Dyspraxia goes by many names: developmental coordination disorder, motor learning difficulty, motor planning difficulty and apraxia of speech. Dyspraxia can affect social skills too. Different Kinds of DyspraxiaDyspraxia can affect different kinds of movement. Ideomotor dyspraxia: Makes it hard to complete single-step motor tasks such as combing hair and waving goodbye. How common is dyspraxia? Boys are affected more often than girls.[4] But many people with symptoms are never diagnosed, prompting some experts to dub it a “hidden problem.”[5] Back to the top What causes dyspraxia? Researchers don’t know yet what causes dyspraxia. What are the symptoms of dyspraxia?

DIY Skin Care: 7 Recipes for a Glowing Face DIY Skin Care Tips• Because homemade herbal beauty products do not contain chemical preservatives, they will have a shorter shelf life than their commercial counterparts. To reduce the risk of spoilage, make sure that all the equipment you use to make herbal cosmetics is absolutely clean. • Avoid dipping your fingers direction into the mixtures; instead, use a small spatula or other clean utensil. • Make herbal beauty products in small batches, and store them in your refrigerator to keep them fresh for as long as possible. • To avoid an allergic reaction, test any new herbal product on the inside of your arm before applying it to your face, and avoid getting any cosmetic product in your eyes. Facial Cleansers and Scrubs Routinely removing accumulated oil, pollutants, and bacteria from your face is essential for obtaining clear skin that glows with good health. Use a scrub less often—about once a week—to slough off dead skin cells and stimulate circulation. Mild Herbal Skin Cleanser

The Depression Sessions: A FREE Online Event from Underground Wellness Overt and Covert Narcissism Overt and Covert Narcissism: When I first began to put this line of enquiry together, one of the things that perplexed me about the two main narcissists I had experienced in my life (which I shall call Adam & Eve) was, that although they portrayed some common core features of narcissism, they also demonstrated distinct and separate constructs of behavior which I found very hard to reconcile. Eve was typical of all the literature that I was reading; however, I was finding it hard to fit Adam’s behavior into five of the nine descriptions necessary for making the diagnosis. I was thrown by the fact that he was quite shy, did show some empathy towards others, and was somewhat introverted, to the point of becoming a recluse from the outer world by his early thirties. The Arrogant Overt Narcissist The Overt Narcissist: The arrogant overt form of narcissism describes Eve best as it manifests as grandiosity. The overt narcissist is over inflated by their own importance.

Real talk: I've suffered from depression. Have you? This can help. Ready for some reality? In a place where the “pursuit of happiness” is one of our most inalienable rights, it often feels out of reach to me. This past winter, I had an entire month where I didn't want to do anything. I blamed it on "needing a break," but now that the sun's been out more I've realized the truth. I was depressed. (You may have noticed the lack of emails from me.) More specifically, I was suffering from seasonal affective disorder. At the time, I didn't want to admit anything was wrong with me. In truth, it was my body craving some rather basic nutrients -- primarily vitamin D. I know I'm not alone. The statistics are both alarming and heartbreaking… Depression in its myriad forms has swiftly become the leading cause of disability worldwide. In the United States alone, 1 in 4 adults suffer from a diagnosable mental disorder. But not all is well with our pharmacological approach to mood disorders. Granted, when appropriate, prescription drugs have their place in medicine.

Video game addiction Video game addiction is an excessive or compulsive use of computer games or video games, which interferes with a person's everyday life. Video game addiction may present as compulsive game-playing; social isolation; mood swings; diminished imagination; and hyper-focus on in-game achievements, to the exclusion of other life events.[1][2][3] In May 2013, video game addiction was added to the Diagnostic and Statistical Manual of Mental Disorders in the Conditions for Further Study section as "Internet Gaming Disorder", and in January 2014 a diagnosis of internet gaming disorder was included. Online game addiction has a negative image and is becoming a public concern. When looking at this phenomenon from another perspective, through interviews with gamers who were addicted to a MMORPG but have quit playing, it is believed that the multiple reasons causing gamers to leave their game can reflect some more aspects of online game addiction.[4] Diagnosis and symptoms[edit] Pre-occupation. Dr.

The REAL Version of Karma You Might Not Know About Originally posted by Collective Evolution. Posted here with their permission. Karma is a concept taught by various cultures throughout human history, and is an idea that dates back thousands of years. Despite its proliferance, the idea of karma seems to be generally misunderstood and frequently tossed around without any real understanding of its true meaning. What is Karma? In the Bhagavad Gita (one text out of many from multiple cultures that speak of karma), there are constant dialogues about how to attain what’s referred to as “moksha”. According to Hindu philosophy, the only “higher” activity one can engage in other than performing selfless, fruitful action is the quest and cultivation of spiritual knowledge, contemplation and truth. Let’s take a look at what karma really means: The general idea is that every time we perform an action a cause is created that will have corresponding effects. Karma Yoga Again, karma is all about action. Karma is an opportunity to move forward.

Antidepressants May be Worsening Depression, Not Treating It Julie Fidler, Natural SocietyWaking Times Could it all be based on a myth? For years we’ve been told that depression is caused by low serotonin levels in the brain. Now, a leading professor of psychiatry is warning that belief is little more than a dangerous miscommunication, saying the marketing of selective serotonin reuptake inhibitor (SSRI) drugs is “based on a myth.” SSRI use began to skyrocket in the early 1990’s. The drugs were seen as a safer alternative to tranquilizers, which were the standard treatment for depression until that time. Healy wrote in a report published in the journal BMJ that in the 1990s, no one knew if SSRIs raised or lowered serotonin levels, but there was no evidence that the treatment worked as a treatment at all. “For doctors it provided an easy short hand for communication with patients,” Healy wrote. Healy says depression should be reclassified as an infectious disease rather than an emotional disorder, and the professor is not alone in his thinking.