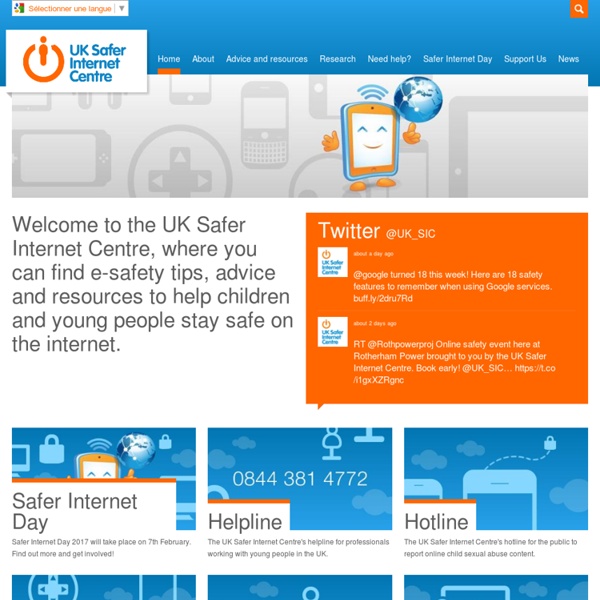 Police Service of Northern Ireland The internet provides a useful educational tool for both parents and children alike. Most homes have an internet connection and research shows that children are the main users. Did you know that 1 in 12 children actually go to meet people they have only met online? Let us show you some tips to keep you and your family safe online. READING - Digital Footprint Tap here for our Free App! Get all our media picks, personalized for your kids. No thanks Paedophile Adam Brown groomed a schoolboy on Facebook and made him sneak from home at night A paedophile groomed a schoolboy on Facebook and got him to creep away from home in the middle of the night for a meeting. But Adam Brown, 21 – who changed his name to Logan Brown by deed poll – was caught when the distraught mother of his victim turned detective to trap him. Brown had begun talking to the boy after posting videos of himself online, telling jokes and inviting people to say whether they found them funny. Cardiff Crown Court heard the mum worked nights and left her son and other children with their grandmother.

Kidsmart: Teachers Section Looking for the old site? Follow this link Text only mode » Skip navigation SIGN UP for our e-bulletin here Which age group do you work with? I work with... Harmony Hollow Software - The Hat Info Page Current version: 3.0.9.0License: Freeware "I'm first!" "No I'm first!"" Six Unforgettable CyberBullying Cases The truth behind 6 disturbing cyberbullying cases that turned into suicide stories… Also browse: 100 Must-Read Cyberbullying Articles and The 2014 Cyberbullying Statistics What is Cyberbullying? Wikipedia defines cyberbullying as, “Cyberbullying is the use of information technology to repeatedly harm or harass other people in a deliberate manner. According to U.S. Legal Definitions, Cyber-bullying could be limited to posting rumors or gossips about a person in the internet bringing about hatred in other’s minds; or it may go to the extent of personally identifying victims and publishing materials severely defaming and humiliating them.”

READING - 20 Tips for Creating a Safe Learning Environment I visit a lot of classrooms. And I'm always fascinated by the variety of ways teachers launch the new school year and also with how they "run their rooms" on a daily basis. From these visits and my own experiences as an instructor, I'd like to offer my top 20 suggestions for keeping your classroom a safe, open, and inviting place to learn. 1. Apple outrages users by automatically installing U2 album on their devices whether they asked for it or not Songs of Innocence album was automatically added to iOS devicesIt was added to iTunes Store customers in 119 countriesUsers have taken to Twitter and Facebook to express outrage at the plansOthers have moaned the album is difficult to remove from their devicesReports claim Apple paid the band $100 million as part of the deal By Victoria Woollaston for MailOnline Published: 13:36 GMT, 12 September 2014 | Updated: 16:25 GMT, 12 September 2014 Since the launch of the iTunes Store in 2003, U2 has been a strong, musical ambassador for Apple.

Parenting in the Digital Age PitDA is a new programme that aims to support parents in the digital age. It has been developed by The Parent Zone to support parents and professionals with training, information, tips and advice. We train professionals to deliver the PitDA programme to parents, as well as offering support and advice directly to parents through our websites. The Parent Zone is here to make life easier for parents. We do this by developing information for parents to help them make informed choices, and by finding out from them what they need, so that we can work together with companies to provide it. Everyone who works with The Parent Zone shares the belief that parents are the real experts. Cyber-bullies could face two years in jail under new internet troll rules People convicted of cyber-bullying and text message abuse could face up to two years in prison, under plans backed by the government. The justice secretary, Chris Grayling, has backed an amendment to the criminal justice bill that would target new rules at combating trolls that sexually harass and verbally abuse people on the internet or via mobile phones in England and Wales. The amendment, due to be discussed in parliament on Thursday, was proposed by the Conservative MP for Ealing Central and Acton Angie Bray, after one of her constituents said her 14-year-old daughter had been “verbally raped” by 2,000 obscene texts sent by an older man, who escaped conviction. “Just tabled amendment to criminal justice bill to make life just a bit harder for cyber-bullies and sex pests using texts to harass victims,” said Bray on Twitter. Offences such as internet trolling fall under the Malicious Communications Act, which can only be tried in a magistrates’ court.

READING - Displays – The Sheffield College Displays can be powerful tools to: Extend learning spaces in order to maximise learningShow industry standards and expectations to influence learners’ personal AND professional developmentCelebrate success in order to increase expectationsShowcase future possibilities in order to raise aspirationsHighlight diversity in order to create an inclusive environmentPresent relevant aspects of English and maths to further develop learners’ skills in these areas Some questions Displaying, commenting upon and celebrating success?