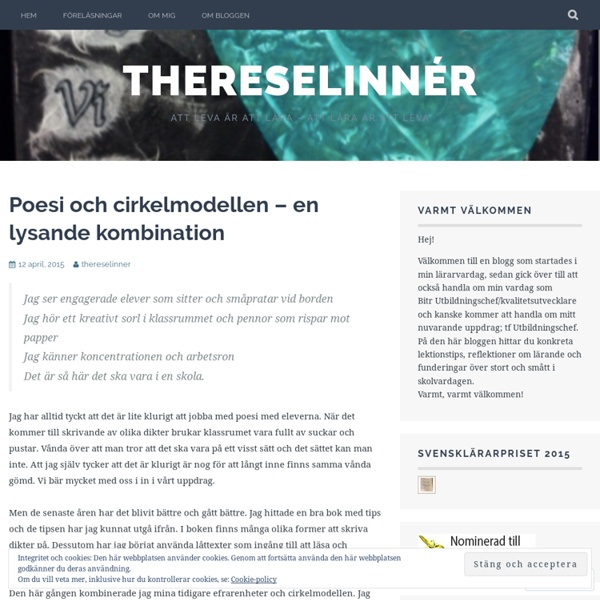 24 Best Poems to Teach in Middle and High School It can be hard to know which poems will spur your middle and high schoolers into deep, meaningful discussion and which will leave them, ahem, yawning. So we asked experienced teachers to share their favorites—the punch-in-the-gut poems that always get a reaction, even from teens. Here's what they had to say. 1. Australian comedian perfectly sums up why other countries think US gun laws are crazy At least 14 people were killed and 18 others injured when two shooters opened fire on at the Inland Regional Center, a social services provider for people with disabilities, in San Bernardino Wednesday, December 2. The shooters have been identified as Syed Farook, 28, and Tashfeen Malik, 27, who were in a relationship with each other. Motives are still unclear. Every shooting is its own private tragedy for the victims and their families. But events like this are also part of a much bigger problem. The United States has far more gun violence than the rest of the developed world.

One World: Connecting Communities, Cultures, and Classrooms In the 'Think It Through' classroom game, students role-play real-life scenarios as they learn that all the choices that one makes have consequences and that those consequences affect others. TIME REQUIRED Five-to-ten 20-minute class segments (number of minutes may vary) Game Poster (PDF)Ten Role-Play Scenario Cards: #1 (PDF) #2 (PDF) #3 (PDF) #4 (PDF) #5 (PDF) #6 (PDF) #7 (PDF) #8 (PDF) #9 (PDF) #10 (PDF)Five markers (A, B, C, D, E), one for each group/team of students (PDF)Optional Bonus CardsOther: Class reward or treat (to be determined by teacher) for successful class completion of the game

London Short Fiction: Mud Man Continuing our series of short fiction set in, or influenced by London. This week’s story by Melaina Barnes is the winner of our competition with the British Academy’s Literature Week to find a new modern fairy tale for London. To explore the Literature Week programme — running 11-17 May — and register for events visit the British Academy’s website. Serious game Click on the image to start the game Scenario For more than a century people have been using and depleting energy resources carefree, as if they were endless. In 2020 the world could find itself in a deadlock. The player has the power to go back in time and to rewrite history. The player’s objective: to reduce the consumption of energy, increase energy efficiency and choose the best renewable energies. Teach Irregular verbs with Fluency MC #3 As I wrote before, irregular verbs are the most important thing for all students of English to learn. However, it is not easy to master them. That is why Fluency and I started to collaborate on a series of posts that deal with teaching just the irregular verbs. ADVERT: In this post we are going to introduce another set of 15 verbs.

IELTS Speaking Part 2 (Fun) Practice Activity Each week on a Tuesday, since my IELTS courses finished, I have been doing IELTS PSP Speaking, which is basically an hour of IELTS-focused speaking practice. I have found that when practicing part 2, students frequently dry up before 2 minutes, sometimes well before, so I came up with this activity to encourage them to extend their answers as much as possible… It is a mixture of an activity that was suggested by a Sheffield Uni colleague of mine from last summer, Tim Ball, at the IELTS Swap Shop session that took place at IATEFL this year, and the well-known game, connect 4. It consists of a 6×6 grid (click on the picture to access a ready-to-use document):