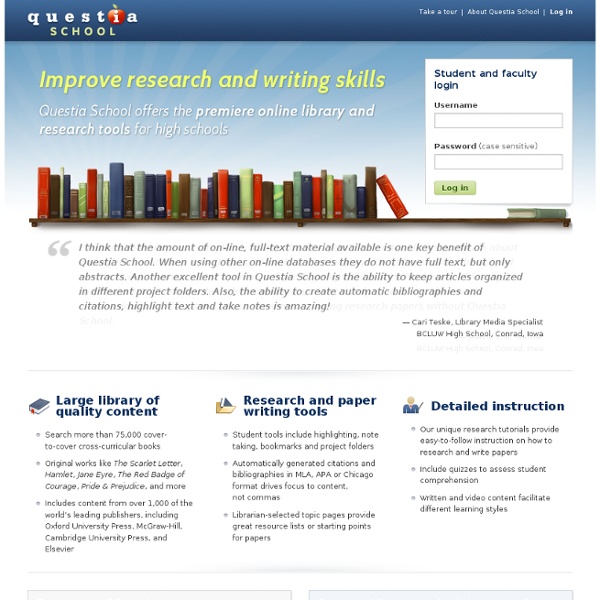 Women Working - , 1800–1930 Accelerate Learning | Scientific Learning Global Women and Social Movements in the United States, 1600-2000 The Reader Online | The blog of the Reader Organisation Wilson Center Digital Archive Speed Reading, Reading Software, and Better Reading Comprehension Trans-Atlantic Slave Trade Roll over names of designated regions on the map above for descriptions of the role of each in the trans-Atlantic slave trade. The North American mainland played a relatively minor role in the trans-Atlantic slave trade. Its ports sent out less than five percent of all known voyages, and its slave markets absorbed less than four percent of all slaves carried off from Africa. An intra-American trade in slaves – originating in the Caribbean - supplied additional slaves, however. This region was exceptional in the Americas in that a positive rate of natural population growth began relatively early, thus reducing the dependence of the region on coerced migrants. The Caribbean was one of the two major broad regional markets for slaves from Africa. Brazil was the center of the slave trade carried on under the Portuguese flag, both before and after Brazilian independence in 1822, and Portugal was by far the largest of the national carriers.