Layers of the Rainforest 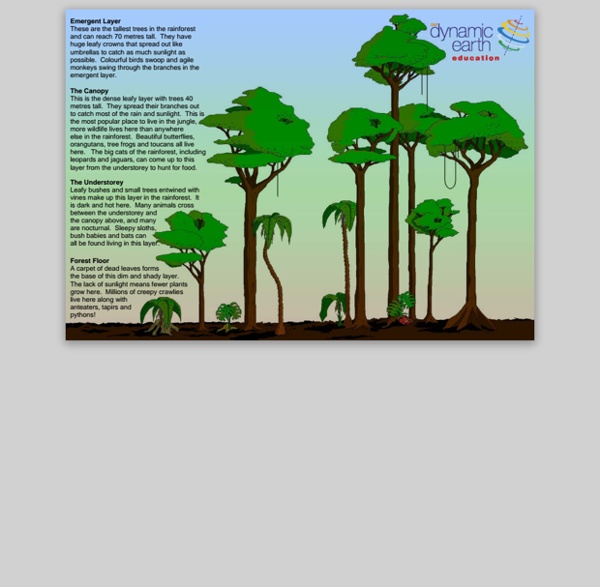 Why it’s brave to think like a coward – Chris Walsh ‘One coward may lose a battle, one battle may lose a war, and one war may lose a country.’ This was Rear-Admiral and Conservative MP Tufton Beamish speaking to the House of Commons in 1930, giving voice to an idea that must be as old as war itself. Caring only for his own safety, blowing cover, attracting fire, the coward can be more dangerous to his own side than a brave enemy. Even when he doesn’t run, the coward can sow panic simply by the way he looks – changing colour, as Homer observed in the Iliad, unable to sit still, his teeth chattering. Cowards are also known for soiling themselves. No wonder soldiers in the field worry about being cowardly far more than they dream of being heroic; or why cowardice is often counted the most contemptible of vices (not just by soldiers): while heroes achieve fame, cowards are often condemned to something worse than infamy – oblivion. Popular now Secretly seduced by science, Hasidic atheists lead a double life Daily Weekly Related video Explore Aeon

What medieval Europe did with its teenagers Image copyright Getty Images Today, there's often a perception that Asian children are given a hard time by their parents. But a few hundred years ago northern Europe took a particularly harsh line, sending children away to live and work in someone else's home. Not surprisingly, the children didn't always like it. Around the year 1500, an assistant to the Venetian ambassador to England was struck by the strange attitude to parenting that he had encountered on his travels. He wrote to his masters in Venice that the English kept their children at home "till the age of seven or nine at the utmost" but then "put them out, both males and females, to hard service in the houses of other people, binding them generally for another seven or nine years". It was for the children's own good, he was told - but he suspected the English preferred having other people's children in the household because they could feed them less and work them harder. So why did this seemingly cruel system evolve?

Species Profiles Birds Mammals Plants Reptiles How to Get People to Like You: 7 Ways From an FBI Behavior Expert Before we commence with the festivities, I wanted to thank everyone for helping my first book become a Wall Street Journal bestseller. To check it out, click here. Meeting new people can be awkward. Research shows relationships are vital to happiness and networking is the key to getting jobs and building a fulfilling career. But what’s the best way to build rapport and create trust? Robin Dreeke can. Robin was head of the FBI’s Behavioral Analysis Program and has studied interpersonal relations for over 27 years. Robin is the author of the excellent book, It’s Not All About “Me”: The Top Ten Techniques for Building Quick Rapport with Anyone. I gave him a call to get some answers. You’re going to learn: The #1 secret to clicking with people.How to put strangers at ease.The thing you do that turns people off the most.How to use body language like a pro.Some great verbal jiu-jitsu to use on people who try to manipulate you. And a lot more. 1) The Most Important Thing To Do With Anyone You Meet

Women’s Rights in Islam « Islamic Pamphlets Women in Islam are thought to be subjugated, degraded, oppressed – but are they really? Are millions of Muslims simply that oppressive or are these misconceptions fabricated by a biased media? “And for women are rights over men, similar to those of men over women.”Qur’an 2:228 Over fourteen hundred years ago, Islam gave women rights that women in the West have only recently began to enjoy. Men and women all descended from a single person – the Prophet Adam (peace be upon him). Equal Reward & Equal Accountability Men and women worship Allah in the same way, meaning they worship the same God (Allah), perform the same acts of worship, follow the same scripture, and hold the same beliefs. “Allah has promised to the believers, men and women, gardens under which rivers flow, to dwell therein, and beautiful mansions in gardens of everlasting bliss.”Qur’an 9:72 “Never will I allow the loss of the work of any worker amongst you, male or female; you are of one another.”Qur’an 3:195 The Family Unit

10 Lessons From Real-Life Revolutions That Fictional Dystopias Ignore Recommended by Esther Inglis-Arkell Here's The Gruesome Way A Doctor First Proved The Heart Pumps Blood 10 Lessons From Real-Life Revolutions That Fictional Dystopias Ignore The Potato That Killed! This Rube Goldberg Machine Runs On Light Here's the Hallucination You (and Everyone Else) Have Experienced One Bad Piece of Press Made Black Widow Spiders Legendary The Mothman Who Created An Evolutionary Controversy An Architect's Guide to Famous Villain's Lairs The Einstellung Effect Proves That a Good Idea Can Be A Very Bad Idea The Secret Twist In the Bobo Doll Experiments That Turned Kids Mean A Black Hole Doesn't Die -- It Does Something A Lot Weirder The Doctor Who Sterilized U.S. Here's Why You See Those Flickering Clouds Around the Tavurvur Volcano This May Be The Longest Con In Pseudoscience This Test Proves That Language Forces Your Brain To Create Simulations This Chemist's Story Should Become a Movie Artist Draws Whimsical Illustrations Over The Shapes He Sees In Clouds

40 Maps That Explain The Middle East Maps can be a powerful tool for understanding the world, particularly the Middle East, a place in many ways shaped by changing political borders and demographics. Here are 40 maps crucial for understanding the Middle East — its history, its present, and some of the most important stories in the region today. Middle East History The fertile crescent, the cradle of civilization The fertile crescent, the cradle of civilizationIf this area wasn't the birthplace of human civilization, it was at least a birthplace of human civilization. The Middle East today The dialects of Arabic today The dialects of Arabic todayThis map shows the vast extent of the Arabic-speaking world and the linguistic diversity within it. Israel-Palestine Israel's 1947 founding and the 1948 Israeli-Arab War Israel's 1947 founding and the 1948 Israeli-Arab WarThese three maps show how Israel went from not existing to, in 1947 and 1948, establishing its national borders. Syria Iran Afghanistan Saudi Arabia and Oil

Discipline and Punish, Panopticism The following, according to an order published at the end of the seventeenth century, were the measures to be taken when the plague appeared in a town. First, a strict spatial partitioning: the closing of the town and its outlying districts, a prohibition to leave the town on pain of death, the killing of all stray animals; the division of the town into distinct quarters, each governed by an intendant. Each street is placed under the authority of a syndic, who keeps it under surveillance; if he leaves the street, he will be condemned to death. On the appointed day, everyone is ordered to stay indoors: it is forbidden to leave on pain of death. The syndic himself comes to lock the door of each house from the outside; he takes the key with him and hands it over to the intendant of the quarter; the intendant keeps it until the end of the quarantine. Inspection functions ceaselessly. They are different projects, then, but not incompatible ones. So much for the question of observation.