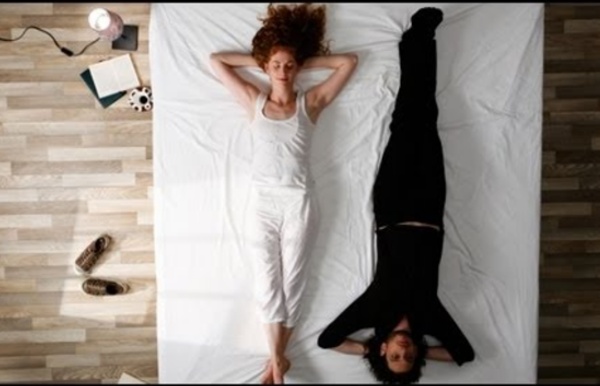 American Crafts Studio Blog: Rainbow Quilt Clock Tutorial by Corrie Jones Corrie Jones is going to show us in a step-by-step photo tutorial how to create this amazing rainbow quilt clock: Rainbow Quilt Clock by Corrie Jones Here is the inspiration for Corrie's project - it's a quilt from Sew Yeah's etsy shop: Step 1 - Gather all your stuff together. You will want your stuff out because this is a fun, messy project. I used a 12x12 canvas for this. Ole Scheeren This article includes a list of references, but its sources remain unclear because it has insufficient inline citations. Please help to improve this article by introducing more precise citations. (October 2014) (Learn how and when to remove this template message) Artist’s impression of Duo Residences in Singapore during the day. Ole Scheeren (born 1971, Karlsruhe) is a German architect and principal of Büro Ole Scheeren with offices in Beijing, Hong Kong and London and a visiting professor at the University of Hong Kong.[1] As former Partner and Director of Rem Koolhaas’ Office for Metropolitan Architecture in Beijing and Hong Kong, Scheeren directed the office's work across Asia.

D.I.Y Tutorials from ScrapHacker.com Neon Renewal – 5 D.I.Y ideas Posted by ScrapHacker.com on mars 12, 2012 · 3 Comments Let a dash of D.I.Y neon spruce up your spring. I’ve gathered 5 doable examples to inspire some neon renewal and revamping of an old pair of shoes, a clutch, a purse, some glass bottles and your hallway mirror. MahaNakhon History Details on the MahaNakhon development were officially announced on 23 July 2009, with a team including German architect Ole Scheeren, former partner of the design firm Office for Metropolitan Architecture; joint-venture development partners including Thai company Pace Development, David Collins Studio based in London and multinational Industrial Buildings Corporation PLC. In 2015 PACE Development bought the remaining shares belonging to former partner Industrial Buildings Corporation PLC, thus becoming the sole developer of the project.[3] The ground breaking ceremony was held on 20 June 2011, the building was topped off in 2015, and has been completed in 2016. The total project value as a result of pricing changes during the course of construction reached 21b THB (approximately $620m USD).[4] Subsequently the project has also been recognised with presentations at CTBUH, The Council for Tall Buildings and Urban Habitat and leading Thai University Chulalongkorn.

Watch Black Swan (2010) Online Released: 13 January 2011 Genres: Drama, Thriller Rate : (65 votes, average: 4.23 out of 5) Loading ... Views: 151,156 views Dimension A diagram showing the first four spatial dimensions. 1-D: Two points A and B can be connected to a line, giving a new line segment AB. 2-D: Two parallel line segments AB and CD can be connected to become a square, with the corners marked as ABCD. 3-D: Two parallel squares ABCD and EFGH can be connected to become a cube, with the corners marked as ABCDEFGH. 4-D: Two parallel cubes ABCDEFGH and IJKLMNOP can be connected to become a hypercube, with the corners marked as ABCDEFGHIJKLMNOP. In physical terms, dimension refers to the constituent structure of all space (cf. volume) and its position in time (perceived as a scalar dimension along the t-axis), as well as the spatial constitution of objects within—structures that correlate with both particle and field conceptions, interact according to relative properties of mass—and are fundamentally mathematical in description. The concept of dimension is not restricted to physical objects.

Fashion Ladies Maxi Skirt Girl Layered Puff beach Dress for sale "Delivery took almost a month. However, item came in good condition. Thanks." iszacq (24 Purchases) 1 month ago Is this review helpful? Thanks for your feedback! "thanks alot .. received in time and as described" Duality From Wikipedia, the free encyclopedia Duality may refer to: Mathematics[edit] Philosophy, logic, and psychology[edit] Rosea Lake, Vancouver Student, Posts Powerful 'Judgments' Photo Of Skirt Lengths (PHOTO) Prudish. Flirty. Whore. Proper. Reality Not to be confused with Realty. Philosophers, mathematicians, and other ancient and modern thinkers, such as Aristotle, Plato, Frege, Wittgenstein, and Russell, have made a distinction between thought corresponding to reality, coherent abstractions (thoughts of things that are imaginable but not real), and that which cannot even be rationally thought. By contrast existence is often restricted solely to that which has physical existence or has a direct basis in it in the way that thoughts do in the brain. Reality is often contrasted with what is imaginary, delusional, (only) in the mind, dreams, what is false, what is fictional, or what is abstract. At the same time, what is abstract plays a role both in everyday life and in academic research.

Are Aliens Living On Planets Inside Black Holes? Aliens could conceivably live on planets illuminated by the swirling mass of photons orbiting the singularity of a special type of black hole, according to a new theory. Certain black holes are charged and rotate, and they possess a region past the event horizon — the point of no return — in which the fabric of spacetime appears normal again. This is called the inner Cauchy horizon. Researchers Succeed in Quantum Teleportation of Light Waves In a real-life use of Schrödinger's theoretical paradoxical cat, researchers report that they were able to quickly transfer a complex set of quantum information while preserving its integrity. The information, in the form of light, was manipulated in such a way that it existed in two states at the same time, and it was destroyed in one spot and recreated in another. The new teleportation breakthrough is a major step toward building safe, effective quantum computers. No felines were harmed in the making of this experiment, which actually studied wave packets of light that existed in a state of quantum superposition, meaning they existed in two different phases simultaneously.

Holograms Powered By Quantum Effects Can Show True Color From Any Angle A new type of hologram harnesses a quantum effect and uses ordinary light to make 3-D still images. Future 3-D displays based on this technology would have no need for 3-D glasses or special screens. The technique is based on the behavior of free electrons on a metal surface, according to researchers at the RIKEN Institute in Japan.