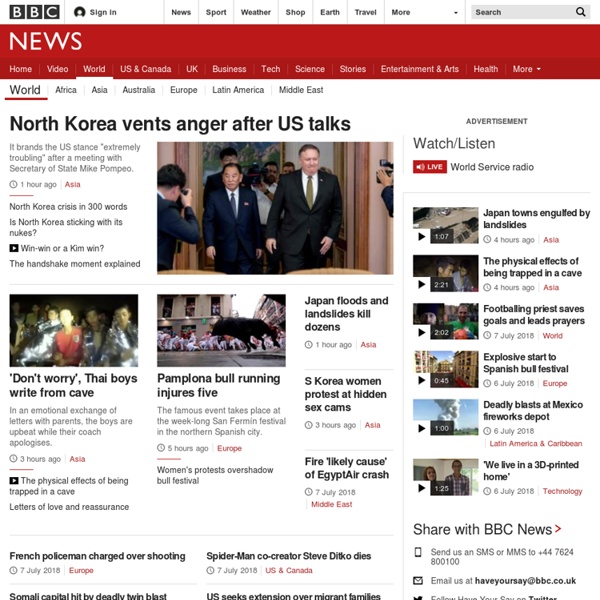 Goethe-Institut Goethe Institut Kuala Lumpur Goethe-Institut, Prague Goethe Institut Oslo Library of the Goethe-Institut Philippines Occupy Boston Radio for the 99%! Listen Now! People’s Parade for Peace, Equality, Jobs, Environmental Stewardship, Social & Economic Justice Read more… Schedule/ProgramsMembersSubmissions GREEN ROOM (Our Blog) @OccupyBosRadio Facebook Wiki Chat Follow THIS LINK if the player is not working for you or you are listening from a smartphone. If you cannot not hear the broadcast, try refreshing your browser screen. Also, don’t forget to check your speaker volume settings.

3 Great Films for Teaching About Globalization and Modernization Scene from the Iranian film "Children of Heaven." Photo Credit: Miramax Films With the advent of modern mass communication and world tourism, dramatic change has come to nations and cultures which had previously seen little change for centuries. Each technological or social innovation has brought unexpected and unintended consequences. One of the challenges of teaching global issues in middle or high school is helping students grasp abstract economic concepts like globalization and modernization. A well-chosen film, watched actively and with supporting curriculum, can make the difference in helping students understand how these abstract processes work out in human terms.

Asia Edition - Latest News, Breaking Stories, Top Headlines From Asia - Wsj.com Joshua Trujillo/Associated PressPhotos of the Day: WorldBosnian cooks make stew for 14,000, millions of bees fall off a truck in Washington state, beer bellies are displayed in Germany, and more. Montreal Museum of Fine ArtsJean-Joseph Benjamin-Constant’s ‘The Pink Flamingo' (1876) Oil on canvasThe ‘Orientalists’ Orientalist art is having something of a comeback—at museums and among a new wave of North African and Middle Eastern collectors, who view the works as part of their heritage. R.A.Whiteside‘Tools: Extending our Reach’ A new book and exhibit, at New York’s Cooper-Hewitt Museum, showcases a range of helpful objects through history, dating from 1.85 million years old to today.

School in the cloud: Children with mentors on the other side of the world 24 April 2014Last updated at 20:04 ET By Alison Gee BBC World Service Five years ago, an Indian schoolboy struck up an unlikely friendship with a retired teacher in London - and with her help he is now studying to be a doctor. Even though they live thousands of miles apart and have never met, they can't imagine life without each other. When Shahrukh Khan was 13, his school in Hyderabad got a new computer lab, and it changed his life.

The Public Intellectual Within the last few decades, the emergence of public intellectuals as important cultural and social critics has raised fundamental questions not only about the social function of academics, but also about the connection between higher education and public life, between academic work and the major issues shaping the broader society. Truthout's Public Intellectual Project will provide progressive academics with an opportunity to address a number of important social issues in a language that is both rigorous and accessible. All too often, academics produce work that is either too abstract for a generally informed public, or they separate their scholarship from the myriad of issues and contemporary problems that shape everyday life in the United States and abroad.

The Best Sites For Learning About The World’s Different Cultures I’ve compiled several “The Best…” lists that sites where you can learn about the geography, data, languages, and holidays of different countries around the world. Those resources are important, but I think it’s like learning the words, but not the music, of a song. So I thought I’d develop a separate list just focused on helping students learn about the cultures of different countries, and would love to hear additional suggestions. United Nations Global Issues - Home Africa As the world’s only truly universal global organization, the United Nations has become the foremost forum to address issues that transcend national boundaries and cannot be resolved by any one country acting alone. To its initial goals of safeguarding peace, protecting human rights, establishing the framework for international justice and promoting economic and social progress, in the six and a half decades since its creation the United Nations has added on new challenges, such as climate change, international terrorism and AIDS. While conflict resolution and peacekeeping continue to be among its most visible efforts, the UN, along with its specialized agencies, is also engaged in a wide array of activities to improve people’s lives around the world – from disaster relief, through education and advancement of women, to peaceful uses of atomic energy. This website offers an overview of some of these global issues, and links to other resources where you can get additional information.

Waikato Institute of Technology The Waikato Institute of Technology, also known as Wintec, is one of New Zealand's leading institute of technology based in Hamilton. Approximately 20,000 students from 52 countries study at Wintec each year, and the organisation employs around 840 staff. It has three main campuses in Hamilton itself: the main city site, Rotokauri (Formerly Avalon) in north Hamilton, and the Hamilton Gardens horticultural campus.

Odd News, funny news, strange news Bobbi Kristina suffering from 'irreversible brain damage,' grandmother says Bobbi Kristina suffering from 'irreversible brain damage,' grandmother says Daily News Show for Students and Kids President Obama Visits Hiroshima Maggie: Thanks to Evanston High School for kicking us off and getting us in the Memorial Day mood. Today President Obama is making history, becoming the first sitting president to visit Hiroshima, Japan, since the U.S. dropped the first nuclear bomb there during World War II. And, as I found out during my visit there, it is a story that is still important today. Keiko Ogura was 8 years old when America dropped a nuclear bomb just a mile and a half from her home.

Native Americans in the United States Native Americans within the boundaries of the present-day United States (including indigenous peoples of Alaska and Hawaii) are composed of numerous, distinct tribes and ethnic groups, many of which survive as intact political communities. The terms used to refer to Native Americans have been controversial. According to a 1995 U.S. Census Bureau set of home interviews, most of the respondents with an expressed preference refer to themselves as "American Indians" or simply "Indians"; this term has been adopted by major newspapers and some academic groups, but does not traditionally include Native Hawaiians or certain Alaskan Natives, such as Aleut, Yup'ik, or Inuit peoples. Since the end of the 15th century, the migration of Europeans to the Americas has led to centuries of conflict and adjustment between Old and New World societies.