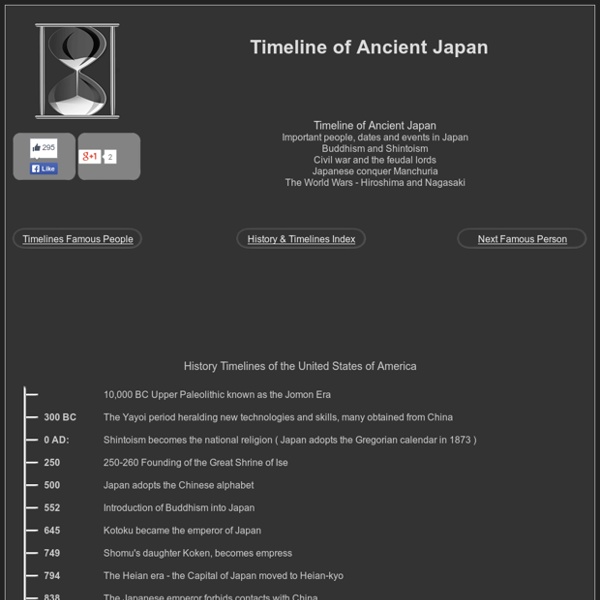 Women in Ancient Japan: From Matriarchal Antiquity to Acquiescent Confinement The role of women in ancient Japan elicits inconsistencies due to different influences that were integrated at various time periods. The primary influence that contributed to these inconsistencies was religion. Integration of the two major religions of Japan, Shintoism and Buddhism, created a paradox for the female identity; altering women’s place in Japan’s matriarchal antiquity to a state of acquiescent confinement by the dawn of the Meiji Restoration. Different conjectures of ancient Japanese women were formed in direct correlation to the spiritual beliefs of the time. Evaluating the feminine identities educed by these beliefs illustrates the drastic changes that occurred for women. Through literature and written records a window to the past is created, allowing modern day analysis on the status of women in antiquated Japan. Painting depicting women of ancient Japan. In 552 A.D the introduction of Buddhism from China would interfere with the Shinto dominated perception of women. i.)

The Ancient Japanese Jomon Period: 10,000 B.C. – 400 BC Stable living patterns began to appear in Japan with the arrival of the Jomon people around 10,000 B.C. People during this period began to make open-pit fired clay vessels and decorated them with patterns made by pressing wet clay with unbraided or braided sticks and plaited cord. The Jomon period is typically divided into six different eras; the Incipient, Initial, Early, Middle, Late, and Final periods. Incipient Jomon: 10,000 B.C. - 8,000 B.C.The only archaeological evidence found for the Incipient Jomon era is pottery fragments found in the Kanto plain. Initial Jomon: 8,000 B.C. - 5,000 B.C.Pots were produced for cooking and boiling food. Early Jomon: 5,000 B.C. - 2,500 B.C.During this period, the average global temperature was 4-6 degrees Fahrenheit higher than today's temperature. Middle Jomon: 2,500 B.C. - 1,500 B.C.The Jomon began migrating out of the Kanto plain into the more mountainous areas of Japan. Photos of Jomon period artifacts

Japan Will Be Harvesting Its Solar Energy from Floating Mega-Structures by Natalie Shoemaker The Paris climate talks set forth a global commitment toward supporting renewable energy. It would allow nations to become more self-sufficient, while slowing the coming climate change. As the world works toward a zero-emission economy, some countries have had to get creative about building their solar mega-infrastructure. Take Japan: It's a small, mountainous island nation — building on flat land comes at a premium. However, several companies have come together to find a solution, which would increase the nation's solar farms without taking up valuable land real estate. The project will be Kyocera's fourth floating installation. Here's a video of the floating solar power plant Kyocera completed in the Hyogo Prefecture of Japan: Together, the solar panels will generate 13.7 megawatts, which is enough electricity to power approximately 4,970 households. Photo Credit: CHRISTOPHE ARCHAMBAULT / Getty Staff Natalie has been writing professionally for about 6 years.

Ancient Japan By Tim Lambert The First Japanese Human beings have lived in Japan for at least 30,000 years. During the last ice age Japan was connected to mainland Asia by a land bridge and stone age hunters were able to walk across. About 8,000 BC the ancient Japanese learned to make pottery. Between 300 BC and 300 AD a new era began in Japan. This period is called Yayoi. The Kofun Period in Japan The Yayoi period was followed by the Kofun (from 300 AD to 710 AD). According to tradition in 552 AD the king of Paekche in Korea sent priests to convert Japan to Buddhism. Furthermore in the 7th century AD the emperor became more powerful. Shotoku also built the Horyuji Buddhist temple and monastery in 607. After him, in 646, a series of reforms were made known as the Taika. At that time the capital of Japan was moved when an emperor died as people believed it was unlucky to stay in the same place afterwards. However in the 8th century Buddhist monks and priests began to interfere in politics. Home

These GIFs Show How Hiroshima Has Emerged From Devastation Over 71 Years Japan - Ancient Cultures On the basis of archaeological finds, it has been postulated that hominid activity in Japan may date as early as 200,000 B.C., when the islands were connected to the Asian mainland. Although some scholars doubt this early date for habitation, most agree that by around 40,000 B.C. glaciation had reconnected the islands with the mainland. Based on archaeological evidence, they also agree that by between 35,000 and 30,000 B.C. Homo sapiens had migrated to the islands from eastern and southeastern Asia and had well-established patterns of hunting and gathering and stone toolmaking . Stone tools, inhabitation sites, and human fossils from this period have been found throughout all the islands of Japan. More stable living patterns gave rise by around 10,000 B.C. to a Neolithic or, as some scholars argue, Mesolithic culture. By the late Jomon period, a dramatic shift had taken place according to archaeological studies.

ukiyo-e woodblock prints in animated gifs click 2x wait for it aug 18, 2015 japanese artist brings ukiyo-e woodblock prints to life through animated gifs japanese artist brings ukiyo-e woodblock prints to life through animated gifs(above) katsushika hokusai’s ‘yoshida at tokaido’ animated all gifs courtesy of segawa thirty-seven from the 17th through 19th centuries, ukiyo-e woodblock prints and paintings populated the japanese art and cultural movement. artist katsushika hokusai popularized the trend with his series of ’36 views of mount fuji’, depicting scenes of the renowned mountain captured in different seasons and weather conditions, from a variety of different places and perspectives. these compositions were created through a cooperative effort of craftsman, who each adopted traditional techniques to sketch, carve and colorize the works. a spaceship shocks figures in ‘azai hall – 500 rakan temples’ an animated version of ‘tea house at koishikawa. the morning after a snowfall’ wind sweeps away papers in the image ‘ejiri in the suruga province’

9 Principles of Japanese Art and Culture There are 9 basic principles that underlie Japanese art and culture. They're called aesthetics — concepts that answer the question: what is art? There are 9 Japanese aesthetics. They are the basis for Japanese art, fashion, pop culture, music and movies. 1. Can you imagine if all the characters in movies were perfect? 2. Miyabi is often translated "heartbreaker". 3. Shibui means simple, subtle or unobtrusive. 4. Iki is uniqueness. Iki is the movie character who's a bad-ass with style and grace. 5. Jo-ha-kyu is a tempo that can be translated as — start slowly, accelerate and end suddenly. Modern uses include movies, music and advertising. 6. Yugen states that life is boring when all the facts are known. Where does the smoke come from? 7.Geido (discipline and ethics) Have you ever noticed that Japanese martial arts (and traditional arts) are all about discipline? 8. Ensou is a zen concept. 9. Kawaii is cute.

Japanese Feudalism and European Feudalism Although Japan and Europe did not have any direct contact with one another during the medieval and early modern periods, they independently developed very similar socio-political systems. Often, these systems are labeled as feudal. What is feudalism? The great French historian Marc Bloch defined it this way: "A subject peasantry; widespread use of the service tenement (i.e. the fief) instead of a salary...; supremacy of a class of specialized warriors; ties of obedience and protection which bind man to man...; [and] fragmentation of authority - leading inevitably to disorder." In other words, there are peasants who are tied to the farm land and work for protection plus a portion of the harvest, rather than for money. Similarities between Japanese and European Feudalism Feudal Japanese and European societies were built on a system of hereditary classes. In both feudal Japan and Europe, constant warfare made warriors the most important class.

This Summer's Magical Photos of Japan's Annual Flurry of Fireflies in Forests Summer has arrived, which means longer days and warmer evenings to be spent exploring the great outdoors. In Japan, this season is marked by a magical, natural phenomenon as fireflies spread through the forests around the country, lighting up the night sky. Resembling tiny paper lanterns, these little winged beetles communicate with one another through their steady glows, creating a breathtaking view in the process, if you are lucky enough to stumble upon them. These little creatures typically breed for short periods of time and are difficult to detect when light pollution drowns out their brilliance, so photographers around the country have to be quick and savvy in order to capture their displays of bioluminescence. Further, the little bugs are extremely sensitive, reacting to lights and pollution and typically only live about 10 days, making images that portray their mystical glow that much more special. Above image via 365March (Yu Hashimoto) Image via fumial Image via Yasushi Kikuchi

Japan's Mysterious Pyramids Umami Tomatoes are rich in umami components A loanword from the Japanese (うま味?), umami can be translated as "pleasant savory taste".[4] This particular writing was chosen by Professor Kikunae Ikeda from umai (うまい) "delicious" and mi (味) "taste". People taste umami through receptors for glutamate, commonly found in its salt form as the food additive monosodium glutamate (MSG).[5] For that reason, scientists consider umami to be distinct from saltiness.[6] Background[edit] Discovery[edit] Umami was first scientifically identified in 1908 by Kikunae Ikeda,[17] a professor of the Tokyo Imperial University. Professor Shintaro Kodama, a disciple of Ikeda, discovered in 1913 that dried bonito flakes contained another umami substance.[18] This was the ribonucleotide IMP. Properties of umami taste[edit] Umami has a mild but lasting aftertaste that is difficult to describe. Foods rich in umami[edit] There are some distinctions among stocks from different countries. Taste receptors[edit] References[edit] Notes

Early History and Culture One of the most recognizable remnants of Japan's so-called "Tomb period" is the tomb of Emperor Nintoku, who is said to have reigned during the 4th century. With all the technological innovations coming from modern Japan, it's easy to forget that even they had a Stone Age. From around the middle of the 11th century B.C.E. to 300 B.C.E., Japan was populated by a Neolithic civilization called the Jômon (rope pattern) culture. This group of hunters and gatherers decorated their pottery by twisting rope around the wet clay, to produce a distinctive pattern. But it wasn't until the Yayoi period (300 B.C.E. to 250 C.E.) that Japan became a rice-loving culture. The entrance gate to a Shinto shrine is called a torii. The Tomb period (250 C.E.-552 C.E.) gets its name from the massive tombs that dot the landscape to this day. The Land of Wa The first written records about and by the Japanese date from this time. Ten Thousand Leaves Vying for Power High Art