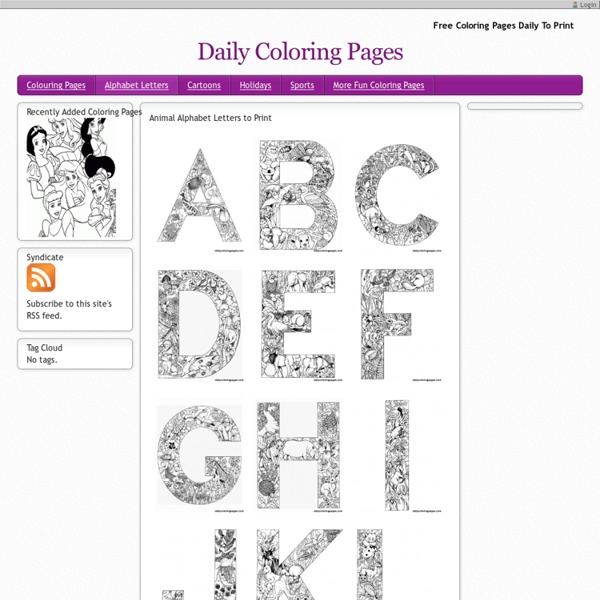 6 Powerful Videos For Talking About Cyberbullying With Kids Talking about cyberbullying with kids is something parents and teachers will all do at some point. It’s a sad fact of digital life. This is true if your own kids or students are experiencing it or not. The fact is it’s happening, and something must be done. It’s easy to say when the terror and degradation isn’t real for us personally. Someone is needlessly hurting or threatening someone else. Breaching the subject of cyberbullying doesn’t have to be hard. No matter what, it’s important that students learn they have a choice. Download the FREE digital citizenship agreements for your classroom Discussing cyberbullying is a real critical thinking opportunity. What do you know about cyberbullying that you didn’t before? Teens React to Bullying (Amanda Todd) The story of Amanda Todd is infamous and beyond tragic. [youtube Let’s Fight It Together This is an older one (2008) and very well done. [youtube The Cyberbullying Virus The Line

Build a rocket stove for home heating | IWillTry.org Author’s note, 2015-02-14: Based on the interest I’ve received in this project, I’m considering selling plans for a stove similar to the one described in this article. See the Rocket Stove Plans section at the end of the article and let me know if you’d be interested. Original article: For some time I’ve been considering the best way to deal with a pile of scrap wood that has been growing next to my home, the result of many woodworking and carpentry projects I’ve been involved in over the years. taking it to the landfillcutting it into chips and using it as mulchburning it From a climate change standpoint, the latter of these is surprisingly the least harmful in the long run. Burning also has a side benefit. Ads by Google Warnings Fire is dangerous. 0. 1. 2. 3. 4. How is a rocket stove different from a regular wood stove? The following illustration shows the basic design. Construction Rocket stove mass heaters are often built from steel drums. Mad scientist at work… Does it work? Savings

Some study that I used to know: What do you remember from high school? Author Note: This is the first YouTube video I've tried "flipping" into a TEDed lesson, as I work to learn how to make best use of the new TEDed platform for making videos into interactive lessons. I'd welcome encouragement, feedback and questions from others trying it out. An idea for an extension project: Goyte's song, "Somebody I used to Know" has been covered and parodied by several other artists. Songs are often more memorable than spoken language. Additional resources for meta-learning and learning assessment at learninghabits.wordpress.com Dream Dictionary | SmartGirl The significance of dreams has probably been debated since people first developed the ability to communicate. Despite this, there's still no agreement on why we dream. It's hard to believe that dreams have no meaning at all, though, especially when it's so much fun to try to figure out what they're trying to tell us. Choose a letter: Accident Dreaming of an accident is a warning to pay attention to a certain situation in your real life before it gets out of control. Achievement To dream of an achievement denotes that you will be greatly satisfied with the outcome of a situation or project. Acne Dreaming of having acne symbolizes self-esteem issues and your insecurities. Actor/Actress To see an actor or actress in your dream represents your pursuit of pleasure. Adoption To dream that you or others were adopting a child indicates that you are taking on something new and different. Afraid Airplane Alcohol To dream that you are drinking alcohol in excess signifies feelings of insecurity and regret.

Former drug user finds unexpected role as educator after four strokes By Rebecca Turner Posted In the days when he could walk and talk properly, Craig Kellenberg was a busy drug dealer who loved to stay awake for days at a time on a methamphetamine binge with his mates. Now, after having four strokes by the age of 30, he struggles to sign his name and find the right words to say how he feels. Mr Kellenberg has an acquired brain injury as a result of his strokes, which were caused by drug use. He is one of many thousands of young Australians living with a stroke-related disability. But it is hard to know just how many drug-related stroke victims like Mr Kellenberg are in the community because, as stroke specialists will tell you, the link between the two has not been adequately researched. Neurologist James Leyden said he had seen many case studies where meth had caused strokes but there was a lack of population-based evidence. "Meth has been associated with strokes but it's a huge area in need of more research," he said. Not expected to survive the night

thinking styles The following is edited and adapted from It is intended to supplement personal understanding and enhance critical self-examination of yourself as a communicator. Styles of Thinking "How do people think about things?" Harrison and Bramson, through their research detailed in their text The Art of Thinking, found that in Western society there are five distinct styles of thinking. Most people show a marked preference for one or two of the styles. 1. 2. 3. 4. 5. Synthesists "Synthesists are apt to appear challenging, skeptical, or satirically amused, even when you can see no cause for any of that." A Synthesist can juggle both arguments and counter arguments mentally and recognize the validity of each and form new ideas from that conflict. The first common strategy of the Synthesist is that of "Open Argument and Confrontation." Their second common strategy is "Asking Dumb-Smart Questions." Synthesists like to speculate. Idealists

ROBOT FINGER INTRO This robot finger is as easy as cutting and taping. If you make 5 of these fingers and tape them, you can make a hand. It's less messy to make than the advanced robot hand project. I first thought about a working models of a fingers and hands when I became literally unable to lift a finger. I was paralyzed below my shoulders. I recovered over a period of about three years, but I never took my fingers for granted anymore. I learned that fingers get their amazing strength from strings (called tendons) connected to big, powerful muscles in our forearms. The project really comes alive with excitement when you combine it with activities that allow you to actually see and feel the tendons going through your wrist, going to your own fingers.

GIANT ROBOT FINGER ASSEMBLY NOTE: There are 3 levels of difficulty - -from a simple one-piece finger, to a whole hand -- depending how far you go in the instructions. Going to Step 4 will give you a basic finger with one tendon. That's enough to get the point about how tendons work. Going on to Step 5 will get you a finger with opposing tendons. If you make 5 fingers (they don't have to have opposing tendons), Step 7 will show you how to make them into a hand. What you need: string You will need about 2 feet per finger. thin cardboard I use cereal boxes to recycle them, but you can use "poster board." scissors, tape, (ruler, optional) Either clear tape or masking tape will work. Step 1 Cut out the cardboard using the pattern, Click here and print out the pattern page. Roll 4 pieces of tape into circular "doughnuts" with the sticky side out. Notice that there are two kind of lines on the pattern: solid lines (shown in blue in the illustration) and dashed lines (shown in green in the left illustration). Step 2 Step 3 Step 4

The Pain & Beauty of Life Changes By Leo Babauta The reason for our suffering is our resistance to the changes in life. And life is all changes. While I resist change (and suffer) just like anyone else, I have learned to adapt. Everything changes, and this is beautiful. The Pain of Life’s Changes What do I mean that our suffering comes from resistance to the changes in life? Let’s take a look at some things that give us trouble: Someone yells at you at work. That’s just a start. So this is the pain of change, of not being in control, of things not meeting our expectations. How do we cope? The Beauty of Life Changes We can cope with the pain in numerous ways: get angry and yell, drink or do drugs, eat junk food, watch TV or find other distractions. Or, we can embrace the changes. If changes are a basic fact of life (actually life is nothing but change), then why resist? See the beauty of change. It’s hard, because we’re so used to resisting. Someone yells at you at work.

PocketMod: The Free Recyclable Personal Organizer 25 clever ideas to make life easier Via: amy-newnostalgia.blogspot.com Why didn’t I think of that?! We guarantee you’ll be uttering those words more than once at these ingenious little tips, tricks and ideas that solve everyday problems … some you never knew you had! (Above: hull strawberries easily using a straw). Via: apartmenttherapy.com Rubbing a walnut over scratches in your furniture will disguise dings and scrapes. Via: unplggd.com Remove crayon masterpieces from your TV or computer screen with WD40 (also works on walls). Via: athomewithrealfood.blogspot.com Stop cut apples browning in your child’s lunch box by securing with a rubber band. Via: marthastewart.com Overhaul your linen cupboard – store bedlinen sets inside one of their own pillowcases and there will be no more hunting through piles for a match. Via: realsimple.com Pump up the volume by placing your iPhone / iPod in a bowl – the concave shape amplifies the music. Via: savvyhousekeeping.com Re-use a wet-wipes container to store plastic bags. Via: iheartnaptime.net

Knock-Knock Jokes for Kids & Grown-Ups | Reader's Digest Knock! Knock! Who’s there? Control Freak. Con— Okay, now you say, “Control Freak who?” Knock! Olive. Olive who? Olive you and I don’t care who knows it! Knock! Ho-ho. Ho-ho who? You know, your Santa impression could use a little work. Hanna. Hanna who? …Hanna partridge in a pear tree! Mary and Abbey. Mary and Abbey who? Mary Christmas and Abbey New Year! Irish. Irish who? Irish you a Merry Christmas! Santa. Santa who? Santa email reminding you I’d be here, and you STILL make me wait in the cold! Snow. Snow who? Snow use. Yule log. Yule log who? Yule log the door after you let me in, won’t you? Carmen. Carmen who? Carmen let me in already! Ya. Ya who? I’m excited to see you too! Sherlock. Sherlock who? Sherlock your door shut tight. Robin. Robin who? Robin you! Police. Police who? Police hurry—I’m freezing out here! Otto. Otto who? Otto know what’s taking you so long! Orange. Orange who? Orange you gonna open the door?