Distances from the Sun 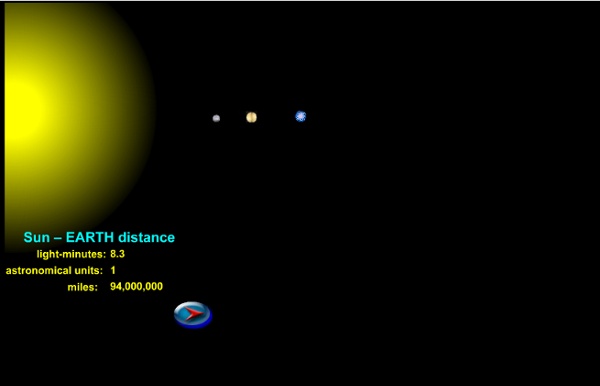 Radio telescopes capture best-ever snapshot of black hole jets An international team, including NASA-funded researchers, using radio telescopes located throughout the Southern Hemisphere has produced the most detailed image of particle jets erupting from a supermassive black hole in a nearby galaxy. "These jets arise as infalling matter approaches the black hole, but we don't yet know the details of how they form and maintain themselves," said Cornelia Mueller, the study's lead author and a doctoral student at the University of Erlangen-Nuremberg in Germany. The new image shows a region less than 4.2 light-years across -- less than the distance between our sun and the nearest star. Radio-emitting features as small as 15 light-days can be seen, making this the highest-resolution view of galactic jets ever made.

20 Creative Resume Designs Which Will Amaze Any Potential Employer A great showcase design post of some truly creative and inspiration CV designs which im sure would blow away any potential employer. The post focus on creative designs which make use of creative layout and designs which focus on colour. We would love for you to share within the comments your favourite designs from the post 1.My Resume Oddity Archive & 20 interesting human body facts - StumbleUpon The Blue Fugates Troublesome creek in the state of Kentucky, U.S.A was not famous for any trouble as the name suggests, but for an odd family that lived in this wilderness. Troublesome Creek is known worldwide for the Fugates family that dwelt there. The Fugates were known as the ‘blue people’ and were an oddity because they were ... Sphinx Known fruit of the unknown; Daedalian plan; Out of sleeping a waking, Out of waking a sleep; Life death overtaking; Deep underneath deep? – the Sphinx by Ralph Waldo Emerson (1841) A creature of immense beauty and curiosity, Sphinx has held the fascination of people around the world.

Daylight Hours Explorer Shows the hours of daylight received during the year for an observer at a given latitude. This is an important factor contributing to the seasons. Running this animation on your computer... Murphy's Law Calculator Murphy's Law Calculator From a formula for * Sod's Law provided by British Gas: ((U+C+I) x (10-S))/20 x A x 1/(1-sin(F/10)) "anything that can go wrong, will go wrong!" Find out in advance whether you will be able to successfully repair your VCR, get to a meeting on time, impress your date, or be a success at any activity whatsoever ! Score: 4.199 Risk Factor: 34026.7

s Introduction to Complex Systems - StumbleUpon by David Kirshbaum I. Introduction: Complex Systems Theory : Basic Definition II. Four Important Characteristics of Complexity: Video Courses on Academic Earth Astronomers use tools like telescopes, cameras and spectrographs to study interactions between materials and energy within the universe. These scientists learn about galaxies, solar systems, planets and stars through careful observation and measurement recording. Astronomers also refer to natural sciences and mathematics to form and test theories. An integral part of a student’s astronomy experience is the quality of equipment and facilities they have access to.

Murphy's Law Calculator Murphy's Law Calculator From a formula for * Sod's Law provided by British Gas: ((U+C+I) x (10-S))/20 x A x 1/(1-sin(F/10)) "anything that can go wrong, will go wrong!" Find out in advance whether you will be able to successfully repair your VCR, get to a meeting on time, impress your date, or be a success at any activity whatsoever ! Score: 4.355 Risk Factor: 35286.9 John Conways Game of Life - StumbleUpon The Game The Game of Life is not your typical computer game. It is a 'cellular automaton', and was invented by Cambridge mathematician John Conway. This game became widely known when it was mentioned in an article published by Scientific American in 1970. It consists of a collection of cells which, based on a few mathematical rules, can live, die or multiply.

Explore Nature» Air Resources Division-Natural Lightscapes The darker the sky, the more stars can be seen. The following simulated images depict how the constellation Orion appears under various sky conditions. Images are courtesy of GLOBE at Night. How good is your sky at home?