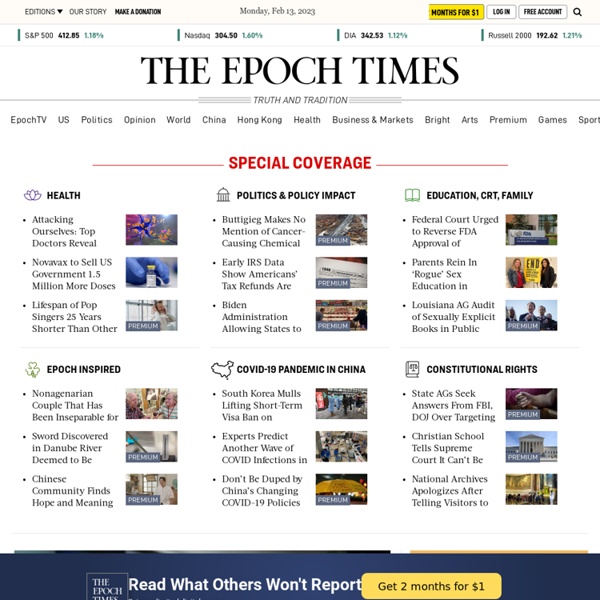 CRP In the News Bloomberg Politics Published on 6/9/17 The U.S. Chamber of Commerce spent nearly $104 million on lobbying last year making it the top lobbying spender among 3,734 groups tracked by the Center for Responsive Politics. The International Business Times Published on 6/8/17 Einstein’s God: Krista Tippett and Theoretical Cosmologist Janna Levin on Free Will, Science, and the Human Spirit by Maria Popova “How we ask our questions affects the answers we arrive at… Science and religion… ask different kinds of questions altogether, probing and illuminating in ways neither could alone.” Seven decades after a little girl asked Einstein whether scientists pray, Peabody Award-winning journalist Krista Tippett began interviewing some of the world’s most remarkable scientists, philosophers, and theologians about the relationship between science and spirituality in her superb public radio program On Being — the same trove of wisdom that gave us Sherwin Nuland on what everybody needs and Joanna Macy on how Rilke can help us live more fully. Tippett, who was awarded the National Humanities Medal for her ennobling work, collected the best of these dialogues in Einstein’s God: Conversations About Science and the Human Spirit (public library) — an immeasurably rewarding compendium featuring such contemporary luminaries as Parker Palmer, Freeman Dyson, Andrew Solomon, and Sherwin Nuland.

INAE Research internship at CRBI by Sharad, NIT Jamshedpur (Civil Engg) Have a Chat With Him InternFeel ID: IF15036 InternFeel: Hello Sharad, please tell us about yourself. What makes you different? Sharad: Hi, I am 7th semester Civil Engineering B-Tech student, from NIT Jamshedpur. Pourquoi pas Pékin levé le commutateur de nationalisme contre le Vietnam? Up to 21 people, include 16 Chinese, were killed in riots at a Taiwanese steel mill in Vietnam on Thursday after anti-China protests spread to the center of the country from south where several other Chinese-looking factories have been set to fire or looted. These riots, which came after China moved a billion–dollar oil rig into disputed waters in the South China Sea, hit headlines around the world….except in China. Protesters in Vietnam China’s state media have been surprisingly quiet about what happened to Chinese businesses and nationals in Vietnam – one has to scroll down at least twice before spotting the first mention of Vietnam on the websites of Xinhua, CCTV or People.com. More interestingly, existing reports on anti-China riots in Vietnam significantly played down what’s happening. During the past 24 hours, the only Vietnam-related news post on the official Weibo account of People’s Daily was about 1 Chinese being killed and over 1000 Vietnam protesters being arrested.

Latest - The Atlantic What Did Mike Pompeo Do? Reports that Trump asked intelligence chiefs to help shut down the investigation into Michael Flynn raise the question of whether the CIA director was asked to do the same, and how he reacted if he was. There's No Such Thing as 'Honest Loyalty' Fueling the clash between Comey and Trump was this simple fact—they inhabit incompatible moral universes.

“One Last Time” Star Ariana Grande Doppelganger becomes an Instagram hit Although Grande Ariana is certainly unique for their fans, which is “one last time” hit maker often copied. Especially her look did it the girls all over the world. However, none is so perfect double as the Irish Jacky Vasquez. With songs such as “one last time” climbs Ariana Grande (21) regularly the chart tips. Ruriko Yoshida: Code codes for sequential importance sampling and MCMC by Wei and Zhou. MJOIN by Dan Levy, Lior Pacther, and Ruriko Yoshida. Mavid by Nick Bray and Lior Pachter. LattE by Jesus DeLoera, David Haws, Raymond Hemmecke, Peter Huggins, Jeremy Tauzer, and Ruriko Yoshida. 4ti2 by Raymond Hemmecke. Computation of minimal points in lattices (Graver and Hilbert bases).

Anti-Chinese Sentiment on Rise in Myanmar The Shwe pipeline shaves an angry bald strip across the red clay hills and disappears into the morning mist. A sign hanging above an area cordoned off by bamboo fencing warns in English, “Severe punishment on pipeline destruction.” “Families were forced to move,” says Omar, a 31-year-old Palaung village chief based just outside Hsipaw town in northern Myanmar on the road to China. Daily Intelligencer Deadlocked SCOTUS Keeps Obama Immigration Initiative Frozen There's no telling how this saga will end. By Ed Kilgore There's no telling how this saga will end. Share Tweet Get smarter news, now.

Unbelievable Returns for Homeowners in Naples, FL In recent times, Naples in Florida has developed in to a million dollar market for new construction condos and country clubs. These country clubs have helped to increase the market share of real estate in Naples. Experts believe that in coming years Naples’s real estate will get a hike in number of country clubs and lavish waterfront homes. This sunshine belt of Naples and Bonita Springs has been outstanding and dominating always for the real estate agencies with their stunning investment options.