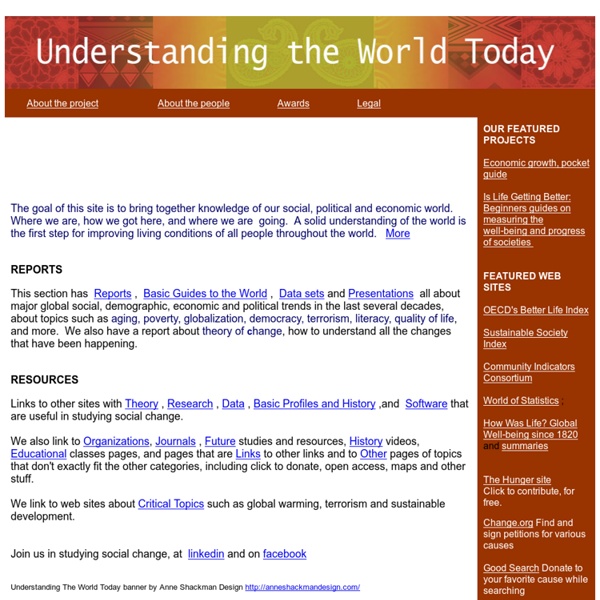 The open source revolution is coming and it will conquer the 1% - ex CIA spy | Nafeez Ahmed | Environment Robert David Steele, former Marine, CIA case officer, and US co-founder of the US Marine Corps intelligence activity, is a man on a mission. But it's a mission that frightens the US intelligence establishment to its core.With 18 years experience working across the US intelligence community, followed by 20 more years in commercial intelligence and training, Steele's exemplary career has spanned almost all areas of both the clandestine world. Steele started off as a Marine Corps infantry and intelligence officer. In 1992, despite opposition from the CIA, he obtained Marine Corps permission to organise a landmark international conference on open source intelligence – the paradigm of deriving information to support policy decisions not through secret activities, but from open public sources available to all. But the CIA wasn't happy, and ensured that Steele was prohibited from running a second conference. Today's capitalism, he argues, is inherently predatory and destructive: Dr.

The Holy Family by Marx and Engels The Holy Family Chapter VI 3) d) Critical Battle Against French Materialism “Spinozism dominated the eighteenth century both in its later French variety, which made matter into substance, and in deism, which conferred on matter a more spiritual name.... Spinoza’s French school and the supporters of deism were but two sects disputing over the true meaning of his system.... The simple fate of this Enlightenment was its decline in romanticism after being obliged to surrender to the reaction which began after the French movement.” That is what Criticism says. To the Critical history of French materialism we shall oppose a brief outline of its ordinary, mass-type history. “Speaking exactly and in the prosaic sense”, there are two trends in French materialism; one traces its origin to Descartes, the other to Locke. We shall therefore merely say the following: Descartes in his physics endowed matter with self-creative power and conceived mechanical motion as the manifestation of its life.

Foundations of Modern Social Theory Durkheim, Émile. The Division of Labor. New York: The Free Press, 1984. Durkheim, Émile. Durkheim, Émile. Freud, Sigmund. Freud, Sigmund. Hobbes, Thomas. Locke, John. Marx, Karl. Marx, Karl. Marx, Karl, and Frederick Engels. Marx, Karl. Mill, John Stuart. Mill, John Stuart. Montesquieu, Charles de. Nietzsche, Friedrich. Rousseau, Jean-Jacques. Rousseau, Jean-Jacques. Smith, Adam. Weber, Max. Weber, Max. Revolutionary France The French Revolution began in the domain of philosophy and social theory. French materialist philosophy, social theory and socialist ideas were significant influences on the development of Communism and major contributors to Marx’s ideas. The following writers of Pre-Revolutionary France are significant: Marx gives the following analysis of the history of French Materialism & Communism in The Holy Family, 1845 In his Lectures on the History of Philosophy, Hegel presents the following summary of French Philosophy, 1830. The French Revolution of 1789 The Great French Revolution of 1789 not only overthrew the monarchy in France, but ultimately led to the destruction of the Old Order across Europe. In A Short History of the French Revolution for Socialists., Belfort Bax presents the analysis that Marxists made of the French Revolution in 1890, also Jean-Paul Marat. Babeuf and the Conspiracy of the Equals, Bax 1911. See the French Revolution History Archive. Marx-Engels Letters on France. The PCF

Sociology What this handout is about This handout introduces you to the wonderful world of writing sociology. Before you can write a clear and coherent sociology paper, you need a firm understanding of the assumptions and expectations of the discipline. You need to know your audience, the way they view the world and how they order and evaluate information. So, without further ado, let’s figure out just what sociology is, and how one goes about writing it. What is sociology, and what do sociologists write about? Unlike many of the other subjects here at UNC, such as history or English, sociology is a new subject for many students. So, just what is a sociological perspective? Key assumptions and characteristics of sociological writing What are the most important things to keep in mind as you write in sociology? Argument The first thing to remember in writing a sociological argument is to be as clear as possible in stating your thesis. Evidence Units of analysis Typical writing assignments in sociology

Help:IPA for Hindi and Urdu The charts below show the way in which the International Phonetic Alphabet (IPA) represents Hindi and Urdu pronunciations in Wikipedia articles. See Hindi-Urdu phonology for a more thorough discussion of the sounds of Hindustani. ^ Jump up to: a b c d e f g h To an English ear, [t̪ t̪ʰ ʈ ʈʰ] all sound like /t/, and [d̪ d̪ʱ ɖ ɖʱ] all sound like /d/. However, to a Hindi-Urdu speaker's ear these are very different sounds. [t̪ d̪] are like Spanish or French [t d], with the tongue touching the teeth, and [t̪ʰ d̪] are how a Hindi-Urdu speaker hears English /θ ð/ (the th sounds). Hindi-Urdu [ʈ ɖ] are pronounced with the tongue further back, touching behind the teeth, and [ʈʰ ɖ] are how a Hindi-Urdu speaker hears English t d; [ʈ] is how they hear English t after s.Jump up ^ [v], [w] and intermediate [ʋ] are allophonic in Hindi-Urdu.

Robert Throop and Lloyd Gordon Ward. Project Inventory Arranged by Author After years of playing around with "splash pages" and "sub-sites," we have come to the conclusion that we have no talent for them, but that it doesn't matter — hardly anyone visited them. Almost everyone came to the site from one or another of the search engines. And that's the way it should be. The project originated as a "document repository," the search engines provide the best and easiest access to the materials stored here. So now, the site-map cum inventory serves as the Mead Project's "default" page. The site has grown considerably since the last update. The growth in the collection reflects the changes in our research interests over the past two years. Integrating these these areas has meant that we have had to add the occasional paper from several other writers, and stories from magazines and newspapers ranging from Philanthropy and Social Hygiene to entries from The Book of Chicagoans and the Knoxville Journal and Tribune. Theodore Abel. Jane Addams Samuel Alexander William H.

American Indian Movement Flag of the American Indian Movement The American Indian Movement (AIM) is a Native American advocacy group in the United States, founded in 1968 in Minneapolis, Minnesota, with an agenda that focuses on spirituality, leadership, and sovereignty. The founders included Dennis Banks, George Mitchell, Herb Powless, Clyde Bellecourt, Harold Goodsky, Eddie Benton-Banai, and a number of others in the Minneapolis Native American community.[1] Russell Means, born Oglala Lakota, was an early leader in 1970s protests. In October 1972, AIM gathered members from across the country to a protest in Washington, D.C. known as the "Trail of Broken Treaties". AIM gained national attention when it seized the Bureau of Indian Affairs national headquarters and presented a 20-point list of demands to the federal government. Background[edit] 1960s[edit] Presidents John F. Wallace "Mad Bear" Anderson was a Tuscarora leader in New York in the 1950s. The initial AIM movement[edit] Events[edit] 1978[edit] 2008[edit]