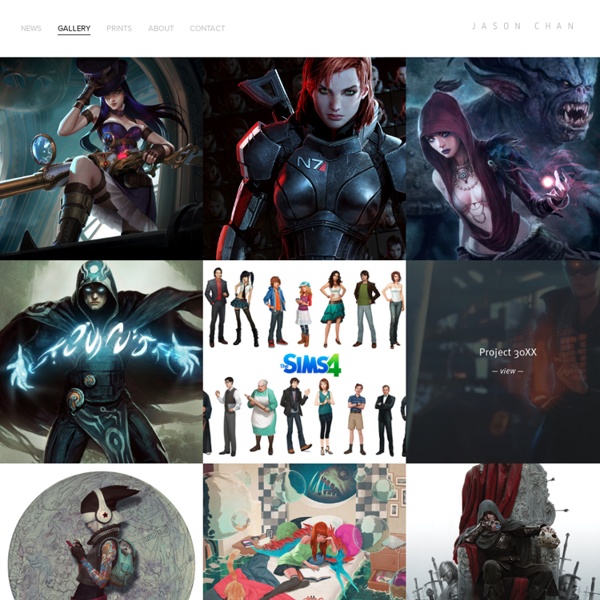 Igor Kieryluk Art MoCo: &quot;Human Candles&quot; Walter Martin and Paloma Munoz have been collaborating since 1993 to produce some excellent examples of sassy sculpture for private collections as well as public art. The Human Candles are life-sized wax candles that produce a terribly eerie effect as they are burned and the humans hollow out, wax dripping instead of the customary sweat. Their shoe/feet combinations are just as off-putting, and indeed, a lot of their work presents unexpected anatomical reminders or intrusions. Artist: Walter Martin & Paloma Munoz + martin-munoz.com They Cannot Speak Improved Faucet Parting Shot The Illustration of David Palumbo

ijustdraw Dave Rapoza Image Savant - S P O R E James Ryman Terese Nieslen Moscow Metro Let's be frank - this is the mother of all metros - elegant and impressive compared with the rather grubby affairs in London and New York, and full of passion and style if you ever feel like putting it up against the soulless affairs of the Far East. Many of Moscow's metro stations are architectural masterpieces, heavily themed-up with sculptures, reliefs and mosaics expounding the benefits of a healthy communist life, so expect a full-on dose of soldiers, workers, tractor-drivers, artists and sportsmen. The Moscow Metro not only looks good - it really works efficiently too. Prices are very reasonable (60 roubles will buy you a ticket valid for 5 trips city-wide), and the trains run very frequently and very fast. Of course navigating Moscow's metro can be tricky, especially if you're not so familiar with the language. Comments Bill Dunn from United States Reply Apr 3rd, 2011 When you leave the Metro, in many places you can buy a shot of Vodka at a vendor's stand at the top of the stairs.