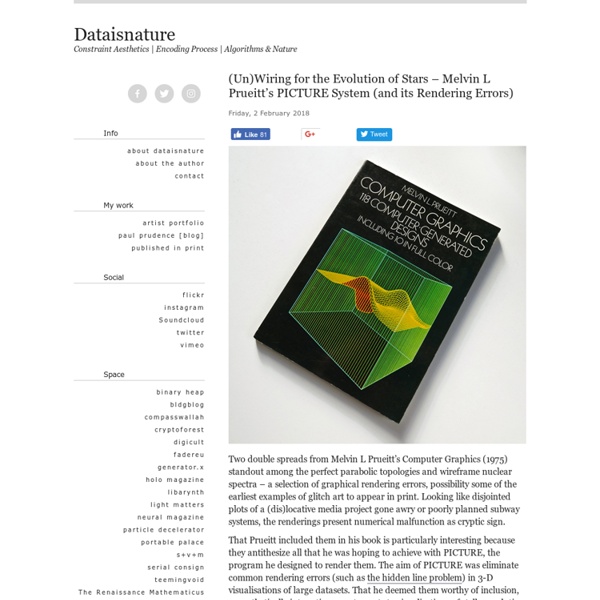 Agate – Smithsonian Institution Surrealist and Sociologist Roger Caillois was known for his writings on biomimicry, especially within the insect world, pareidolia and lithic scrying. His latter interest provided us with The Writing of Stones, a book in which he unravels the ‘unfathomable graphic madness’ etched onto the rocks contained within the ‘archives of geology’. Each chapter of the book is dedicated to a species of rock – in each he channels ever increasingly dense, extravagant, and at times morbid tales from the authorless inscriptions each stone contains. ‘An Agate may shadow forth a tree, a forest, a whole landscape….clouds, lightning, a great sea full of fleeing galleys….Such objects may resemble a mountain or a cave – they reduce space and condense time’ ‘Orbits’ Jasper – from the Writing of Stones

code Bdale maintains a repository that contains the FreedomBox installer, Freedom Maker. You can grab those bits with git clone That code will install a minimum Debian box from which we can build upward! It requires a DreamPlug and a JTAG cable. This software is just a base Debian GNU/Linux install. It is aimed at sophisticated developers. feltron Mapping Neighborhoods in Boston, San Francisco and New York. Hand-drawn animation of 43 years of the Sun’s weather. (via kottke) William Stone Branching Drawings (identified by wowgreat) Geometric choropleths 1895 vs 1978

The deep roots of writing Recent scholars of the history of writing describe what was first and foremost an administrative tool. According to their ‘administrative hypothesis’, writing was invented so that early states could track people, land and economic production, and elites could sustain their power. Along the way (their argument goes) writing became flexible enough, in how it captured spoken language, to be used for poetry and letters and, eventually, word games such as Mad Libs and fortune cookies. Inorganic Speciation Inorganic Speciation by Iain Maxwell + Dave Pigram (supermanoueuvre) Form is the primary instrument through which architecture engages with the world. It is this firmly held position that motivates supermanoeuvre to develop custom methodologies of formation that allow for the explicit and open-ended negotiation between multiple architectural intentions and the complex milieux within which they will operate. These methodologies are algorithmic in nature, primarily digitally enacted, and extend the capacities of the form-finding tradition within architecture through a decoupling of its processes from the limits of physics, enabling a broader examination of the number and nature of negotiable inputs.

You don’t ‘own’ your own genes CCourt-proposed molecular points of distinction that allow claims on isolated DNA sequences. On the basis of two molecular changes (small circles) to a single phosphate and one hydroxyl group, the Federal Circuit suggested that a new DNA fragment is patentable subject matter. (Credit: Genome Medicine) 37 tools It's often said that data is the new world currency, and the web is the exchange bureau through which it's traded. As consumers, we're positively swimming in data; it's everywhere from labels on food packaging design to World Health Organisation reports. As a result, for the designer it's becoming increasingly difficult to present data in a way that stands out from the mass of competing data streams. Get Adobe Creative Cloud One of the best ways to get your message across is to use a visualization to quickly draw attention to the key messages, and by presenting data visually it's also possible to uncover surprising patterns and observations that wouldn't be apparent from looking at stats alone. And nowadays, there's plenty of free graphic design software to help you do just that.

Hobo Signs The Page Begins Here Hobo Signs The original hobo sign. Copied and imitated by others, accept only the original"A-No.1" Was Here! Hobo signs - Beginning in the 1880's up until World War Two, hoboes placed markings on fences, posts, sidewalks, buildings, trestles, bridge abutments, and railroad line side equipment to aid them and others of their kind in finding help or steering them clear of trouble. Usually, these signs would be written in chalk or coal letting others know what they could expect in the area of the symbol.