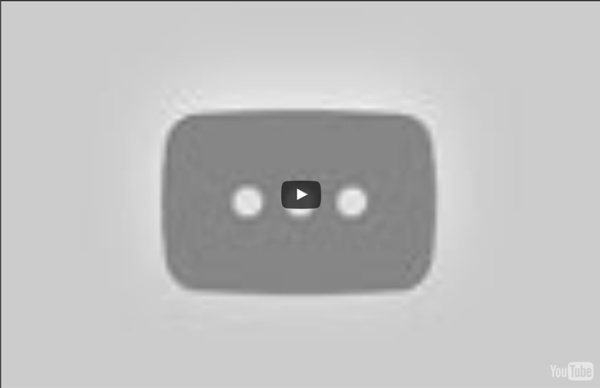 A billion-year storage medium that could outlive the human race A QR code etched in tungsten and embedded in graphene oxide on an optical disc Credit: University of Twente) Researcher Dr. Jeroen de Vries from the University of Twente MESA+ Institute for Nanotechnology suggests we could store data for one million to one billion years, using a new storage medium based on tungsten and graphene oxide. He imagines two possible scenarios: Disaster has devastated the earth and society must rebuild the worldWe need to create a legacy for future intelligent life that evolves on Earth or comes from other worlds. Optical-disc information carrier de Vries has developed a novel optical-disc information carrier that he says can store such information for extremely long periods of time, using etching techniques. Left: scanning electron micrograph of the cross-section of the encapsulated lines in the disc test sample; right: scanning electron micrograph of the sample after 1 hour at 200 degrees Celsius (credit: Jeroen de Vries et al. The ultimate aging test References:

The lies behind this transatlantic trade deal | George Monbiot Panic spreads through the European commission like ferrets in a rabbit warren. Its plans to create a single market incorporating Europe and the United States, progressing so nicely when hardly anyone knew, have been blown wide open. All over Europe people are asking why this is happening; why we were not consulted; for whom it is being done. They have good reason to ask. The commission insists that its Transatlantic Trade and Investment Partnership should include a toxic mechanism called investor-state dispute settlement. This mechanism could threaten almost any means by which governments might seek to defend their citizens or protect the natural world. No longer able to keep this process quiet, the European commission has instead devised a strategy for lying to us. The message is that the trade deal is about "delivering growth and jobs" and will not "undermine regulation and existing levels of protection in areas like health, safety and the environment". Quite right too.

Peter Higgs: I wouldn't be productive enough for today's academic system | Science Peter Higgs, the British physicist who gave his name to the Higgs boson, believes no university would employ him in today's academic system because he would not be considered "productive" enough. The emeritus professor at Edinburgh University, who says he has never sent an email, browsed the internet or even made a mobile phone call, published fewer than 10 papers after his groundbreaking work, which identified the mechanism by which subatomic material acquires mass, was published in 1964. He doubts a similar breakthrough could be achieved in today's academic culture, because of the expectations on academics to collaborate and keep churning out papers. Speaking to the Guardian en route to Stockholm to receive the 2013 Nobel prize for science, Higgs, 84, said he would almost certainly have been sacked had he not been nominated for the Nobel in 1980. Higgs said he became "an embarrassment to the department when they did research assessment exercises".

This book appears very interesting! "You are Not... - Daniele Mancinelli 5 insane stories from Black Friday (with bonus footage of mayhem from past years) | World For Americans, Black Friday shopping is a national pastime. After gorging on turkey and pumpkin pie, thousands of people fill the malls, and form long lines outside of big box stores hoping to get a good deal on essentials like towels, video games, DVDs, waffle makers, Xboxes, PS3s, electronics and more. You know - the essentials. And for the most part, things stay pretty calm; well, as calm as things can go when you’re battling for $1.28 towels. But when prices go low enough, some bargain hunters can get a little crazy. Here, we take a look back at five horrific stories from Black Friday, with bonus video of the craziness from past years. For a detailed list of the deaths and injuries that have occurred during Black Friday shopping, visit blackfridaydeathcount.com. 1.Two people shot outside Walmart over parking space (2012) Everyone knows mall parking is struggle starting on Nov. 1. 2.Walmart employee trampled to death (2008) Detective Lt. 3.Tot left in car while man shops for TV (2012)

CWRU engineering researchers report nanoscale energy-efficient switching devices at IEDM 2013 By relentlessly miniaturizing a pre-World War II computer technology, and combining this with a new and durable material, researchers at Case Western Reserve University have built nanoscale switches and logic gates that operate more energy-efficiently than those now used by the billions in computers, tablets and smart phones. Electromechanical switches were the building blocks of electronics before the solid-state transistor was developed during the war. A version made from silicon carbide, at the tiniest of scales, snaps on and off like a light switch, and with none of the energy-wasting current leakage that plagues the smallest electronics today. The scientists report their findings today at the International Electron Devices Meeting in Washington D.C. The tiny switch's moving part is only about one cubic micron in volume, more than a thousand times smaller than devices made in today's mainstream microelectromechanical systems (MEMS). Tina He, Prof.

BioPen: A handheld 3D printer for surgeons A handheld ‘bio pen’ developed in the labs of the University of Wollongong (UOW) will allow surgeons to design customised implants on-site and at the time of surgery. The BioPen, developed by researchers from the UOW-headquartered Australian Research Council Centre of Excellence for Electromaterials Science (ACES), will give surgeons greater control over where the materials are deposited while also reducing the time the patient is in surgery by delivering live cells and growth factors directly to the site of injury, accelerating the regeneration of functional bone and cartilage. The BioPen works similar to 3D printing methods by delivering cell material inside a biopolymer such as alginate, a seaweed extract, protected by a second, outer layer of gel material. The two layers of gel are combined in the pen head as it is extruded onto the bone surface and the surgeon ‘draws’ with the ink to fill in the damaged bone section.

Vast Freshwater Reserves Found Beneath the Oceans A new study, published December 5 in the international scientific journal Nature, reveals that an estimated half a million cubic kilometres of low-salinity water are buried beneath the seabed on continental shelves around the world. The water, which could perhaps be used to eke out supplies to the world's burgeoning coastal cities, has been located off Australia, China, North America and South Africa. "The volume of this water resource is a hundred times greater than the amount we've extracted from the Earth's sub-surface in the past century since 1900," says lead author Dr Vincent Post (pictured) of the National Centre for Groundwater Research and Training (NCGRT) and the School of the Environment at Flinders University. "Knowing about these reserves is great news because this volume of water could sustain some regions for decades." Dr Post says that groundwater scientists knew of freshwater under the seafloor, but thought it only occurred under rare and special conditions.

Carregado em 22/07/2010
Japanese artist Isao Hashimoto has created a beautiful, undeniably scary time-lapse map of the 2053 nuclear explosions which have taken place between 1945 and 1998, beginning with the Manhattan Project's "Trinity" test near Los Alamos and concluding with Pakistan's nuclear tests in May of 1998. This leaves out North Korea's two alleged nuclear tests in this past decade (the legitimacy of both of which is not 100% clear).

Each nation gets a blip and a flashing dot on the map whenever they detonate a nuclear weapon, with a running tally kept on the top and bottom bars of the screen. Hashimoto, who began the project in 2003, says that he created it with the goal of showing"the fear and folly of nuclear weapons." It starts really slow — if you want to see real action, skip ahead to 1962 or so — but the buildup becomes overwhelming. by lenadias Nov 16