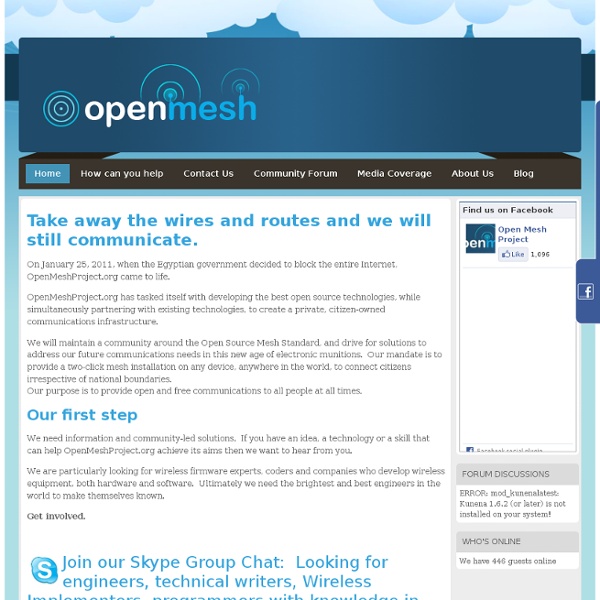 How Long Before VPNs Become Illegal? Across the world initiatives are appearing with an aim to increase Internet monitoring. In the U.S. file-sharers will soon be monitored and reported on behalf of the MPAA and RIAA, and in the UK there are plans to monitor and store all Internet communications. Countering this increased surveillance people are turning en masse to VPN services to ensure their privacy. This begs the question; how long before VPNs become illegal? In the coming decade there will be an avalanche of initiatives to regulate and monitor the Internet. The freedom, privacy and relative anonymity that people experience today will only be short-lived if the copyright lobby and intelligence agencies have their way. In the U.S. there is CISPA, a bill that would put an end to people’s privacy on the Internet by allowing companies to spy on Internet users. In the U.K. there are similar developments. A scary prospect for many, but as always there are plenty of ways to circumvent these spying efforts. But for how long?

Dropbox Bans BitTorrent Startup Boxopus Over Piracy Concerns Dropbox has banned the new BitTorrent startup Boxopus from accessing its API. The company fears that BitTorrent's piracy stigma may rub off on the successful cloud storage service. The Boxopus team is disappointed by this anti-innovation move. Thousands of dollars in developments costs have gone down the drain for what they believe is an irrational fear imposed by a growing copyright lobby. On Saturday we covered Boxopus, a new startup that allows people to download torrents directly to their dropbox folders. The news was quickly picked up by many other technology sites and as a result the service’s member count surged to more than 50,000. However, where most reviews heralded the usefulness of the service, Dropbox sees it as a threat. Although Boxopus is a neutral technology, BitTorrent’s piracy stigma is something Dropbox wants to stay far away from. A few hours ago the Boxopus team received the following email from one of Dropbox’s engineers (emphasis added):

RIAA: ISPs to implement anti-piracy measures by July 12 Internet service providers are set to launch a new anti-piracy scheme this summer designed to alert and eventually punish suspected copyright infringers. The new policy was unveiled last year when top ISPs including Cablevision, Comcast, Time Warner Cable and Verizon announced their participation in a "graduated response" program to deal with illegal file sharing, bowing to pressure from the RIAA and MPAA with help from the U.S. government. In a panel discussion in front of some of the biggest U.S. publishers yesterday, the head of the RIAA Cary Sherman announced that the policies will come into effect July 12th. Under the program ISPs will be required to monitor their users' online activities for illegal file sharing. Those caught downloading copyrighted materials would receive a series of escalating warnings, starting with one or two "educational notices" informing users that what they're doing is illegal and asking them to stop.

Google Claims Another Wi-Spy “Mistake” After Breaking Promise | Inside Google Google admitted Friday to the British data protection authorities that it failed to keep its promise to destroy data its Street View cars sucked up from private Wi-Fi networks. True to its form throughout out the Wi-Spy scandal, the Internet giant claimed it was all a mistake. “Google apologizes for its error,” wrote Peter Fleischer, Google’s Global Privacy Counsel (an oxymoron of a title by the way) in a letter to Steve Eckersley, Head of Enforcement for the Information Commission’s Office. Why am I not surprised? Here is how Fleischer put it: “In recent months, Google has been reviewing its handling of Street View disks and undertaking a comprehensive manual review of our Street View disk inventory. Let’s review what happened with the Wi-Spy scandal. When the Germans asked what was going on back in 2010, Google said its cars were only mapping the location of Wi-Fi networks. Ireland’s deputy commissioner for data protection, Gary Davis, called Google’s failure “clearly unacceptable.”