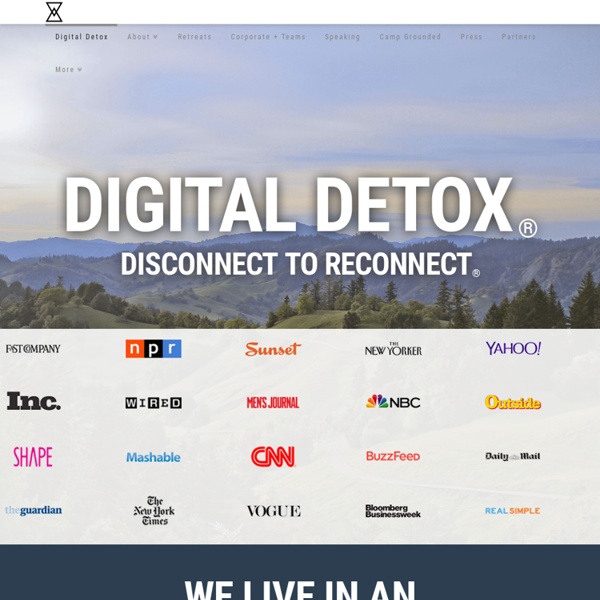 Internet Addiction 1. What is Internet addiction? Internet addiction is a growing problem facing today's society that is plaguing many families, couples, and individuals both young and old. Internet addiction not only threatens the psychological well-being of individuals, but quite possibly the entire social fabric and as we know it. This psychological disorder is defined as uncontrolled Internet-related behavior which interferes with or impairs normal functioning, and causes severe emotional distress for the individual, their family, friends, or their loved ones.

Cyber Addiction Recovery Center, Clinical Social Work/Therapist, Culver City, CA 90232 I have 20 years of experience treating children, teens and young adults with anxiety, mood, and impulse control disorders. I specialize in internet and video game addiction, Including teen and adult online pornography addiction. I conduct groups for internet and video game addiction. Is Internet addiction real? If you believe what you read, "Internet addiction" is about to make us a nation of derelicts. Men drooling over online pornography, women abandoning their husbands for chat-room lovers and people losing their life savings on gambling Web sites are just a few of the stories peddled in today's press. But despite the topic's prominence, published studies on Internet addiction are scarce. Most are surveys, marred by self-selecting samples and no control groups. The rest are theoretical papers that speculate on the philosophical aspects of Internet addiction but provide no data. Meanwhile, many psychologists even doubt that addiction is the right term to describe what happens to people when they spend too much time online.

The Growing Problem Of Smartphone Addiction - TechAddiction The Consequences Of Smartphone Addiction Smartphone addiction, particularly among children, is altering the way we interact with one another. A member of the Kwon civic group in South Korea, Kim Nam-Hee, asked a classroom of 10 year old students compare the hours they spend on their smartphones with the time they spend interacting with relatives. She found a disturbing gap between the amount of digital and human interaction they were engaging in. The consequences of this are very serious. Human interaction helps a child to develop emotionally and behaviourally in a way that communicating over smartphone cannot.

How to Help a Video Game Addict Playing the occasional video game for fun is typically harmless. It is, after all, just one of many recreational activities you and your friends can enjoy together during your leisure time. Besides social entertainment, some games even come with further benefits as they can build decision-making skills, give education and help the general well-being of a person. Unfortunately, many gamers are tempted to escape reality and become so immersed in their games that they need proper treatment and care to recover from this addiction. Understanding Video Game Addictions Decreased Functional Brain Connectivity in Adolescents with Internet Addiction Abstract Background Internet addiction has become increasingly recognized as a mental disorder, though its neurobiological basis is unknown. This study used functional neuroimaging to investigate whole-brain functional connectivity in adolescents diagnosed with internet addiction.

China bans physical punishment for Internet addicts BEIJING (Reuters) - China's Ministry of Health has banned the use of physical punishment to wean teens off the net, months after a boy was beaten to death at an Internet boot camp. Chinese parents have turned to more than 200 organisations offering treatment for Internet "disorders" as the government increasingly warns of unhealthy Internet habits among the young. Many of the camps are imbued with a military atmosphere. Patients are forced to replace hours in front of the computer with arduous physical drills or even more extreme "treatments". "When intervening to prevent improper use of the Internet, we should ... strictly prohibit restriction of personal freedom and physical punishments," the ministry said in a draft guideline for Internet use by minors, posted on its website (www.moh.gov.cn). The death of 15-year-old Deng Senshan, just hours after he checked into an Internet bootcamp in the southwestern Guangxi region in early August, caused a media storm in China.

First U.S. inpatient treatment center for Internet addiction opening (MGN-Online) BRADFORD, Pa. — High above the frozen Potomac River in the nation’s capitol, Ryan Van Cleave stood on the Arlington Memorial Bridge, contemplating his life. It was New Year’s Eve 2007, and the married father of two asked himself, “Is this really something I’m thinking about? Internet Addiction and Online Addiction By John M. Grohol, Psy.D. May 27, 1999, Last updated: October 26, 2012 We Need to Break Free From Technology Center for Internet Addiction - Education and Treatment Should DSM-V Designate “Internet Addiction” a Mental Disorder?