Vanishing Of The Bees 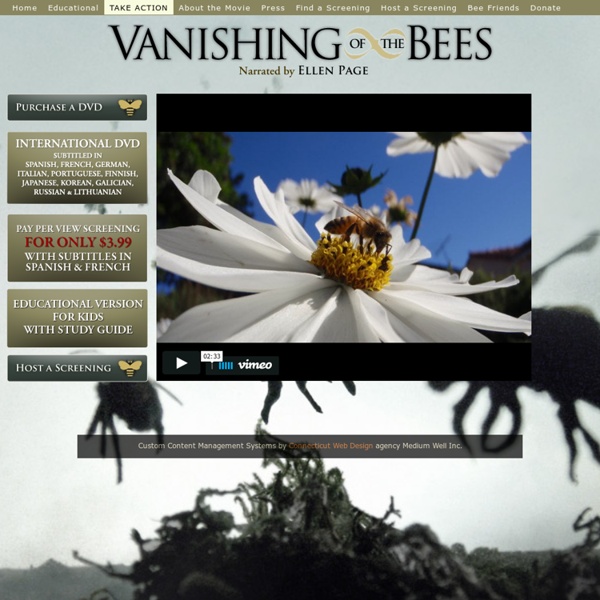 Sussex South Downs is home to 'extinct' bee species 11 October 2011Last updated at 14:18 The Halictus eurygnathus has been recorded on the South Downs for the first time in 65 years A species of bee which was believed to be extinct in Britain has been found in East Sussex - 65 years after it was last seen. A study by entomologist Steven Falk shows the solitary bee, Halictus eurygnathus, is at at seven sites on the South Downs. Mr Falk said many of the species he recorded were rare and some were doing better than expected. However, others, including one of Britain's largest mining bees, were at risk of losing their habitats. The study recorded 227 bee and wasp species during more than 100 visits to 15 chalk grassland and chalky heath sites. The Halictus eurygnathus bee, not seen in Britain since 1946, was found to forage primarily on one type of plant. Mr Falk said: "I discovered that the main requirement of the bee is an abundance of greater knapweed, which is one of the special flowers of chalk grassland. Habitat loss

Vanishing of the Bees | Documentary Film By Dr. Mercola Honey bees are the angels of agriculture, but they're disappearing at a startling rate in a mysterious phenomenon dubbed Colony Collapse Disorder (CCD). "CCD is one of the signs--the unmistakable signs—that our food system is unsustainable… It's destroying the conditions upon which it depends. The documentary film "Vanishing of the Bees" takes a piercing investigative look at the economic, political and ecological implications of the worldwide disappearance of the honey bee. Busy as a Bee Honey bees represent one of the matriarchies of the insect kingdom. Why are We Losing Our Bees? Scientists have investigated a number of factors to help explain CCD and have offered a variety of explanations. Queens are "Knocked Out and Knocked Up" In nature, queen bees live for up to five years, but workers and drones live for only a few weeks or months. Are Bees Victims of the Agrichemical Industry? Hives Now Show Increased Levels of Pesticide Contamination Honey: Nectar of the Gods

Shop - Flow™ Hive Our range offers enough flexibility to be perfect for everyone, from the “newbee” starting from scratch, through to the most experienced “beeks”. Flow™ HiveOur complete beehive with everything you need (except the bees). Flow™ SuperA bee box (super) full of Flow™ Frames Flow™ FramesSets of either 3, 4, 6 or 7 Flow™ Frames to fit most bee box sizes. All prices are currently listed in USD. If you are ordering a Flow™ product as a gift for someone this holiday season and want to let them know it's on the way you can download and print gift a card here. If you have ordered a Flow™ product as a gift for someone and want to let them know it's on the way you can download and print cards here Basic Beekeeping Grow Your Own Bee Garden: 7 Tips for a Bee-Friendly Habitat Planting a bee garden is becoming increasingly important as across our planet, bees are thought to be suffering increased stress as a result of global warming, and the effect that this has on flowering times and nectar availability. It will take many generations of bees to evolve into stronger colonies able to deal with the change in climate. We depend on the work of bees and other insects more than most of us realise; almost 70% of the food we consume relies on pollination from insects, and bees are a critical part of this army of fertilizers. Meanwhile there is plenty we can do to help. Knowing which plants bees prefer, and at what time of the year they need access to them, can make a fundamental difference to the success of local bee colonies. Whether we live in an urban area or deep in the countryside, we can actively encourage bees to thrive in the vicinity of our homes by creating a bee garden, however small that might be! What plants do you plan to include in your bee garden?

3 Reasons To Go Against The Flow Hive | HoneyColony Against The Flow Frankly, I am tired of people raving about how wonderful the Flow Hive invention is and posting it on my Facebook wall every other day. The viral-ity of this fundraising campaign has been astounding. During my travels in Central America, I even had a Belgium restaurant owner in Nicaragua ask me whether I’d heard about it. “I love honey. But just because no disturbance can be viewed by the naked eye doesn’t mean the bees aren’t being disturbed. The Flow Hive has already raised over $12 million and counting. Supporters argue that by simplifying (or automating) the most time-consuming part of beekeeping—the harvest— more people may want to take up beekeeping. At first glance, I too thought Flow Hive was a genius invention that honors the bees, but after looking under the proverbial lid, I’ve concluded that the device reduces nature’s miracle into a beer keg. 1. This newfangled honey collection system is comprised of plastic. In his blog he writes: 2. 3.

Beesource.com - Beekeeping resources for beekeepers since 1997! How to Plant a Honey Bee Friendly Garden | The Adventures of Thrive Farm In the winter of 2006 the honey bee population began to die out. Since then, as much as 70% of some bee populations have died as a result of Colony Collapse Disorder (CCD). Seventy farm grown crops, about one-third of our natural food supply, rely on honey bees for pollination. Instruction Honey Bee Friendly Plants Attract and nourish honey bees with nectar producing plants. Long Blooming Flowers Plant long blooming plants, or a variety of plants that will bloom at different times throughout the spring and fall. Honey Bees Need Water Provide a pond, a fountain, or some other fresh water source. Native bees will make their homes in sand Provide a space in your garden for native bees to make their home. No Pesticides or Herbicides Do not use pesticides and herbicides. Like this: Like Loading...

How to Start a Beekeeping Business Beekeeping businesses require year-round monitoring of bee and hive health. Eric C. Mussen, Extension Agriculturist at the University of California Davis, notes that healthy bees can prosper all year if they have access to food and water. After the honey production season is over, bees live on pollen and stored honey until the next spring. Step 1 Obtain zoning and homeowners&rsquo; association approvals. Step 2 Structure your beekeeping business. Related Reading: Easy Tips and Ideas to Start My Own Business Step 3 Gather region-specific knowledge from professional beekeeper associations to help you maintain your bee colony. Step 4 Order your beekeeping equipment. Step 5 Obtain your initial bee colony. Step 6 Develop markets for your honey and beeswax. Step 7 Evaluate your beekeeping operation after your first harvest. Things Needed About the Author Based in North Carolina, Felicia Greene has written professionally since 1986. Photo Credits

Queen of the Sun: What are the bees telling us? | A New Documentary Film on Bee Colony Collapse Disorder Keep Bees, Naturally! If you’d like to benefit your garden and community and offer a treat to your taste buds, consider trying your hand at natural beekeeping in your own backyard. As honeybees gather pollen and nectar to make 50 pounds or more of pure, wild honey per hive, they pollinate crops nearby — and up to four miles away. This pollination is essential for good yields for some flowering crops. But can you achieve natural beekeeping? To save their bees from these and other pests, many beekeepers turned to chemical controls, which worked for a while. In addition, products that utilize the mite-minimizing properties of essential oils (such as thymol-based Api-Life VAR and spearmint and lemongrass Honey-B-Healthy) can effectively suppress mites in small apiaries. Getting Started The general rhythm of bee life involves making and storing honey in wax combs from spring to fall, and then feeding on the stored supply in winter. Gearing Up The basic equipment you’ll need to get started is listed below. U.S.