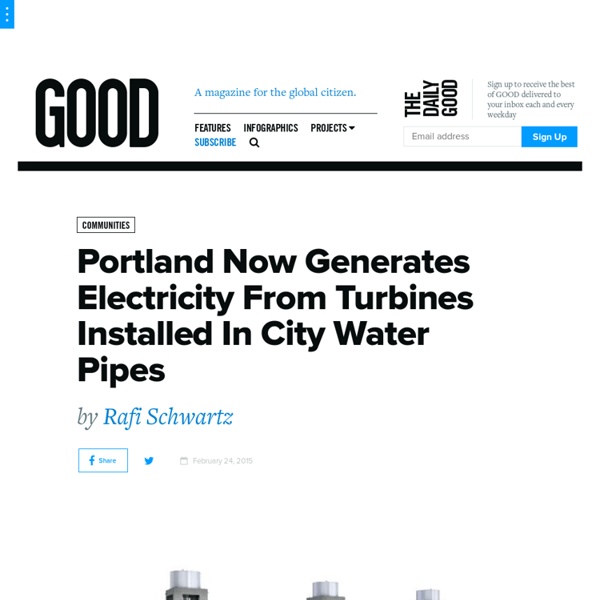 How to Stop Humans From Filling the World With Trash When the $20 billion Hudson Yards development is finished on Manhattan’s Far West Side in 2024, it will have six skyscrapers, 5,000 apartments, more than 100 stores, and a public school. One thing it will not have is municipal garbage trucks. Related Companies, one of the developers working on the project, plans to install pneumatic tubes that will whisk trash to a sorting area. The system should decrease the amount of garbage that ends up in landfills: residents will be able to drop recyclables and compost into designated chutes right outside their doors. By replacing trucks, the tubes will also cut down on noise and pollution—and, hopefully, on rats. Seattle 2030 District Releases New Strategic Plan High Performance Building Districts At our Summer Reception, the Seattle 2030 District unveiled a new Strategic Plan to make substantial progress toward achieving our ambitious energy efficiency, water and commuting goals for existing and new buildings. The Board has adopted two strategic priority areas – transforming our buildings and transforming our market. In the built environment, priorities focus on facilitating innovative, pragmatic and economically viable measures that reduce environmental impacts, increase resilience, lower operating costs, and improve property values.

Zero Counties in the U.S. Have Enough Housing for Families in Extreme Poverty From Portland, Oregon, to Portland, Maine. From Jacksonville to Juneau. No matter where you look, there isn’t enough affordable housing. Without exception, there is no county in the U.S. that has enough affordable housing. The crisis is national and it is growing. Do You Live in a Resilient City? Climate Change, Resilience, Revalue Ecosystems, Secure Livelihoods, Transform Cities A version of this post originally appeared on 100 Resilient Cities. 1. Your commute options aren’t limited to a car. You can take advantage of bike sharing…

Microplastic Particles Move Up Marine Food Chain on B.C. Coast Plastic fibres and particles in West Coast waters are being consumed and passed up the food chain by tiny marine creatures that apparently mistake them for food, according to a new study from the Vancouver Aquarium Marine Science Centre. Researcher Peter Ross and his colleagues found plastic litter in the digestive systems of two key species of plankton that are eaten in large numbers by salmon and baleen whales. Adult salmon returning to the Strait of Georgia may be consuming up to 91 plastic particles a day by eating plankton, and juveniles leaving fresh water up to seven particles a day, while a humpback whale could ingest more than 300,000 particles a day, according to the researchers’ estimates. Several recent studies have documented ingestion of plastics in the wild by fish, bivalves and crustaceans. Plastic particles have also been detected in the scat of marine mammals.

The home that pays its own utility bill (and then some) Imagine opening your monthly utility statement to find a check instead of a bill. That dream may become a reality as more architects design buildings that generate more energy than they use. In Britain, the first low-cost version of just such a home is opening Thursday, marking the country’s initial forays into an emerging global market for so-called energy-positive or net-positive housing – solar-powered homes so efficient, they can generate more power than they consume. It’s the gold standard for green homes, and a concept that has begun to take off around the world. “As more buildings incorporate energy efficiency and renewables to generate as much energy as they consume over the course of a year, net zero is becoming sort of passé,” energy reporter Molly Miller wrote in 2014 for technology and sustainability news site GreenBiz.

Feeling Down? Take a Walk in the Woods Do you find yourself ruminating on the all the bad things in life? Psychologists know that's one of the key behaviors that sustains depression, so addressing patterns of rumination is a serious issue. Now, researchers have found a straightforward, if not necessarily easy, way to avoid mulling things over to excess: take a walk, but not down a crowded street; to be effective, it has to be out in nature. To a psychologist, rumination means going over and over everything that's wrong in a person's life, whether it's a bad job or a stubbed toe. Rumination is closely connected to depression, and it has a habit of alienating people from those who might be able to support them. A 1999 study, for example, found that, while ruminators sought more help after the death of a loved one and would have benefitted more from that help, they were less likely to get it.

Tuhoe and NZ's first 'living building' In my work we collaborate with local Tangata Whenua frequently and I love it. I particularly like how Maori take a long-term view when it comes to decision making, rather than the 'boom and bust' mentality that sees so much destruction of our natural resources. While Maori may not have as much experience dealing with the Western system of education, finance and economy - and some mistakes are inevitable when learning something new - they certainly have a deep spiritual connection to the land which informs their approach. This way of thinking and living means that - aside from a handful of examples - there are far less negative externalities on future generations when it comes to the exploitation of natures' bounty.

Enduring Summer’s Deep Freeze IT’S summertime. The season when you can write your name in the condensation on the windows at Starbucks, people pull on parkas to go to the movies and judges have been known to pause proceedings so bailiffs can escort jurors outside the courthouse to warm up. On these, the hottest days of the year, office workers huddle under fleece blankets in their cubicles. Cold complaints trend on Twitter with posts like, “I could preserve dead bodies in the office it’s so cold in here.” And fashion and style bloggers offer advice for layered looks for coming in and out of the cold.