John Hagelin, Ph.D on Consciousness 1 of 2 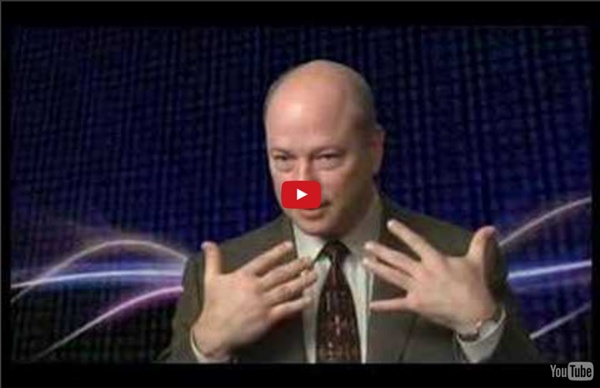 Scientists Prove DNA Can Be Reprogrammed by Words and Frequencies By Grazyna Fosar and Franz Bludorf THE HUMAN DNA IS A BIOLOGICAL INTERNET and superior in many aspects to the artificial one. Russian scientific research directly or indirectly explains phenomena such as clairvoyance, intuition, spontaneous and remote acts of healing, self healing, affirmation techniques, unusual light/auras around people (namely spiritual masters), mind’s influence on weather patterns and much more. In addition, there is evidence for a whole new type of medicine in which DNA can be influenced and reprogrammed by words and frequencies WITHOUT cutting out and replacing single genes. Only 10% of our DNA is being used for building proteins. The Russian biophysicist and molecular biologist Pjotr Garjajev and his colleagues also explored the vibrational behavior of the DNA. One can simply use words and sentences of the human language! Garjajev’s research group succeeded in proving that with this method chromosomes damaged by x-rays for example can be repaired. References:

Consciousness: The what, why and how (Image: Nate Kitch) THERE are a lot of hard problems in the world, but only one of them gets to call itself "the hard problem". And that is the problem of consciousness – how a kilogram or so of nerve cells conjures up the seamless kaleidoscope of sensations, thoughts, memories and emotions that occupy every waking moment. The intractability of this problem prompted British psychologist Stuart Sutherland’s notorious 1989 observation: "Consciousness is a fascinating but elusive phenomenon… Nothing worth reading has been written on it." The hard problem remains unsolved. Is consciousness still fascinating?

Dave Pruett: Science vs. Pseudoscience "Science does not need mysticism and mysticism does not need science, but [humans need] both." -- Fritjof Capra A conflict between "science" and "pseudoscience" is now playing out on the national stage, including in the Huffington Post. The conversation is long overdue. I speak of the recent flap surrounding two TED lectures on the nature of consciousness -- by Rupert Sheldrake and Graham Hancock -- that were initially removed from YouTube because TED's scientific curators deemed them "pseudoscience." The move generated strong reaction from TED's normally doting followers. Sheldrake's and Graham's offense: proposing the unorthodox view that consciousness is nonlocal. At issue is the relationship between "brain" and "mind." The mind may be localized to the brain. Freud earned scientific immortality by naming and probing the subconscious layer of mind beneath conscious awareness. Jung transcended Freud in another fundamental aspect: mind has both subconscious and supraconscious aspects.

The Secret You - BBC Horizon Documentary Why Physicists Are Saying Consciousness Is A State Of Matter, Like a Solid, A Liquid Or A Gas — The Physics arXiv Blog There’s a quiet revolution underway in theoretical physics. For as long as the discipline has existed, physicists have been reluctant to discuss consciousness, considering it a topic for quacks and charlatans. Indeed, the mere mention of the ‘c’ word could ruin careers. That’s finally beginning to change thanks to a fundamentally new way of thinking about consciousness that is spreading like wildfire through the theoretical physics community. And while the problem of consciousness is far from being solved, it is finally being formulated mathematically as a set of problems that researchers can understand, explore and discuss. Today, Max Tegmark, a theoretical physicist at the Massachusetts Institute of Technology in Cambridge, sets out the fundamental problems that this new way of thinking raises. Tegmark’s approach is to think of consciousness as a state of matter, like a solid, a liquid or a gas. Tegmark does not have an answer.