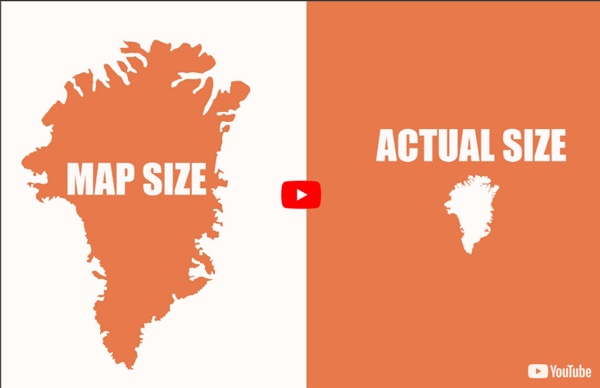 Printable World Flags To make watching the Olympics on TV at home more festive and exciting, for a world travel themed party or to celebrate any international occasion, we’ve put together these 100 countries printable world flags in one file, in perfect sizes to make party bunting with. Download Each page has 10 flags with the name of the country on the side tab. Fold over this tab to use the flags as bunting. Map of Life: An interactive look at flora and fauna Map of Life: An interactive look at flora and fauna On May 10, 2012, scientists from Yale University presented “Map of Life”, a virtual large-scale project with crowdsourcing potential. The interactive global map www.mappinglife.org gives a comprehensive overview of the global distribution of animal and plant species. This is how the map works: by clicking on the section of a country, the interested user is shown a list of species occurrence in the selected area. Furthermore, by entering the English or Latin name of a species in the search function, you can view the distribution of habitat of any given animal or plant.

Drottningholm Palace panorama in Sweden - 360Cities Europe is generally agreed to be the birthplace of western culture, including such legendary innovations as the democratic nation-state, football and tomato sauce.The word Europe comes from the Greek goddess Europa, who was kidnapped by Zeus and plunked down on the island of Crete. Europa gradually changed from referring to mainland Greece until it extended finally to include Norway and Russia.Don't be confused that Europe is called a continent without looking like an island, the way the other continents do. It's okay. The Ural mountains have steadily been there to divide Europe from Asia for the last 250 million years. Russia technically inhabits "Eurasia".Europe is presently uniting into one political and economic zone with a common currency called the Euro. The European Union originated in 1993 and is now composed of 27 member states.

Putting Time In Perspective Humans are good at a lot of things, but putting time in perspective is not one of them. It’s not our fault—the spans of time in human history, and even more so in natural history, are so vast compared to the span of our life and recent history that it’s almost impossible to get a handle on it. If the Earth formed at midnight and the present moment is the next midnight, 24 hours later, modern humans have been around since 11:59:59pm—1 second. And if human history itself spans 24 hours from one midnight to the next, 14 minutes represents the time since Christ. To try to grasp some perspective, I mapped out the history of time as a series of growing timelines—each timeline contains all the previous timelines (colors will help you see which timelines are which). All timeline lengths are exactly accurate to the amount of time they’re expressing.

The Year in Weather Like Never Seen Before Satellite images often provide crucial information when major storms such as Super Typhoon Haiyan form. But both extreme events and our day-to-day weather are part of a much larger climate system. Now EUMETSAT, the European Union’s satellite agency, has taken that long view and used satellite images to construct an entire year in weather on our planet in high definition. The new visualization uses data gathered in 2013 from European, Japanese, and American satellites and overlays it on NASA’s Blue Marble images. This is the first time EUMETSAT has put together this type of visualization. Watching it, it’s easy to see why Super Typhoon Haiyan was one of the biggest weather catastrophes of the year.

You Probably Had No Idea How Some Of Your Favorite Fruits, Vegetables And Spices Grow We’ve all got a favorite fruit, vegetable or spice, but most of us probably don’t know where they come from or what their plant even looks like. That’s why we’ve compiled a list of 22 delicious fruits, vegetables and spices showing how they’re grown. We’re sure you know about how a few of these foods grow, but most of you probably don’t know all of them. Maps to be Used for the History of Europe Euratlas Periodis Web shows the history of Europe through a sequence of 21 historical maps, every map depicting the political situation at the end of each century. Here, on the left, are 21 mini-maps giving access to 21 full maps and to 84 quarters of maps with more detailed views of the states, provinces and main cities.Moreover, each map offers a historical gazetteer. Thus you can highlight in red each sovereign state and in green each dependent entity.