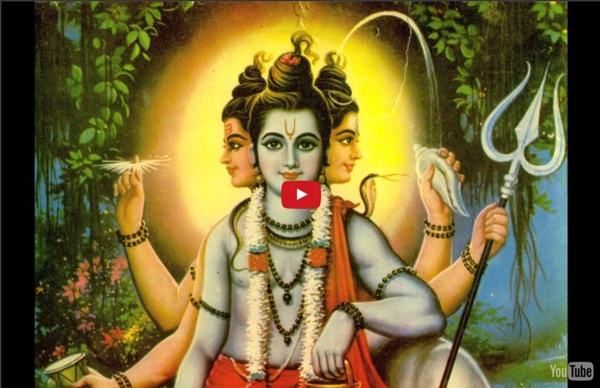 Ajit Vadakayil: BEEJ MANTRA , ANUSWARAM NASAL SOUND , PRIMORDIAL LONGITUDINAL WAVE SOUND FREQUENCY – CAPT AJIT VADAKAYIL The sign of OM is the sign of Hinduism. It is the first and foremost of all mantras. Mantra is the sound body of consciousness. The frequency of OM is 7.83 Hz , which in inaudible to the ear, as the human ear of a 2 strand DNA human being like you and me , cannot discern sounds of frequency less than 20 hertz. Ohm- 7.83 Hz Gam - 14 Hz Hleem - 20 Hz Hreem - 26 Hz Kleem - 33 Hz Krowm - 39 Hz Sreem - 45 Hz All these harmonics are part of Beej mantras. OM has been lifted by other religions as AMEN, 786 ( OM symbol shown in mirror ), SHALOM, OMKAR etc- but they do NOT work. Shri Navgraha Strota: जपाकुसुमसंकाशंकाश्यपेयंमहद्युतिम् तमोऽरिM सर्वपापघ्नंप्रणतोऽस्मिदिवाकरम् | I bow to Surya, who shines like JapaKusuma flower, who is son of Kasyapa, who is resplendent, who is enemy of darkness n who destroys all sins. दधिशण^खतुषाराभंक्शीरोदार्णवसंभवम् नमामिशशिनंसोमंशम्भोर्मुकुटभूषणम् | I bow to Soma, whose colour is white like yogurt, conch n snow; who rose from Ksheasagar and who adorns the head of Lord Siva. Rahu

Galileo, Dante Alighieri, and how to calculate the dimensions of hell - Ockham's Razor When a young Galileo Galilei was approached to calculate the exact dimensions of hell, he got it all wrong. Len Fisher explains how this mistake—and Galileo's subsequent correction—helped establish the foundations of modern science. Dante Alighieri imagined hell as being a hole in the Earth the shape of a giant ice cream cone. With a tip at the centre of the Earth, hell was covered by a vaulted roof that was part of the Earth's surface—a layer of chocolate on top of the ice cream. Galileo was asking for it—and he got it, in the form of house arrest for the rest of his life. The space below the roof was divided into nine levels, with the deepest reserved for the worst sinners. The academic and church establishments of 14th century Italy took Dante's picture of hell literally. The Florentine academy even asked a young polymath called Galileo Galilei to calculate its exact dimensions, based on Dante's description. It was a great opportunity for the 24-year-old, and he set to work with a will.

The Truth about the 5th Dimension. I am exhausted because just when I thought I had this life’s three dimensional reality sorted out, people have raised the bar to a “fifth dimension.” In a recent Google search, I pulled up over 360,000 websites which discuss this new phenomenon. After reading a dozen or so of these websites, I discovered that various “experts” describe 5D as a consciousness where everything is non-medicated bliss, there are no negative thoughts (ever see the movie “Flatliners”?) and our desires manifest effortlessly (like pizza delivery). Over and over, these writers declare that the world is transitioning or shifting from 3D consciousness (apparently bad) to 5D (apparently good). I was a liberal arts major in college and enjoyed philosophy classes, as well as comparative culture and religion classes. These include: • Let go of negative thoughts and emotions and thinking only positive thoughts. • Stop the planning of your life and allow it to unfold in synchronistic ways. • Become one with the universe.

untitled The way the masses view the world is a farce. Every single mainstream perspective is either purposely deceptive, or completely misses the point. Even the people in places of influence who we’re meant to trust have either sold out, or are just plain ignorant to the facts. There’s no need to have a heavy heart though; the matrix of control is crashing because the truth-seekers are dealing heavy blows to the false narratives that have for too long shaped the collective mindset of humanity. Of course the internet can be celebrated for being the primary mechanism which has amplified the sharing of information across location, race, culture and belief systems. Make no mistake though; they have been very successful on many fronts. Well, welcome to our world. As we begin what we call the 21st Century, every system that should be designed to facilitate the health and vitality of the people has been hacked with lies, deception, dysfunction and disharmony. Why?

'The Witch' Review: A Film So F*cked Up, Satan Would See It Twice The Witch is so wicked it could make Satan cry. Macabre to the core, the horror film written and directed by Robert Eggers is a truly dark, stunningly crafted experience that'll have you seeking out a church as soon as you leave the theater. It's a movie possessed. And that's what makes it so good. Everything is laced in paranoia. The Witch isn't about shocking jump scares. The camerawork is unflinching. An impeccable group of actors also ups the creep factor. Harvey Scrimshaw, who plays preteen Caleb, is also shockingly good — and required to do so many inappropriate things that you might find yourself saying a little prayer for the actor's soul. What really sets this movie apart from its horror peers, though, is its sheer beauty. If you're still on the fence about seeing the movie, consider this — the Satanic Temple recently dubbed it a "transformative Satanic experience." So now the choice is really up to you. Have something to add to this story?

untitled There are countless anomalies surprised by NASA’ rovers on the surface of Mars, and although most of them resemble artifacts left behind by a former civilization, or even biological life forms, there is still no conclusive evidence of intelligent design. However, the latest images beaconed by Opportunity rover might turn the tides in this matter. What if the artifacts found all across the Martian soil act only as a distraction from the bigger picture? What if the ground level details are only meant to mask the real activity that’s happening up in the sky? Indeed, more and more reports of UFOs are surfacing from the vigilant UFO analysts that are constantly on the lookout for anomalies on Mars. The most recent case of a UFO on the Red Planet comes from Opportunity rover’s camera, and it reveals an unidentified flying device while in motion. According to UFO analysts, the UFO could be a surveillance drone spying on NASA’ rover.

untitled A notable discovery has been made by researchers recently. With the help of Google Earth, they bumped into a huge, flat platform siting on the bottom of the Pacific Ocean. Could this anomalous structure hide a well preserved secret of the human race? Approximately 6 miles off the coast of Point Dume in Malibu, California, lies this odd-looking platform submerged under 2,000 feet of water. But what is so strange about it, you might ask? Well, first of all, the oval-shaped design looks like it doesn’t belong on the ocean floor because it’s too smooth. Apart from this, other bizarre particularities can be observed. Jimmy Church, who hosts “Fade to Black” on the Dark Matter Radio Network has dubbed this finding “The Holy Grail of UFO/USO that researchers have been looking for over the last 40 years.” I need him to find a way to get it under and above the water, Church said.

untitled February 16th, 2016 | by hqanon World By Jake Anderson at theantimedia.org In many ways, DARPA (the Defense Advanced Research Project Agency) is the engine of the military-industrial complex, the heart at the center of the Pentagon that keeps America in constant state of weapons innovation and defense spending. Cloaked in clandestine secrecy, DARPA has been called the “Oh God Why” branch of the Department of Defense. 15. Back in 1961, when DARPA was called ARPA, the agency ran a toxicology branch at Fort Detrick, where it spearheaded one of the most controversial weapons programs in U.S. history. President John F. 14. It’s widely believed that nuclear weapons were not used during the Cuban Missile Crisis. ARPA, at the behest of Secretary of Defense Robert McNamara, launched this effort to test an atmospheric nuclear defense shield known as the Christofilos effect. 13. [Source: The Pentagon’s Brain: An Uncensored History of DARPA, America’s Top Secret Military Research Agency.] 12. 11. 10.

How-to — Stealing Decryption Key from Air-Gapped Computer in Another Room Air-gap computers are one that are isolated from the Internet or any other computers that are connected to the Internet or external network, so hackers can’t remotely access their contents. But you need to think again before calling them 'Safe.' A team of security researchers from Tel Aviv University and Technion have discovered a new method to steal sensitive data from a target air-gapped computer located in another room. The team is the same group of researchers who had experimented a number of different methods to extract data from a computer. Last year, the team demonstrated how to extract secret decryption keys from computers using just a radio receiver and a piece of pita bread. In 2014, the team devised a special digitizer wristband that had the ability to extract the cryptographic key used to secure data stored on a machine just by solely touching the chassis of the computer. Extracting Secret Decryption Key in Seconds How Does the Method Work? Equipment Required: Future Challenges:

Those Of Royal Blood | Annunaki Aliens History Manifest Your Soulmate In 4 Powerful Steps — The Chakra Healing System I speak on this in much greater detail in my video training series, but for now, this should help. First, find somewhere quiet where you won’t be disturbed. If it helps you relax, put on some soft, calming music. Sit down and get comfortable. Close your eyes, and relax. “Relaxation is the often overlooked key to true focus.” When you notice you are relaxed, begin to imagine a swirling orb of energy that heals you in the entire area of the chakra point. As you imagine this healing energy swirling around the area of your chakra point, meditate on the quality that the chakra represents, and imagine that the energy is imbued with that quality. For example, if you are meditating upon the crown chakra, focus on how the energy at the top of your head connects you to the infinite nature and wisdom of the entire universe, and that everything is one. “Remember: At some point, you will probably lose focus, and your thoughts will wander.” Thats it! -BenArion

The Big Search to Find Out Where Dogs Come From Photo OXFORD, England — Before humans milked cows, herded goats or raised hogs, before they invented agriculture, or written language, before they had permanent homes, and most certainly before they had cats, they had dogs. Or dogs had them, depending on how you view the human-canine arrangement. But scientists are still debating exactly when and where the ancient bond originated. And a large new study being run out of the here, with collaborators around the world, may soon provide some answers. Scientists have come up with a broad picture of the origins of dogs. The prevailing scientific opinion now, however, is that this origin story does not pass muster. Imagine that some ancient wolves were slightly less timid around nomadic hunters and scavenged regularly from their kills and camps, and gradually evolved to become tamer and tamer, producing lots of offspring because of the relatively easy pickings. Modern dogs are different from modern wolves in numerous ways. Tracing the Origins Dr.