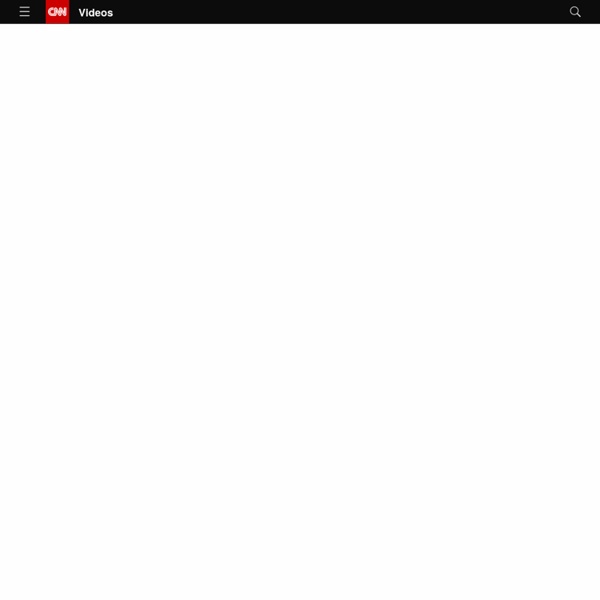 CultureTalk CultureTalk by Region and Country About CultureTalk CultureTalk features video clips of interviews and discussions with people from many different countries and of many different ages and walks of life. Some interviews and discussions are in English; more are in the language(s) of the countries involved. Translations and/or transcripts are given for all non-English video clips. Alice, Chapter 1: Down the Rabbit-Hole Alice’s Adventures in Wonderland by Lewis Carroll. Many parents find that Alice is pretty tricky to read out aloud – and for good reason. The voice shifts subtly all the time between Alice and the narrator. Incredible fancies and whimsies fly around the head of Alice, while the events of Wonderland are even more out of the way.

Oliver Sacks - Neurologist - My love of Kew Gardens Botanical gardens. One of the…the other great place for me in my youth, beside the South Kensington museums and the public library, was Kew, the great botanical garden at Kew. Both my mother and a sister of hers – a favourite aunt of mine, Lenny – were keen on botany and on gardening and on ferns and fern-like things in particular. But I would often go with my aunt to Kew. We would take a... a train from Brondesbury to Kew Gardens. Top Reads - What people are reading—everywhere On Christmas Day last year, Prime Minister Nuri al-Maliki appeared on Iraqi television to wish his country’s Christian minority—which has been fleeing by the thousand since the American invasion, in 2003—a happy holiday. Maliki, who is sixty-three, wore a dark-blue suit and a purple tie, and stood almost perfectly still at a lectern flanked by Iraqi flags. His long face conveyed, as it almost always does, a look of utter joylessness. Having spent much of his… Flickr Books For five long and very strange years, death haunted tiny Dryden, NY, a town near the Finger Lakes where a plague of car accidents, suicides, and even grisly murders involving two… Over the past week or so, Jonathan Chait and I have enjoyed an ongoing debate over the rhetoric the president employs when addressing African Americans. Here is my initial installment, Chait's… Excerpted from "Make It Stick: The Science of Successful Learning" Here’s a study that may surprise you.

Why Social Media Tools Have a Place in the Classroom : Tech News and Analysis « The New York Times has an interesting trend piece on a number of teachers who are incorporating social media tools into the classroom to prompt more participation from students who might not otherwise speak up. The idea is that by using Twitter and other microblogging platforms, teachers can establish “back channels” to help foster a discussion and surface ideas that kids are too shy or intimidated to voice out loud. The story has touched off a flurry of comments, with most condemning the trend as pandering to lazy Internet-addicted students, and arguing that it will not allow kids to shed their inhibitions but rather reinforce them. Others say it won’t challenge students to learn how to communicate as adults, and could foster less coherent thoughts that would be delivered in a more impersonal manner. A lot of these criticisms seem to stem from the idea that there is little real-world value in social media.

4 Great Video Resources for Middle and High School Classrooms Videos are a great way to engage students while also bringing a variety of voices and perspectives into your instruction. Both captivating and informative, video is unique among other digital media in the way that it can so readily transcend the walls of your classroom. As the amount of video content on the Web expands, there is of course lots of great educational content that can help you bring the world to your students.

Listen to English - learn English! - The podcast website for people learning English This is one of the school meals which Martha Payne photographed for her blog. She had carrot soup, pasta with meat and vegetables and more carrot, and yoghurt. Today we visit Scotland, to find out what a Scottish schoolgirl thinks of her school meals. Freeman Dyson - Physicist - Stratospheric cooling vs global warming I think the... the public is obsessed with the phrase 'global warming', which is not the problem. I mean global warming I think is a very misleading phrase, because there are other things which are much more important and easier to measure; for example, stratosphere cooling, and stratosphere cooling is much larger than global warming, because global warming is supposed to be a rise in the average ground temperature. The average ground temperature over the earth is impossible to measure since most of the earth is ocean and we don't have instruments. So this average ground temperature is a fiction. I mean, nobody knows what it is, there's no way you can measure it and it's not particularly important anyway. I mean, what's important is how much rain is going to fall next year, how many hurricanes there are going to be, and how much ozone there's going to be.