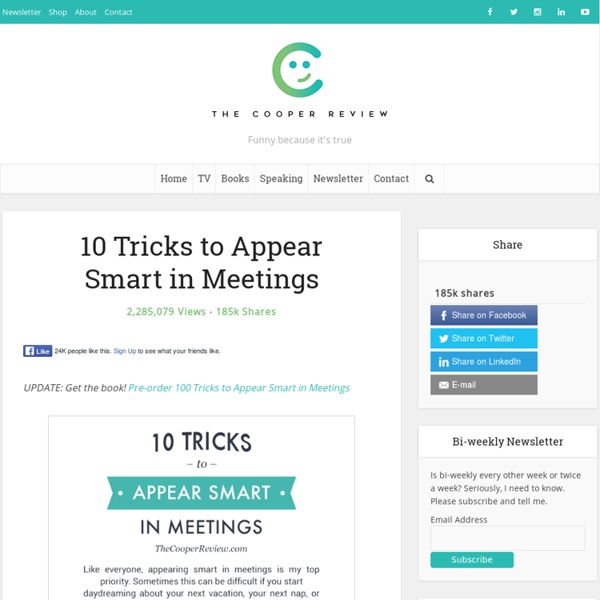 Kathy Kelly: The Shift Lexington’s Federal Medical Center includes a facility for men and a satellite prison for women. (Photo: Bureau of Prisons) {Kathy Kelly, co-coordinator of Voices for Creative Nonviolence (info@vcnv.org), is in federal prison for participation in an anti-drone protest.} by Kathy Kelly “We must rapidly begin the shift from a thing-oriented society to a person oriented society: when machines and computers, profit motives and property rights are considered more important than people, the giant triplets of racism, extreme materialism and militarism are incapable of being conquered.” – Martin Luther King Jr., “Beyond Vietnam“ Kathy Kelly 04971-045FMC LEXINGTON Here in Lexington federal prison, Atwood Hall defies the normal Bureau of Prisons fixation on gleaming floors and spotless surfaces. But of the four federal prisons I’ve lived in, this particular “unit” may be the most conducive to mental health. Slowly, I’m forming relationships now, unusual friendships that will likely grow.

Five Questions to Build a Strategy People make strategy much harder than it needs to be. For some, the problem is that they focus too much on the tools: environmental scans, SWOT analyses, customer analyses, competitor analyses, financial modeling, and so on. Other people get into trouble because they think it’s all about the broad, conceptual, future-oriented, big picture stuff — not to be confused with tactics. The reality is that strategy is at some level about all those things, and you can’t do a satisfactory job with your analysis alone, or your big picture alone, or your changes alone. That’s actually a lot easier than it sounds. What are our broad aspirations for our organization & the concrete goals against which we can measure our progress? The trick is to have five answers that are consistent with one another and actually reinforce one another. So where do you start? While it may sound a bit daunting, iterating like this actually makes strategy easier.

9 Phrases That Make You Sound Young and Inexperienced at Work When I started my first job, I was the youngest person in my organization. No, really. Although I could legally drink (barely), every single one of my 300-or-so co-workers was older and more experienced than I was. I felt like the low woman on the totem pole—and worse, I probably acted like it. But looking back, I shouldn’t have let it affect me so much. How do you do that? 1. You certainly don’t need to have all the answers all the time. Muse writer Sara McCord offers some great alternatives in this article, such as offering up what you do know (“Well, I can tell you that the report went to the printer on Friday”) or responding, “That’s exactly the question I’m looking to answer.” 2. It doesn’t matter what level you’re at in your career, there are certain things you’re going to have to run by your boss. Instead, try, “This all sounds great—let me just run our conversation by a couple people on the team before moving ahead.” 3. When you do have to run something by your boss? 4. 5. 6.

TVP Magazine | Facebook’s Business Author: Tio How would you feel if Google were to make the following statement tomorrow: “Since there are so many search results and people cannot possibly look through all of them, we are only going to display the results that ‘you like’ (only a few, out of potentially millions), and what you ‘like’ will be decided by an algorithm that we have created, so you can’t adjust that.” Such a move might piss many people off and it would definitely limit what any search engine can do for you. Deciding what is ‘good’ for you to watch/read, or what is ‘important’, can be a very neat solution to filter the huge amount of information that you are exposed to online every day, but that should be an option, rather than a default setting that you cannot change, especially because such an algorithm may or may not do a good job of ‘predicting’ what each individual might be interested in at any given moment. Well, Facebook does exactly that. But it doesn’t stop there. First, let’s try to ‘fix’ Facebook.

16 Honest Statements You Should Start Saying if You Want to Win People Over What’s the difference between knowing what you’re doing and the separate (but also quite useful) attribute of looking as if you know what you’re doing? We’ve explored this recently, when I wrote about the time I was on an airplane with a pilot whose cavalier attitude scared all of the passengers. (I don’t know if he’s good at flying planes, but I know we didn’t trust him.) And about the guy who walked up to a group of us and swore several times in his first few phrases. (Is he good at his job? I don’t know, because nobody was willing to give him a chance after that inauspicious start.) Whether we like it or not, people make snap judgments about us all the time. Among your most important tools? 1. This is about self-awareness and defining your limits ahead of time. 2. A true professional has the knowledge and insight needed to assess a situation, and the skills and decisiveness to put together a smart plan. 3. 4. Professional, but only in the right context. 5. 6. 7. 8. 9. 10. 11. 12. 13.

What Our Office Learned Working Naked for One Month (Ironically NSFW) - The Bold Italic - San Francisco Apr 01 at 6am The open-office trend began in Silicon Valley and caught on like a greyish-fabric-thirsty wildfire, burning down cubicle walls worldwide. At one point, given the trend’s loudly touted benefits, such as improved communication, transparency, creativity, and productivity, if you weren’t opening your office, you were essentially against innovation. But in the past few years, there’s been plenty of backlash against the open-office layout: article after article about how it’s actually detrimental to productivity, riddled with distractions, and damaging to workers’ attention spans, creative thinking, and satisfaction. The Bold Italic’s headquarters utilizes an open-office floor plan, and I think my coworkers would agree that there are pros and cons. Clothes: the last obstruction to the truly perfected working environment Turns out, we weren’t the first to discover the wonders of working nude. So now that our naked month is up, will we continue?

United States third party and independent presidential candidates, 2012 This article contains lists of official third party and independent candidates associated with the 2012 United States presidential election. Those listed as candidates have done one or more of the following: formally announced they are candidates in the 2012 presidential election, filed as candidates with the Federal Election Commission (FEC), and/or received the presidential nomination of their respective party. They are listed alphabetically by surname within each section. Ballot access to 270 or more electoral votes[edit] Libertarian Party[edit] Nominee[edit] Ballot Access[edit] Gold - States where Gary Johnson has ballot access. (515 Electoral) Pale Yellow - States where Gary Johnson has write-in access. (16 Electoral)Total - 531 Electoral Candidates[edit] Declined to run[edit] The following people were the focus of presidential speculation in past media reports, but ultimately decided to not run for the nomination of the Libertarian Party. Green Party[edit] Nominee[edit] Ballot Access[edit]

Lego Crosses The Digital Divide With licensing agreements with Hollywood’s biggest franchises, a wildly successful film series of its own, and original product lines that have spawned television and Internet tie-ins, Lego is experiencing a boom that makes its brush with bankruptcy over a decade ago seem like an alternate reality. Plus, it still lacks any real competition in the interlocking-building-toy field. The company does what it does, and it does it really well. That’s why, unlike the rest of the toy industry—or the world, for that matter—Lego isn’t tripping over itself trying to integrate accelerometers or Bluetooth or Internet of things functionality into all of its product lines to get kids’ attention. There's a lot of that at the 2015 New York Toy Fair. "You put the toy industry under one roof and you hear, ‘This is what kids want,’" says senior director of brand relations for Lego Michael McNally, referring to the tech-saturated toys. But the company hasn’t turned its back on digital. The Gaming Connection

The 11 Best Career Quizzes to Help You Find Your Dream Job Sure, BuzzFeed quizzes are a fun distraction. But what if we told you that you could spend your time taking easy tests and quizzes that are actually beneficial to your career? We’ve gathered some of the best career quizzes and personality tests on the web. And, while no test is likely to be able to tell you exactly what your dream job might be, these can certainly help point you in the right direction. 1. Applicable across all areas of your life, the MBTI is probably one of the most-used assessments by career centers and managers alike. The MBTI gives you a sense of your personality preferences: where you get your energy, how you like to take in information, how you make decisions, and what kind of structure you like in the world around you. If you don’t want to pay to take the official test, you can take a pretty good (and free) online version here. Cost: $150 or free online knock-off 2. Cost: $9.95 3. Cost: Free 4. Cost: Free-$19.95 5. 6. Cost: Free sample, $89.95+ for full results 7. 8. 9.