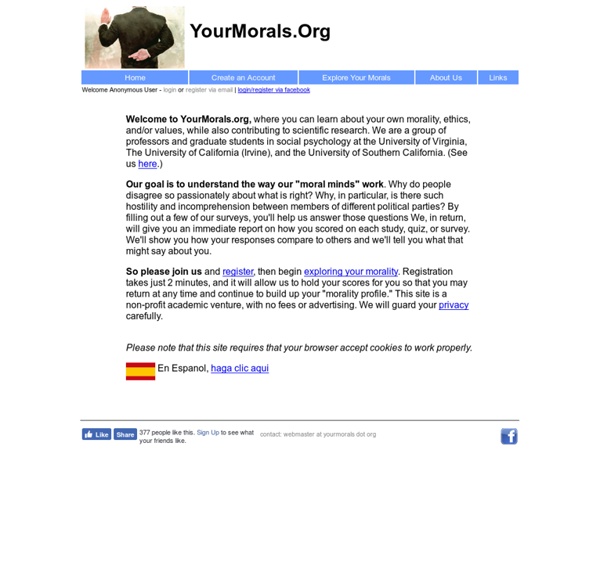 Your brain on pseudoscience: the rise of popular neurobollocks An intellectual pestilence is upon us. Shop shelves groan with books purporting to explain, through snazzy brain-imaging studies, not only how thoughts and emotions function, but how politics and religion work, and what the correct answers are to age-old philosophical controversies. The dazzling real achievements of brain research are routinely pressed into service for questions they were never designed to answer. In my book-strewn lodgings, one literally trips over volumes promising that “the deepest mysteries of what makes us who we are are gradually being unravelled” by neuroscience and cognitive psychology. The New Atheist polemicist Sam Harris, in The Moral Landscape, interprets brain and other research as showing that there are objective moral truths, enthusiastically inferring – almost as though this were the point all along – that science proves “conservative Islam” is bad. Shades of grey The human brain, it is said, is the most complex object in the known universe.

D*I*Y Planner | the best thing in printing since Gutenberg Bodhi Path Natural Bridge, VA <div class="rgsgcontent"><div class="myGallery-NoScript" id="myGallery-NoScript597"><div class="rgsg-btn" style="display:none">00</div><img src="uploads/nb_test/04.jpg" class="full" /></div></div> Bodhi Path Natural Bridge opened its doors in 1997 to teach Buddhist philosophy and meditation to all who are interested. Located in Rockbridge County between Natural Bridge and Lexington, the center is less than one hour north of Roanoke. It occupies 45 acres of hilly forested land, nestled in the valley between the Blue Ridge and Alleghany Mountains. The Center is located in the Shenandoah Valley because of the tranquil nature and beauty of the area as well as its accessibility to transportation, cultural institutions, and population centers. Dharma teacher Tsony serves as the Center's resident teacher.

Aristotle's Political Theory First published Wed Jul 1, 1998; substantive revision Wed Jan 26, 2011 Aristotle (b. 384 – d. 322 BCE), was a Greek philosopher, logician, and scientist. Along with his teacher Plato, Aristotle is generally regarded as one of the most influential ancient thinkers in a number of philosophical fields, including political theory. Aristotle was born in Stagira in northern Greece, and his father was a court physician to the king of Macedon. 1. The modern word ‘political’ derives from the Greek politikos, ‘of, or pertaining to, the polis’. In the Nicomachean Ethics Aristotle describes his subject matter as political science, which he characterizes as the most authoritative science. Supplement: Characteristics and Problems of Aristotle's Politics 2. Political science studies the tasks of the politician or statesman (politikos), in much the way that medical science concerns the work of the physician (see Politics IV.1). Aristotle frequently compares the politician to a craftsman. 3. 4.

Thomas P. 'Tip' O'Neill - Biography Practical Happiness Advice That Works | The Positivity Blog Rousseau, Discourse on the Sciences and the Arts Custom Search Jean Jacques Rousseau Discourse on the Origin and the Foundations of Inequality Among Men [This translation, which has been prepared by Ian Johnston of Vancouver Island University, is available for general use but has some copyright restrictions. To the Republic of GenevaPrefaceNotice on the NotesQuestion Posed by the Academy of DijonDiscourse on InequalityFirst PartSecond PartRousseau’s NotesTranslator’s Endnotes In the following text there are two sorts of endnotes, those provided by Rousseau and those provided by the translator. The notes provided by the translator are indicated by an asterisk hyperlink in the text. Jean-Jacques Rousseau (1712-1778) prepared his Discourse on Inequality (also called the Second Discourse) as an entry in a competition organized by the Academy of Dijon in 1754. When the Second Discourse was published again in 1782, Rousseau inserted a few short minor additions into the text. Jean-Jacques Rousseau by Jean-Jacques Rousseau Citizen of Geneva

Famous Philosophers on Politics, Political Science, Globalisation, Oligarchy, Democracy Famous Philosophers on Politics, Political Philosophy, Political Science, Globalisation, Oligarchy & Democracy Quotes from Plato, Aristotle, Caesar, Machiavelli, Hobbes, Stalin, Lenin, Hitler, Bismarck, Mussolini, de Montaigne. On the Evolution of a True Democracy Founded on True Knowledge of Reality: Globalisation as the Interconnected Ecology of Political States and Reality. .. by nature man is a political animal. Hence men have a desire for life together, even when they have no need to seek each other’s help. Nevertheless, common interest too is a factor in bringing them together, in so far as it contributes to the good life of each. Mankind has tried the other two roads to peace - the road of political jealousy and the road of religious bigotry - and found them both equally misleading. Politics is derived from the Greek words 'Polis' which means community and 'Poli' meaning many. Geoff Haselhurst Famous Philosophers & Politicians Quotes on Politics & Political Philosophy ...

The Love of One&#039;s Own and the Importance of Place If you are a current subscriber, log in here. Stratfor - the leader in Geopolitical Analysis: Political Economic Military Our readers get: Situational Awareness - real-time reports of key events - no fluff. We will never sell or share your information. Litemind - Exploring ways to use our minds efficiently.

Rousseau, Jean-Jacques  Jean-Jacques Rousseau was one of the most influential thinkers during the Enlightenment in eighteenth century Europe. His first major philosophical work, A Discourse on the Sciences and Arts, was the winning response to an essay contest conducted by the Academy of Dijon in 1750. In this work, Rousseau argues that the progression of the sciences and arts has caused the corruption of virtue and morality. Rousseau greatly influenced Immanuel Kant’s work on ethics. Table of Contents 1. a. Jean-Jacques Rousseau was born to Isaac Rousseau and Suzanne Bernard in Geneva on June 28, 1712. In 1742 Rousseau went to Paris to become a musician and composer. In the autumn of 1753, Rousseau submitted an entry to another essay contest announced by the Academy of Dijon. In 1756, a year after the publication of the Second Discourse, Rousseau and Therese Levasseur left Paris after being invited to a house in the country by Mme. It was during this time that Rousseau wrote some of his most important works.

Books: 'The Righteous Mind: Why Good People are Divided by Religion and Politics' By Angie Drobnic Holan Published on Saturday, April 28th, 2012 at 10:00 a.m. Editor's note: From time to time, we interview authors about books we think would be of interest to our readers. (See a previous installment here.) Sometimes we wring our hands over the extreme partisanship in Congress, on cable TV and all over the Internet. That dynamic might not be healthy, but it is real. Haidt reaches some surprising conclusions. Haidt’s ideas aren’t just theories, though. Haidt recently spoke with PolitiFact about some of the ideas at work in his book. One of the main ideas of your book is that political sentiment is partially learned, but partially innate. The most important thing to realize is we’re not blank slates at birth. But even if you have a brain predisposed to liberalism, you might end up with some conservative friends or find inspiring conservative role models who could be very influential on you, and that could send you down a different track in life. I’m an intuitionist.