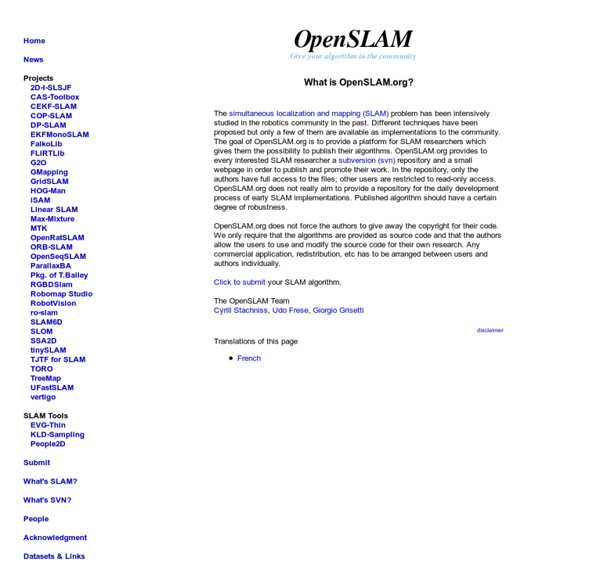 DORA - 柴火创客空间 出自柴火创客空间 DORA Open Robot Assistant Project This project is aimed at building a cheap GENERAL-PURPOSE robot that does REAL-WORLD job, such as fetch a beer from fridge. a more detailed explanation on the goal of this project: Why DORA? Project website: DORA Project Dorabot Prototype I, Now in Sudoroom hackerspace, Oakland, CA, USA. MiniDORA, a miniture version of Dorabot that is software compatible with a full-sized Dorabot. Join our weekly meetup every Saturday Afternoon Check out (and join!) Weekly Meetup Saturday Night, 19:30~21:30 @ Chaihuo Makerspace We'll talk about the problems we met in the week, try figure out solution together, and most important: enjoy hacking together! Fee Standard Robot Maker：400RMB/mo Robotic Zealot：800RMB/mo Starving Roboticist：200RMB/mo There's no difference in all three fee levels. All fee will be put into DORA_Fund, maintained by Feng Zhu. Everyone who pays the fee will automatically become Chaihuo DORA Member, can come to the space anytime to hack ON ROBOT.

Indoor Navigation Robot using OpenCV Interesting Project Having a Raspberry Pi myself, I have been amazed on the variety of solutions that can be done with a £25 ($35) computer. Update: This can be done and here is some proof: there is a video of this with the wireless keyboard On Friday 10th August 2012 there was a video posted on the official news/blog for Raspberry Pi The video (English or German) shows from a very basic setup 17 LED's using the GPIO to very advanced (controlling a motor vehicle's engine rpm) with the videos NOTE there is a section where they are controlling small-robots. I am fairly sure QGIS would run on Ubuntu (slowly when processing) on an Raspberry Pi but not tested. RAM can be added to Raspberry Pi - 48GB in fact There is a Raspberry Pi (Beta) Stack Exchange

Robot Control - Physical Computing with Raspberry Pi Difficulty: intermediate This tutorial guides you through how to drive the servos on the robot, how to have it react to its environment through the use of sensors and as an extension how to control it over Bluetooth with a Wiimote. It is recommended that you look through the Buttons and Switches tutorial before beginning this one. It is recommended to use one of our SD cards or images. Inspect your robot, make sure everything is connected and decide on what sensors you have available to you. First thing is to get the robot driving. python to get a console running, this does not need to be root for i2c control, however if you want to interface with other GPIO you will need to run as root (sudo python) instead. In your Python console: #import our i2c libraries to be able to speak to the chip import i2c #start a connection to the chip, default frequency is 50Hz which is good for driving servos servos = i2c.I2C() Now that you have a connection to the i2c chip you may have to calibrate your servos.

My weekend project: an Arduino, Raspberry Pi & Node.js robot | beriberikix Yes I know, I'll get more buzzwords when I my JavaScript creates Cloud Synergy - but after I Pivot. I've been spending my wee few hours a week designing, tinkering and finally building my little robotics platform. I've had ideas brewing for a while but haven't had enough time outside of work to start hacking. It all started when I first saw Rick Waldron's Johnny Five framework for Node.js. Sensors are asynchronous, so, ya, a node.js robot framework makes sense. A few months later I started sketching designs, reading up on firmata and buying my arduino & Pi. Before the what & why, here's the basic BOM:1 Arduino Uno R3 running firmata1 original Raspberry Pi with Raspbian, Node.js & 4gb of storage1 Magicians chassis1 SN754410NE Quad Half H-Bridge to drive the motors1 dual-output mobile battery backA custom mount for the Pi & some custom USB cabling for power Why Raspberry Pi The main controller is a Rpi. Why Node.js Short answer: Internet of things & I <3 Node. Hardware choices What's next

Raspberry Pi + Python + Arduino = Robot! cmd-robot - This is Tom and Cian's robot code repository! The CMDrobot project incorporates all mechatronic engineering disciplines; mechanical, electronic, computer, software, control and systems design. The project founders are Tom Ingram and Cian Byrne. The aim of the CMDrobot project is to create a network of robots which can wirelessly communicate with base stations as well as mobile field agents. The project involves the construction of two "CMDrobots". OPSEC CLASSIFIED- Missiles currently beta testing Programming Languages Throughout the course of the project we have experimented and used a variety of programming languages including: Python Visual Basic C++ Bash Every language has a part in the project which is detailed below! NEW Language used primarily in Windows Phone app development. The entire client side of the project is now entirely written in Visual Basic (VB). Visual Basic handles: Python The main programming language used throughout the project was Python 2.7. Bash Bash is a scripting language used in Linux to do basic scripting.

OpenCV Installation Troubleshooting Guide « ozbotz.org August 18th, 2011 | Posted by Osman Eralp | - (Comments are closed) Software Tags: opencv, software, ubuntu [Revised 2011-08-29. Here is a list of error messages that are addressed by this guide: ERROR: libx264 not foundundefined reference to ‘x264_encoder_open_116′libv4lconvert-priv.h:25:21: fatal error: jpeglib.h: No such file or directorylibv4l1.c:53:28: fatal error: linux/videodev.h: No such file or directory/home/osman/src/opencv/OpenCV-2.3.0/modules/highgui/src/cap_ffmpeg_impl.hpp:492:13: error: ‘CODEC_TYPE_VIDEO’ was not declared in this scopelibv4lconvert: warning more framesizes then I can handle! Problems Building ffmpeg Problem<84> ... Solution Use ffmpeg version 0.7.x. Problem<84> ... To rebuild ffmpeg, change to the directory where you untared the ffmpeg source files, and enter the following commands: . This solution comes from Problems Building v4l Problem<37> ...

Cross-compilation & Distributed compilation for the Raspberry Pi | Jeremy Nicola Introduction Compiling large programs such as a Linux Kernel, or big libraries like OpenCV, OpenNI directly on your Raspberry Pi will take a lot of time, and sometimes will even fail ( I was not able to reach more than 6% in the compilation process of the PCL, when compiling directly on the Pi ). In this howto I will show you how to: cross compile programs, i.e.: how you can compile a program on your PC so that it will run on your Raspberry Pidistribute the compilation so that when you compile a program from your Raspberry Pi it actually gets cross-compiled on your remote PC(s), in a totally transparent manner I am assuming that just as me, you're manipulating directly in your $HOME directory, both on your Raspberry Pi and your PC, running any Debian-flavored Linux distribution ( Debian, Linux Mint Debian Edition, Ubuntu... ). 1 - Install a toolchain To cross compile you have to set up a toolchain. build it yourselfuse the one provided by the Raspberry Pi Foundation A simple Hello world! . .