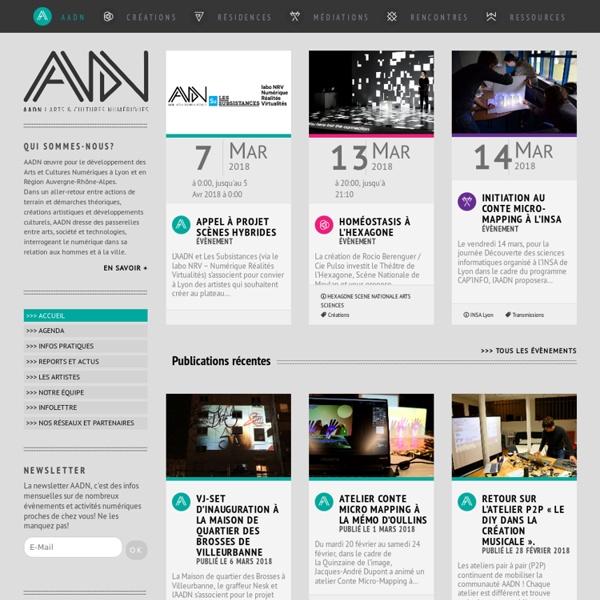 In Terms of Performance — Duration — André Lepecki André Lepecki, a scholar and curator of performance, is associate professor in the department of performance studies at Tisch School of the Arts, New York University. Duration is not time extended. Actually duration has little to do with extension or other spatial references—this was Henri Bergson’s insight in Time and Free Will (1889). There, duration simultaneously names both time’s “essence” and a very particular experience of time, rare and difficult: that of a quasi-unmediated exchange between a conscious subject and the plane of matter, in which “the communicative surface between the ego and external objects” endures a profound transformation and in which time is no longer measured, assessed, inserted into an economy but is felt.

Institute for Applied Autonomy Little Brother Pamphleteer, aka "Little Brother," is a propaganda robot which distributes subersive literature. Pamphleteer is designed to bypass the social conditioning that inhibits activists' ability to distribute propaganda by capitalizing on the aesthetics of cuteness. The robot's form references a tradition of robot aesthetics developed in science fiction and popular media. Artist's Statement of dancer and choreographer Alice Chauchat Artist's Statement "Dance is for me an experimental frame in which I can think and practice, together with other people, a social and entangled subjectivity: I-as-part-of-we, I-through-we, I-in-we. This is not an independent 1st person perspective, but a 1st person singular that exists within and in relation to a 1st person plural.

P(AR)ticipate: body of experience/body of work/body as archive What do you think, feel, how do you move? Social theorist and philosopher Brian Massumi (2002) claims that when we are in motion we undergo intuitive experiences and interactions with the environment. We forego the linguistic models of coding and try to find a “semiotics willing to engage with continuity” (Massumi 2002, 4). It is in this ever present kinesis, movement and change that we experience things. The body unfolds in its own transition, its own variation supporting philosopher Merleau-Ponty’s idea that this is how we anchor our bodies to the world, expressing and functioning in spaces of “muddy, unmediated relatedness” (Gregg and Seigworth 2010, 4, cited in Kozel 2012, 91). Film theorist Rudolph Arnheim (1957) furthers the idea and claims that our eyes constantly work in cooperation and are connected with the rest of the moving body.

Hotel Obscura Hotel Obscura, a project initiated by Triage (AU), is currently being developed and produced by Triage, Kara Ward productions & Arts House in Australia and Die Fabrikanten (AT), Mezzanine Spectacles (FR) & Ohi Pezoume (GR) in Europe. This international cooperation project will focus on intercultural and artistic exchanges that investigate live art, experimentation with digital technologies that extend into urban spaces. The project aims to develop rich and long-term artistic collaborations and networks for all partners & cities. Hotel Obscura was awarded a substantial grant in August 2013 by the European Cultural Commission’s 3rd Country Collaboration initiative. Hotel Obscura is a two year project (2014-2016).

Geeta Dutt: Five Definitive Recordings Of the great playback singers of the golden era of Bollywood cinema, no one quite exudes the sad beauty of Geeta Dutt. Her melancholic demeanour and quivering voice reflected the personal tragedies that cemented her reputation as Bollywood’s ultimate tragic heroine. Her turbulent marriage to director and actor, Guru Dutt, which ended with his suspected suicide in 1964, was followed by her decline into alcoholism and death from cirrhosis of the liver in 1972 at the age of 41. Although her career was cut short and her output relatively small, she recorded some of the most memorably songs of Hindi cinema as well as fine renditions of traditional Bengali songs. These are our 5 recommended recordings by Geeta Dutt: Tadbeer Se Bigdi Huyi Taqdeer S20 Hiroaki Umeda Choreography & Dance: Hiroaki Umeda Image Direction: S20 Visual Research: Ludovic Burczykowski Image Programming: Shoya Dozono Video Editing: Guillaume Gravier Sound & Lighting Design: S20 Production: S20 Coproduction: Le Manège – Scène Nationale, le manège.mons, la Gare Numérique – Jeumont, la Maison des Arts de Créteil, Stereolux – Nantes, Mapping Festival – Genéve Year: 2015 A horizontal line projected on the screen tremors.

Screams Activate a Giant Ecosystem of Light All pictures and GIFs courtesy Romain Leblanc and Bruno Ribeiro Next weekend, part of the new media art scene will converge to Praha, Czech republic, for the third edition of Signal festival, an annual digital creativity celebration kicking-off this Friday. Among the many stunning projects spread out over the city—including Strata #4 by Quayola, Onion Skin by Olivier Ratsi, and even Nimbes by Joanie Lemercier, to name but a few— RESONANT, by Montreal-based french multidisciplinary artist Bruno Ribeiro, buzzes with life. Created in collaboration with 0H1 collective and Studio Bruyant, RESONANT is an audiovisual installation that offers viewers the ability to personalize their own experiences within.