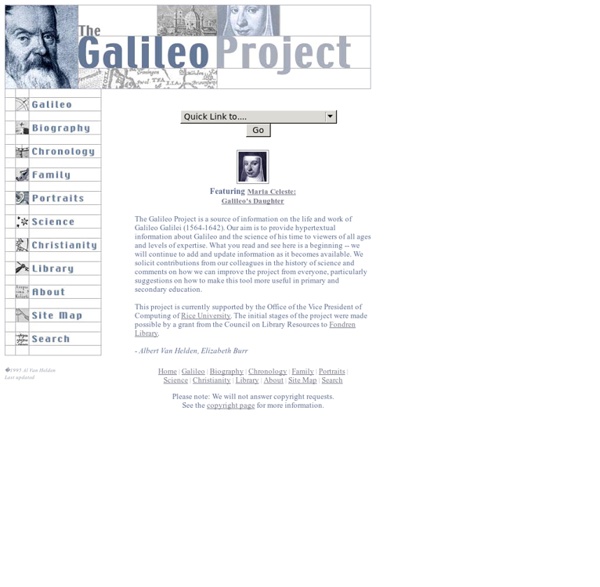 Welcome to the Museum of the History of Science - Museum of the History of Science : Museum of the History of Science Stephen Hawking: "Why Isn't the Milky Way Crawling With Mechanical or Biological Life?" (A New Year's Weekend Classic) Why hasn't the Earth been visited, and even colonized? Hawking asks. "I discount suggestions that UFO's contain beings from outer space. I think any visits by aliens, would be much more obvious, and probably also, much more unpleasant." Hawking continues: "What is the explanation of why we have not been visited? One possibility is that the argument, about the appearance of life on Earth, is wrong. We are used to thinking of intelligent life, as an inevitable consequence of evolution, Hawking emphasized, but it is more likely that evolution is a random process, with intelligence as only one of a large number of possible outcomes. Intelligence, Hawking believes contrary to our human-centric existece, may not have any long-term survival value. Another possibility is that there is a reasonable probability for life to form, and to evolve to intelligent beings, but at some point in their technological development "the system becomes unstable, and the intelligent life destroys itself.

Pictures of Science: 700 Years of Scientific and Medical Illustration - NYPL Digital Collections Collection History This digital collection draws upon the materials selected for an exhibition called "Seeing Is Believing," held in the Library's Gottesman Exhibition Hall, October 23, 1999 - February 19, 2000. Natural history materials were included very selectively in that exhibition; however, natural history materials have their own separate presentations in NYPL Digital Gallery, devoted to plants and to animals respectively. Background The digital presentation reprises the exhibition's overarching premise: pictures, as Leonhart Fuchs noted in the introduction to his great herbal of 1542, "can communicate information much more clearly than the words of even the most eloquent men." The exhibition posited three categories of scientific images. The exhibition and this digital presentation share the same proviso. Related Resources Baigrie, Brian S., ed. Ford, Brian J. Horblitt, Harrison. Lee, Jennifer B. and Miriam Mandelbaum. NYPL. _____. Robin, Harry. Tufte, Edward R.

Minecraft Wiki PLOS | Public Library Of Science Scientists Now Know: We're From Sagittarius Dwarf Galaxy! Scientists Now Know: We're Not From Here! Summary & comments by Dan Eden for Viewzone Imagine the shock of growing up in a loving family with people you call "Mum" and "Dad" and then, suddenly, learning that you are actually adopted! This same sense of shock came as scientists announced that the Sun, the Moon, our planet and its siblings, were not born into the familiar band of stars known as the Milky Way galaxy, but we actually belong to a strange formation with the unfamiliar name of the Sagittarius Dwarf galaxy! How can this be? Using volumes of data from the Two-Micron All Sky Survey (2MASS), a major project to survey the sky in infrared light led by the University of Massachusetts, the astronomers are answering questions that have baffled scientists for decades and proving that our own Milky Way is consuming one of its neighbors in a dramatic display of ongoing galactic cannibalism. A new infra red digital survey of the entire sky was made in 2003. Not any more. Viewzone || Comments?

The Feynman Lectures on Physics The Top 5 Astronomical Events to Witness Before You Die | Fun Lists - Top 10 Lists In the age of internet, television, and Lady Gaga, it’s easy to ignore the dazzling displays the sky gives us every night. In ancient times, however, human civilizations based their entire calendar, and thus their way of life, upon what they saw in the cosmos. While humanity’s interest in astronomy has diminished over the centuries, the sky remains nonetheless spectacular. Few people have the time to go stargazing every night, but here are 5 celestial events so awe-inspiring, everyone must see them in their lifetime. 5. Next Occurrence: August 9-14, 2011 Every August, the night sky lights up with a dazzling display known as the Perseid meteor shower. 4. Next Occurrence: June 15, 2011 in Africa Ever get bored with the predictably drab hue of the moon? 3. Occurrence: Year round More commonly known as the Northern Lights, Aurora is a fantastic light display that occurs at extreme Northern or Southern latitudes. 2. 1. Top 10 Amazing Stars in the Universe (toptenz.net) Shortlink:

OnLineLabs ChemLab There is a fee for this one, but it is well worth the price! They are truly interactive and you can design your own simulations! Go to the downloads page for a free evaluation trial Dartmouth ChemLab This site has some very good interactive virtual labs plus a terrific interactive periodic table! Virtual Chemistry Chemistry and Physics applets and phylsets from Davidson University. You can also download and use on your own webpages. Virtual Chemistry Lab This site has virtual experiments as well as webcasts on chemistry topics.

The history of modern science reflected in the life of its seminal practitioner. by nda_librarian Apr 30