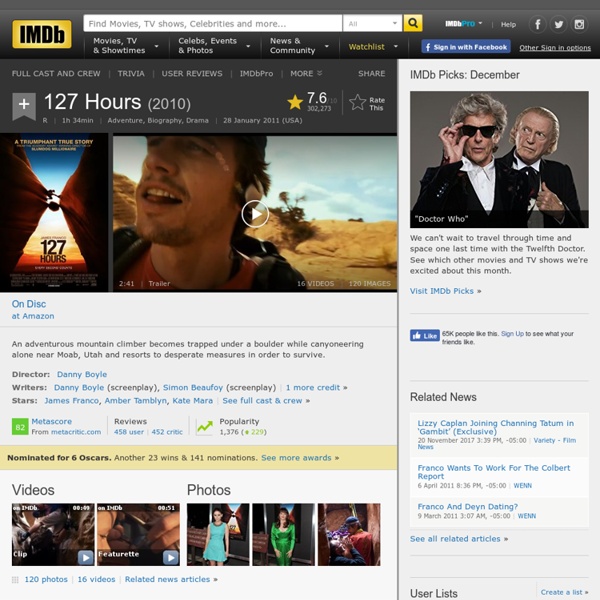 Aron Ralston Aron Lee Ralston (born October 27, 1975) is an American outdoorsman, engineer and motivational speaker. He survived a canyoneering accident in south-eastern Utah in 2003, during which he amputated his own right forearm with a dull multi-tool in order to extricate himself from a dislodged boulder, underneath which he had been trapped for five days and seven hours. After he freed himself, he had to rappel down a 65 foot (20 m) sheer cliff face to reach safety.[1] Background[edit] Ralston was born on October 27, 1975, in Marion, Ohio. He and his family moved to Denver when he was age 11. He had the goal of climbing all of Colorado's "fourteeners" — peaks over 14,000 ft high, of which there are 59; solo and during winter (a feat that had never been recorded). In August 2009, Ralston married Jessica Trusty. Accident[edit] On April 26, 2003, Aron Ralston was hiking through Blue John Canyon, in eastern Wayne County, Utah, just south of the Horseshoe Canyon unit of Canyonlands National Park.

Erin Brockovich (2000) Shutter Island (2010 The King's Speech (2010 List Of Life Affirming And Inspiring Feature-Length Movies from Thea Westra at Forward Steps Images and ideas that you allow to reach your conscious mind are taken up by your subconscious mind. This reprograms your mind’s hard-drive automatically. Your conscious mind draws on it moment by moment, for daily choices you make. If you have movies that you feel would be wonderful to add to the list, below, please use the following form to send your recommendation to me. I’ll definitely take a look, make a personal judgement and then include it here. Suggest Movies For Adding To This List An old man said to his grandson, “Boy, I have two tigers caged within me. Using internet based tools, I inspire, encourage and support all our Forward Steps in authentically doing what we want with our own life, making it easy for everyone to celebrate and freely express passion, vitality, happiness, altruism and peace. Forward Steps is all about just that ...forward steps. My mantra is that "Each forward step enhances the value of your first". P.S.

Schindler's List (1993) City of God (2002 The Pagemaster The Pagemaster is a 1994 American live-action/animated fantasy adventure film starring Macaulay Culkin, Christopher Lloyd, Patrick Stewart, Whoopi Goldberg, Frank Welker and Leonard Nimoy. The film was produced by Turner Pictures and released by 20th Century Fox on November 23, 1994. The film was written for the screen by David Casci,[1] based on a 6-page pitch by writer Charles Pogue entitled "Library Days," presented to Casci by producer David Kirschner. The film was directed by Joe Johnston (live action) and Pixote Hunt and Glenn Chaika (animation), and produced by David Kirschner and Paul Gertz. Plot[edit] He is met by the Pagemaster, who sends him through the fiction section to find the library's exit. Richard awakens, finding Adventure, Fantasy, and Horror next to him as real books. Cast[edit] Controversy[edit] At the time, this case was the most expensive and extensive investigation of its type undertaken by the WGA on behalf of one of its members. Production notes[edit]