FREE Study Skills Resources for Educators, Students, and Parents. Controlling Procrastination. Procrastination is putting off or avoiding doing something that you must do. 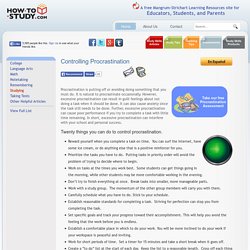 It is natural to procrastinate occasionally. However, excessive procrastination can result in guilt feelings about not doing a task when it should be done. It can also cause anxiety since the task still needs to be done. Further, excessive procrastination can cause poor performance if you try to complete a task with little time remaining. Which Study Habits Can You Improve? What's Your Learning Style? True Grit: The Best Measure of Success and How to Teach It. Can you predict academic success or whether a child will graduate? 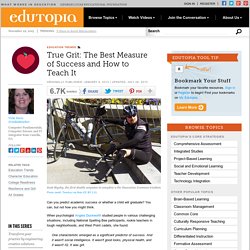 You can, but not how you might think. When psychologist Angela Duckworth studied people in various challenging situations, including National Spelling Bee participants, rookie teachers in tough neighborhoods, and West Point cadets, she found: One characteristic emerged as a significant predictor of success. And it wasn't social intelligence. It wasn't good looks, physical health, and it wasn't IQ. Why is Grit So Important? Using the Grit Scale that Duckworth developed with Chris Peterson, they found that grit is a better indicator of GPA and graduation rates. Add to this the findings (from Bowen, Chingos and McPherson's Crossing the Finish Line) that high school grades have a more predictive value of college success than standardized tests, and you may just see a shift from standardized test scores to high school GPA by some college admissions officers.

12-item%20Grit%20Scale.05312011.pdf. Conleycollegereadiness. A Professor's Pointers for Success in College: 21 Easy-to-Follow Tips  It's about that time again. 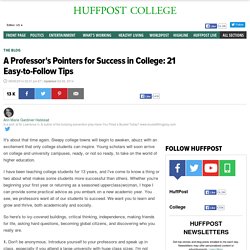 Sleepy college towns will begin to awaken, abuzz with an excitement that only college students can inspire. Young scholars will soon arrive on college and university campuses, ready, or not so ready, to take on the world of higher education. I have been teaching college students for 13 years, and I've come to know a thing or two about what makes some students more successful than others.

Whether you're beginning your first year or returning as a seasoned upperclass(wo)man, I hope I can provide some practical advice as you embark on a new academic year. You see, we professors want all of our students to succeed. So here's to ivy-covered buildings, critical thinking, independence, making friends for life, asking hard questions, becoming global citizens, and discovering who you really are. 1. 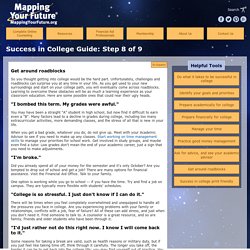 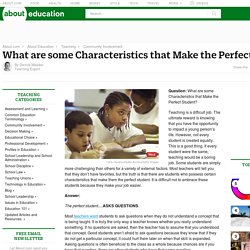 Teaching is a difficult job. The ultimate reward is knowing that you have the opportunity to impact a young person’s life. However, not every student is created equally. This is a good thing. If every student were the same, teaching would be a boring job. Answer: The perfect student.....ASKS QUESTIONS. Most teachers want students to ask questions when they do not understand a concept that is being taught.

Careers Portal - The 5 attributes of successful students. Wednesday, 16 January 2013 As thousands of last year’s Grade 12 learners count down the days to their first day at university or college, they’ll be faced with mixed feelings of excitement and anxiety. 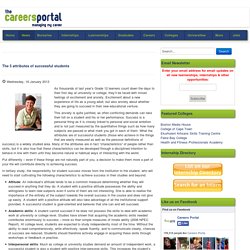 Excitement about a new experience of life as a young adult, but also anxiety about whether they are going to succeed in their new educational venture. This anxiety is quite justified, as often conflicting demands can take their toll on a student and his or her performance. Success is a personal thing as it is closely linked to personal and social ambition and is not just measured by the quantitative things such as how many subjects are passed or what mark you got in each of them. Good Characteristics of a Student. Higher_education_remediation_long. Enhanced Learning » Digital Learning Will Change Education Forever.

How do you choose the best education for your children? 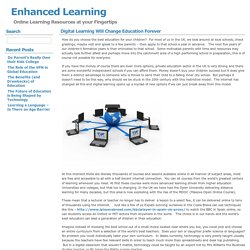 For most of us in the UK, we look around at local schools, check gradings, maybe visit and speak to a few parents – then apply to that school a year in advance. The next five years of our children’s formative years is then entrusted to that school. Some motivated parents with time and resources may actually look further afield and perhaps move into the catchment area of a high performing school in preparation, this is of course not possible for everyone. If you have the money of course there are even more options, private education sector in the UK is very strong and there are some wonderful independent schools if you can afford them. Money doesn’t buy your children success but it does give them a distinct advantage to someone who is forced to send their child to a failing inner city school. There are dangers of course, in the same inequalities expanding from traditional education to the digital learning categories. Do High-Stakes Placement Exams Predict College Success?

Community colleges are typically assumed to be nonselective, open-access institutions. 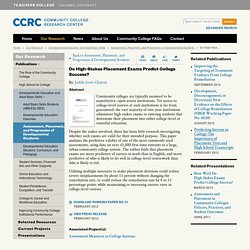 Yet access to college-level courses at such institutions is far from guaranteed: the vast majority of two-year institutions administer high-stakes exams to entering students that determine their placement into either college-level or remedial education. Despite the stakes involved, there has been little research investigating whether such exams are valid for their intended purpose. This paper analyzes the predictive validity of one of the most commonly used assessments, using data on over 42,000 first-time entrants to a large, urban community college system. 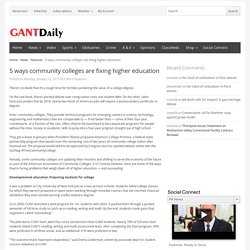 On the one hand, there’s pitched debate over rising tuition costs and student debt. On the other, labor forecasts predict that by 2018, nearly two-thirds of American jobs will require a postsecondary certificate or degree. Enter community colleges. Community College FAQs. Of first-time college students who enrolled in a community college in 2003–04, 34 percent earned a credential from a two- or four-year institution within six years. 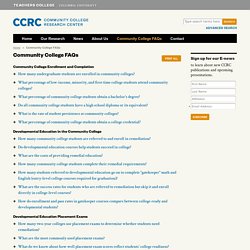 Another twenty percent had not yet received a credential but were currently enrolled somewhere. (Radford, Berkner, Wheeless, & Shepherd, 2010). The graduation rate typically used by for federal accountability purposes is the percentage of first-time, full-time students who complete a credential at their starting institution in 150 percent of the expected time to complete a given program: in other words, completions that occur within three years for two-year degrees, and six years for four-year degrees. Using this graduation measure, community colleges have a 22 percent completion rate. Enhanced Learning.