What are the best 2D game engines? - Slant. For the purpose of this question, a "2D game engine" is defined as a framework for managing game state and behavior, integrated with 2D-specific middleware (at minimum, a rendering engine). 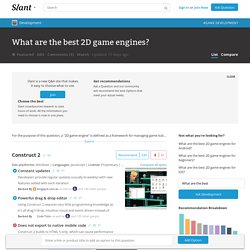 Godot Engine – Features. Use Your Eyes: Work inside a simple, yet flexible and feature rich editor, with tools popping up to aid you when needed. 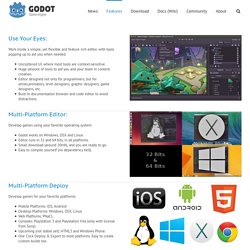 Uncluttered UI, where most tools are context-sensitive.Huge amount of tools to aid you and your team in content creation.Editor designed not only for programmers, but for artists,animators, level designers, graphic designers, game designers, etc.Built-In documentation browser and code editor to avoid distractions. Multi-Platform Editor: Develop games using your favorite operating system: Godot works on Windows, OSX and Linux.Editor runs in 32 and 64 bits, in all platforms.Small download (around 20mb), and you are ready to go.Easy to compile yourself (no dependency hell). 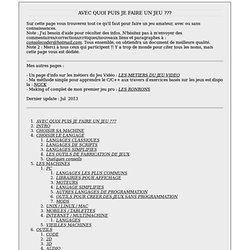 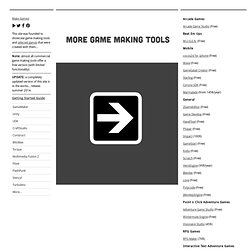 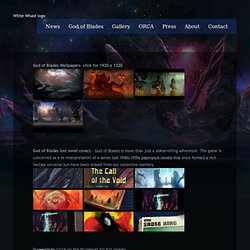 The game is conceived as a re-interpretation of a series lost 1940s-1970s paperpack novels that once formed a rich fantasy universe but have been erased from our collective memory. Screenshots (click on the thumbnail for full image) Concept art © 2012 White Whale Games. n64js - An N64 Emulator in Javascript. Status Some early N64 games are running now, and the framerate is improving steadily. 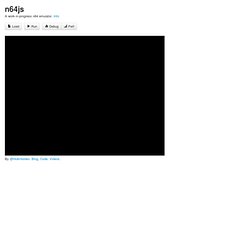 Here's a rough feature matirx showing what's been implemented: Supported Browsers I did some quick testing on OSX 10.8: WebGL is required, which places certain restrictions on which GPUs the emulator will work with. Tweet me if you have any additional info. Known Issues There's lots of issues right now with slow performance, graphics glitches, unsupported opcodes, emulation bugs. Controls Origins n64js is based on Daedalus, an emulator I started writing while I was at university under a pseudonym of StrmnNrmn. Thanks. Welcome. "Another World" source code review. Tall Studios. Game Development. Wintermute Engine. 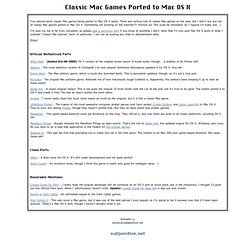 There are various lists of classic Mac games on the web, but I didn't see any list of classic Mac games ported to Mac OS X. Something not existing on the Internet??! Horrors no! This must be remedied! So I figured I'd make one. :) I'm sure my list is far from complete, so please post a comment here if you know of anything I don't. Enjoy! After Dark - [Added Oct-06-2005] OS X version of the original screen saver! Apeiron - The most addictive version of Centipede I've ever played. Dome Wars - The Mac artillery game, which is much like Scorched Earth. Klondike - The original Mac solitaire game. Glider Pro - A truely original classic! Glypha - I never really liked this Joust clone nearly as much as the original, but it is still a classic Mac game. LittleWing Pinball - The makes of the most awesome computer pinball games ever have ported Crystal Caliburn and Loony Labyrinth to Mac OS X.