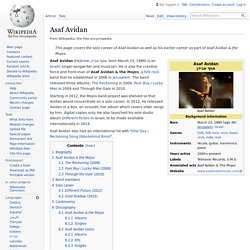 Starting in 2012, the Mojos band project was shelved so that Avidan would concentrate on a solo career. In 2012, he released Avidan in a Box, an acoustic live album which covers older songs by him, digital copies only. He also launched his solo studio album Different Pulses in Israel, to be made available internationally in 2013. Asaf Avidan also had an international hit with "One Day / Reckoning Song (Wankelmut Rmx)". Biography[edit] Asaf Avidan was born in Jerusalem. After mandatory army service in the IDF, Avidan studied animation at Jerusalem’s Bezalel Academy of Arts and Design. After his studies, Avidan moved to Tel Aviv and worked as an animator. Alice Jemima x WKND - NIGHTCALL. 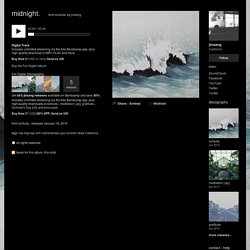 Caro Emerald. In April 2013, her second studio album The Shocking Miss Emerald went to No. 1 in the UK album chart, becoming her first UK No. 1 album.[3] Biography[edit] Caroline Esmeralda van der Leeuw was born on 26 April 1981 in Amsterdam, the Netherlands[4] to a Dutch father and an Aruban mother. 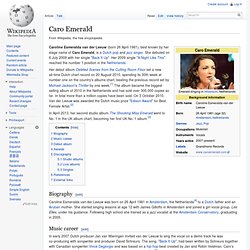 She started singing lessons at age 12 with James Gilloffo in Amsterdam and joined a girl vocal group, Les Elles, under his guidance. Following high school she trained as a jazz vocalist at the Amsterdam Conservatory, graduating in 2005. Music career[edit] The song demo was pitched to various publishers and labels but although the reaction was positive they struggled to imagine it suiting any particular artist and didn't believe it had a strong enough chart potential.[5] In the meantime, however, the song was posted on YouTube reaching public notice around the world.

Deep Elettronica. Henryk Górecki. Apart from two brief periods studying in Paris and a short time living in Berlin, Górecki spent most of his life in southern Poland. 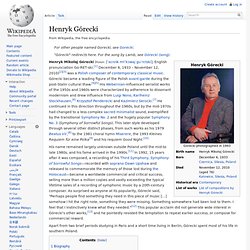 Biography[edit] Early years[edit] Henryk Górecki was born on December 6, 1933, in the village of Czernica, in present-day Silesian Voivodeship, southwest Poland. The Górecki family lived modestly, though both parents had a love of music. His father Roman (1904–1991) worked at the goods office of a local railway station, but was an amateur musician, while his mother Otylia (1909–1935), played piano. In 1937, Górecki fell while playing in a neighbor’s yard and dislocated his hip. Late Night Tales. Late Night Tales. 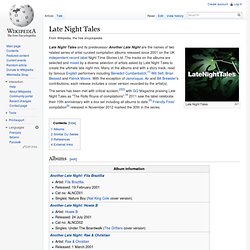 The series has been met with critical acclaim,[2][3] with GQ Magazine praising Late Night Tales as "The Rolls Royce of compilations".[4] 2011 saw the label celebrate their 10th anniversary with a box set including all albums to date.[5] Friendly Fires' compilation[6] released in November 2012 marked the 30th in the series. Lounge tracks. Ludovico Einaudi - Walk. 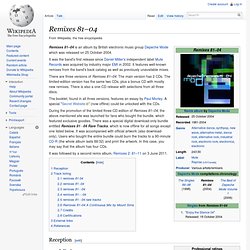 There are three versions of Remixes 81–04. The main version has 2 CDs. The limited-edition version has the same two CDs, plus a bonus CD with mostly new remixes. There is also a one-CD release with selections from all three discs. The booklet, found in all three versions, features an essay by Paul Morley. During the promotion of the limited three-CD edition of Remixes 81–04, the above mentioned site was launched for fans who bought the bundle, which featured exclusive goodies.