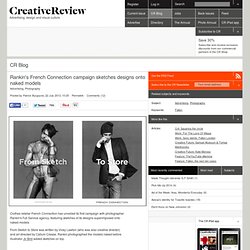 Rankin photographed the models naked before illustrator Jo Bird added sketches on top. This is the Autumn/Winter 2013 campaign for the retailer which will run until December in print, outdoor and online. In launching the campaign, French Connection marketing director Jennifer Roebuck claimed that it "brings out the fearless nature of the brand and our design credibility but with a twist. When you look back at the iconic FCUK campaigns you can also see the fearless attitude and that is part of the brand and our design philosophy. " The use of nudity perhaps makes it more provocative than the previous This is the Woman, This is the Man campaigns from Fallon and subsequently 101.

Will it work? FCUK made you look again. Rankin on advertising, nudity and making his son proud. Examples include the Dove campaign for real women, the NHS's anti-smoking ads and most recently, the new French Connection campaign. 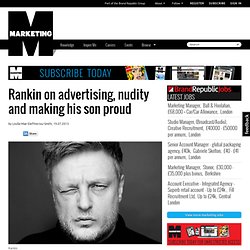 Here, he details what his new agency The Full Service is about, why he loves Stephen Marks and how the issues around body image fuel his work: I had an idea that I’d send a whip to all my clients, just for fun. "The Full Service is not a full advertising shop, we’re more along the lines of a content agency. We’ve been doing work for the past three or four years but simply didn’t give it a name. For me, our team is bigger than just Rankin Film or photography – there’s about 50 people that work here and they’re all excitingly creative in their own way.

"We also got an email from the bloke who owns a company called Full Service, saying we should probably change our name because his business is an adult entertainment agency. Stephen just said: 'I want it to be really exciting, even if you have to get someone’s cock out.' The Unilever people were fucking amazing. The Full Service. Photographer Rankin unveils clever new campaign for French Connection featuring nearly naked models. Campaign features pictures of naked models covered with fashion sketchesFrom Sketch to Store concept was unveiled at celebrity party on WednesdayThe fashion brand is famous for its edgy advertising campaignsIn-demand model Suki Waterhouse star of recent capsule collection shoot By Toni Jones Published: 15:27 GMT, 18 July 2013 | Updated: 13:29 GMT, 19 July 2013 High end High Street brand French Connection likes to cause a stir. 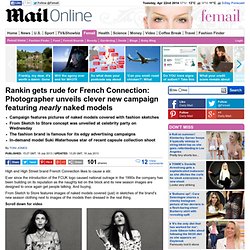 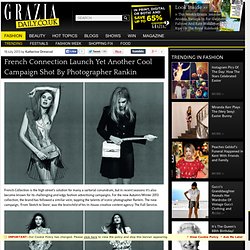 For the new Autumn/Winter 2013 collection, the brand has followed a similar vein, tapping the talents of iconic photographer Rankin. The new campaign, 'From Sketch to Store', was the brainchild of his in-house creative content agency The Full Service. In order to create the images Rankin first photographed models, two female and one male, in their natural (ie naked) form in his studio. French Connection unveils AW13 Rankin campaign. Next season will see French Connection take on a new look and feel. 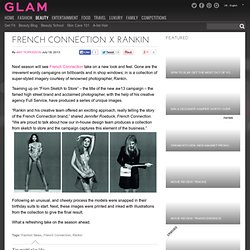 Gone are the irreverent wordy campaigns on billboards and in shop windows; in is a collection of super-styled imagery courtesy of renowned photographer, Rankin. Teaming up on “From Sketch to Store” – the title of the new aw13 campaign – the famed high street brand and acclaimed photographer, with the help of his creative agency Full Service, have produced a series of unique images. “Rankin and his creative team offered an exciting approach, really telling the story of the French Connection brand,” shared Jennifer Roebuck, French Connection.

“We are proud to talk about how our in-house design team produces a collection from sketch to store and the campaign captures this element of the business.” Following an unusual, and cheeky process the models were snapped in their birthday suits to start. What a refreshing take on the season ahead. French Connection Dresses Naked Models With Fashion Sketches [Pics] The fashion brand‘s latest campaign, “From Sketch To Store” gives customers a chance to see the various stages one of their designs has to go through before it finally reaches stores. 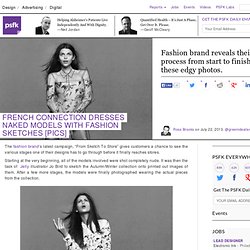 Starting at the very beginning, all of the models involved were shot completely nude. It was then the task of Jelly illustrator Jo Bird to sketch the Autumn/Winter collection onto printed out images of them. After a few more stages, the models were finally photographed wearing the actual pieces from the collection. Safe to say, the company knows what it’s doing and has managed to maintain it’s position as an industry leader when it comes to innovate design.