A Byte Out of History: The Spy Who Struck Out. CR4 - Blog Entry: May 23, 1985 – Thomas Cavanaugh: Engineer and Spy. On this day in engineering history, Thomas Patrick Cavanaugh was sentenced to life in prison for attempting to sell military secrets to the Soviet Union. 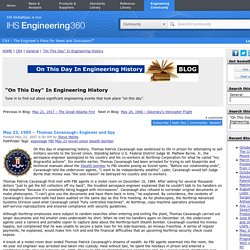 Standing before U.S. Federal District Judge W. Mathew Byrne, Jr., the aerospace engineer apologized to his country and his co-workers at Northrop Corporation for what he called "my disgraceful actions". Six months earlier, Thomas Cavanaugh had been arrested for trying to sell blueprints and technical manuals about the Stealth bomber to FBI sleuths posing as Soviet spies. "Before our relationship ends", Cavanaugh told the undercover agents, "I want to be independently wealthy". Thomas Patrick Cavanaugh first met with FBI agents in a motel room on December 10, 1984. Although Northrop employees were subject to random searches when entering and exiting the plant, Thomas Cavanaugh carried out larger documents and hid smaller ones underneath his shirt. 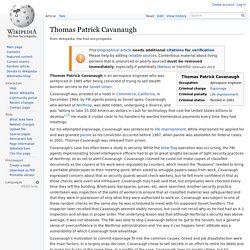 Cavanaugh was arrested at a hotel in Commerce, California, in December 1984, by FBI agents posing as Soviet spies. Cavanaugh, who worked at Northrop, was debt-ridden, undergoing a divorce, and was "willing to take 25,000 American dollars in cash for technology that cost the United States billions to develop".[1] He made it crystal clear to his handlers he wanted tremendous payments every time they had meetings. For his attempted espionage, Cavanaugh was sentenced to life imprisonment. While imprisoned he applied for and was granted parole as his conviction occurred before 1987, when parole was abolished for federal cases. In 2001, Thomas Cavanaugh was released from prison.

Indian-American Noshir Gowadia guilty of selling military technology to China. AP Photo Honolulu: A former B-2 bomber engineer who marketed and sold his stealth expertise to China is facing life in a federal prison following his conviction for bartering U.S. military secrets. 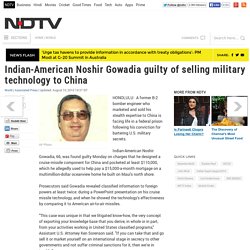 Indian-American Noshir Gowadia, 66, was found guilty Monday on charges that he designed a cruise missile component for China and pocketed at least $110,000, which he allegedly used to help pay a $15,000-a-month mortgage on a multimillion-dollar oceanview home he built on Maui's north shore. Prosecutors said Gowadia revealed classified information to foreign powers at least twice: during a PowerPoint presentation on his cruise missile technology, and when he showed the technology's effectiveness by comparing it to American air-to-air missiles.

"This case was unique in that we litigated know-how, the very concept of exporting your knowledge base that you derive, in whole or in part, from your activities working in United States classified programs," Assistant U.S. Attorney Ken Sorenson said. US spy for China Noshir Gowadia jailed for 32 years. 25 January 2011Last updated at 05:26 Gowardia's family said he would never have intentionally harmed the US A US engineer who sold military secrets to China has been sentenced to 32 years in prison. 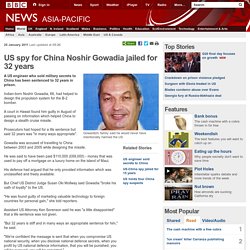 Indian-born Noshir Gowadia, 66, had helped to design the propulsion system for the B-2 bomber. Noshir Gowadia father of Chinese stealth technology. First there were lot of news and rumors that China is probably developing a secret stealth bomber like B-2 Spirit and then come the rumors that China might be into development of stealth fighters in the class of F-22 Raptor. 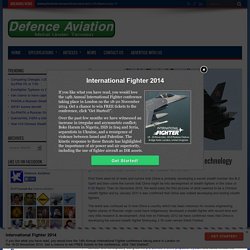 Then on December 2010, the world sees the first pictures of what seemed to be a Chinese stealth fighter and by January 2011 it was confirmed that China was indeed developing and testing stealth fighters. The world was confused as in how China a country which has been notorious for reverse engineering fighter planes of Russian origin could have indigenously developed a stealth fighter with record time and very little research & development. And now on February 2012 we have confirmed news that China is developing the second stealth fighter Shenyang J-16 code named Silent Flanker. Noshir Gowadia. Noshir Sheriarji Gowadia (born April 11, 1944) is a design engineer and convicted spy for several countries. 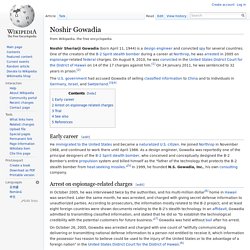 One of the creators of the B-2 Spirit stealth bomber during a career at Northrop, he was arrested in 2005 on espionage-related federal charges. On August 9, 2010, he was convicted in the United States District Court for the District of Hawaii on 14 of the 17 charges against him.[1] On 24 January 2011, he was sentenced to 32 years in prison.[2] The U.S. government had accused Gowadia of selling classified information to China and to individuals in Germany, Israel, and Switzerland.[3][4] Early career[edit] He immigrated to the United States and became a naturalized U.S. citizen. Arrest on espionage-related charges[edit] In October 2005, he was interviewed twice by the authorities, and his multi-million dollar[6] home in Hawaii was searched. On November 8, 2006, a federal grand jury in Honolulu returned an 18-count superseding indictment against Gowadia. Trial[edit] Northrop B-2 Spirit.