Tackle vs. Youth Flag Football: Which one & why? By Darin Wissner with Just A Game Events Youth tackle football is not as dangerous as the news labels it to be. 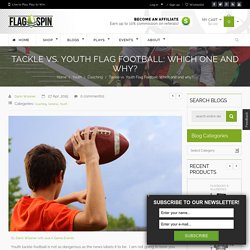 I am not going to bore you with statistics, but the fact is, that your 8-year old son just doesn’t get hit hard enough to get concussions! Half the kids on defense don’t want to lay your son out in the first place, they’re just running around like cockroaches when the lights get turned on. Of course, there is that ONE 8 or 9-year old defensive stalwart who is foaming at the mouth to knock your kid loopy, but just block him, or at the very least, get in his way! The entire offensive line, or those who WANT to block, just need to all gang up on the foaming of the mouth linebacker. We all know the numbers are down in youth tackle football participation. Parents are choosing not to play tackle nowadays because they blame it on the “dangers of the game.” My son when in 6th grade “played” one year of tackle football. Flag Football Plays. Flag Football is a non-contact version of traditional American football where players shed their pads and instead wear flags that are pulled in exchange for being tackled. 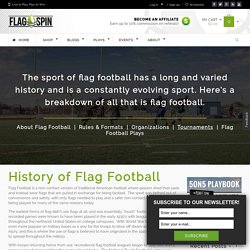 The sport was birthed out of convenience and safety, with only flags needed to play and a safer non-contact format, and is still being played for many of the same reasons today. The earliest forms of flag didn’t use flags at all, and was essentially “touch” football. The earliest recorded games were known to have been played in the early 1930’s with leagues popping up throughout the northeast United States on college campuses. With World War II, the sport became even more popular on military bases as a way for the troops to blow off steam without risking major injury, and this is where the use of flags is believed to have originated in the 1940’s as the sport began to spread throughout the military. 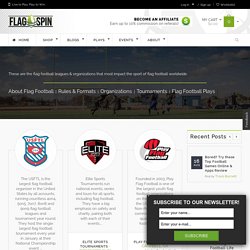 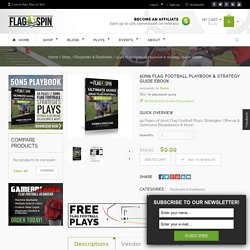 44 Pages of 5on5 Flag Football Strategies, Plays, Offense & Defensive Breakdowns & More! The Ultimate Guide to Adult Flag Football 5on5 Edition Ebook is the most comprehensive and informative 5on5 flag football playbook available today. Instead of overloading you with 100’s of plays that you’ll only ever use a fraction of and leaving it to you to determine which works best, we’ve filtered them down to the top 16 plays that you can build an offense around. We teach you how to actually run an offense, by taking the strategies, concepts and flag football plays we provide and learning how to tweak them to your teams strengths and weaknesses.

The playbook will come in PDF form, with a download link sent in your confirmation email and available from your Account page here on FlagSpin! Gatorade 7 oz. Disposable Cups. Locker Room Towels. How to Play and Win the Flag Football Plays? Why the adult flag football plays are so popular? Flag football is a slightly different from the usual football game as in the game of flag football the player has a small flag attached to the belt and the opponent needs to grab the flag off the waist. 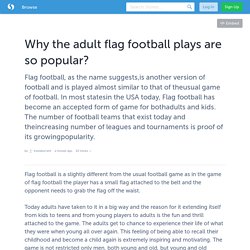 Today adults have taken to it in a big way and the reason for it extending itself from kids to teens and from young players to adults is the fun and thrill attached to the game. The adults get to chance to experience their life of what they were when young all over again. This feeling of being able to recall their childhood and become a child again is extremely inspiring and motivating. The game is not restricted only men, both young and old, but young and old women have been found to enjoy the game. Apart from that, adults playing a 4 on 4 or a 5 on 5 flag football game, do so to really play a serious game that ensures a lot of physical activity and brain activation.

Gatorade Thirst Quencher. Adams Single Latch Laundry Belts. Shock Doctor Gel Max Adult Convertible Mouthguard. An Overview of the Various Flag Football Leagues &Organizations. There are of course minor difference, but on the major ones is that instead of players being tacked and grounded, the players of the defensive team in the flag football must remove a flag that is fixed onto the belt of the players who is carrying the ball. 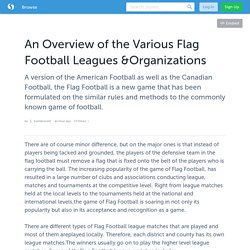 The increasing popularity of the game of Flag Football, has resulted in a large number of clubs and associations conducting league, matches and tournaments at the competitive level. Right from league matches held at the local levels to the tournaments held at the national and international levels,the game of Flag Football is soaring in not only its popularity but also in its acceptance and recognition as a game. There are different types of Flag Football league matches that are played and most of them areplayed locally. 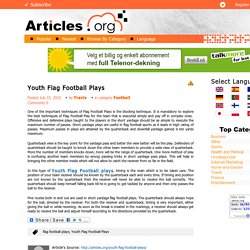 It is mandatory to explore the best techniques of Flag Football Play for the team that is executed simply and pay off in complex ones. Offensive and defensive plays taught to the players in the short yardage should be as simple to execute the maximum number of passes. Short yardage plays are useful in flag football sports as it leads in high rating of passes. Maximum passes in plays are attained by the quarterback and downfall yardage gained is ten yards maximum. Flag Football Rules. There are many different variations of flag football rules, to go along with the countless leagues and tournaments across the country, youth and adult. 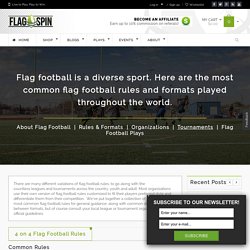 Most organizations use their own version of flag football rules customized to fit their players preferred style and differentiate them from their competition. We’ve put together a collection of some of the most common flag football rules for general guidance, along with common differences between formats, but of course consult your local league or tournament organizer for their official guidelines.

Common Rules The rules for 4on4 flag football don’t vary too wildly, and is fairly consistently played the same across the country due to it’s simplified nature. Typically played on the smallest field of any format at around 20-25 yards wide by 50 yards long, with 5-7 yard end zones. Variances. Flag Football Plays. Best Youth Flag Football Strategies for a Winning Game. Playing flag football is a mind game as much as it is a physical game. 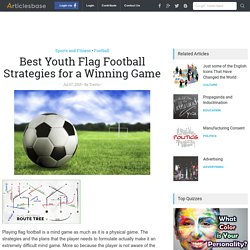 The strategies and the plans that the player needs to formulate actually make it an extremely difficult mind game. More so because the player is not aware of the strategy or plan of the player in the opponent team is gearing up. So there is always a firm focus on the game and whenever possible new strategies and plans need to be formulated to ensure a win in the game. So planning out some of the most strategic youth flag football plays is important for a sure shot victory in the game, especially when playing with teams that are considered winners and toppers. 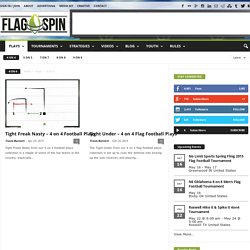 With many Flag football clubs emerging, there are many Championships being organized by various Associations formed for the same. The first Championships were held in 2002 and has been a regular feature that is held every 2 years. Slide 2. Emerge a winner with Strategies for Flag Football Plays. A variation of the game of football played in America and Canada, flag football is almost similar to the game of football that is usually played. The only difference here in flag football is that instead of the players having to tackle opponent players, they have to displace the flag or the flag belt from the carrier of the ball. Though amateurs are the usual players, there are competitive games are held as championships in which many teams participate and these teams have a widespread fan following.

Championships were initiated in the year 2002 and since then are being held every 2 years and are conducted by the International Federation of American Football. Adult & Youth Flag Football Plays. FlagSpin.com - Flag Football Plays & Tournaments. Flag Football Tournaments. Sign in / Join Welcome! Log into your account Forgot your password? Register for an account A password will be e-mailed to you. Recover your password Home Find Events Event Views Navigation Collapse FiltersShow Filters.