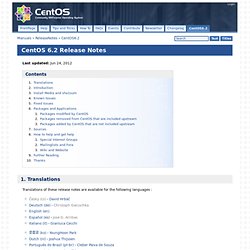 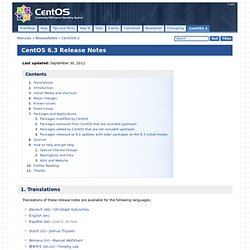 Translations Translations of these release notes are available for the following languages : The BTTV Mini-HOWTO. By Eric Sandeen, eric_sandeen@bigfoot.com v0.3, February 2000 This document describes the hardware, software, and procedures needed to use a bt8x8 chipset based frame grabber or TV tuner card under Linux. 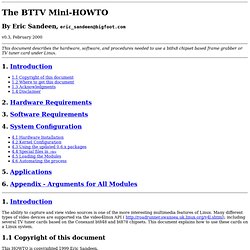 Wiki - Main Documentation. Please Note: This documentation is not yet fully updated for changes in versions from 1.23.0 or 1.24. 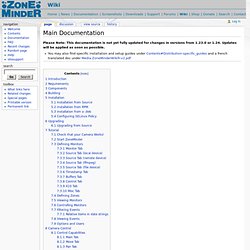 Updates will be applied as soon as possible. You may also find specific installation and setup guides under Contents#Distribution-specific_guides and a french translated doc under Media:ZoneMinderWikifr-v2.pdf Introduction. Bttv. Associated bttv driver modules Note: the dvb-bt8xx driver conflicts with the ALSA snd-bt78x driver. 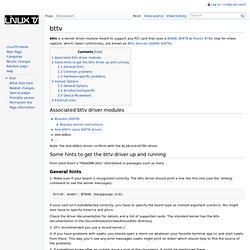 Some hints to get the bttv driver up and running From Gerd Knorr's "README.bttv" distributed in packages such as motv. General hints. Wiki - General Notes. Zoneminder Build Notes Required for Building. 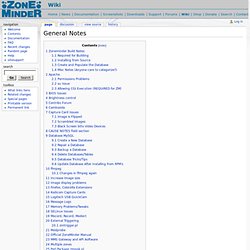 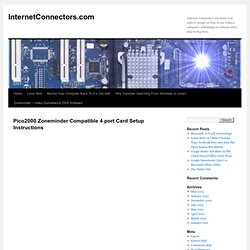 Using the Pico2000 compatible video capture card installed in your computer, you will have a fully functional 4 port (meaning 4 analog camera capable connections available) Zoneminder video surveillance system up and running in less than an hour. The card is capable of capturing the recorded video at 30 fps (frames per second), however when you have all 4 ports connected with 4 analog cameras recording video, you will capture at approx. 2 fps, per camera. This will be satisfactory for most video surveillance applications. Here is the specifications on the card: TV karta Much tv [Vyřešeno] 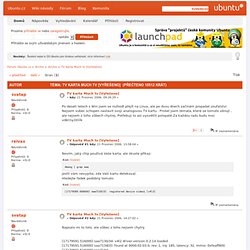 Ok, here are the good news:[ 46.912247] saa7134: You can use the card= No tuner found on input 0. If you have a tuner, please select a different input using --input= Www.kernel.org/doc/Documentation/video4linux/CARDLIST.saa7134. Wiki - ZMLarch. ZMLarch is a liveCD ZoneMinder demo, development tool, and installer solution. 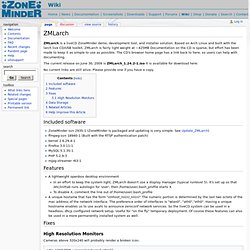 Based on Arch Linux and built with the larch live CD/USB toolkit, ZMLarch is fairly light weight at ~425MB Documentation on the CD is sparse, but effort has been made to keep it as simple to use as possible. The CD's browser home page has a link back to here, so users can help with documenting. ZM Basic 4 Port Video Surveillance Setup In Less Then An Hour.

This system setup with Zoneminder was a 4 camera analog system, with a 4 port video capture card. 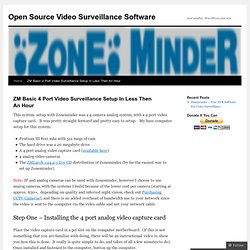 It was pretty straight forward and pretty easy to setup. My base computer setup for this system: Pentium III 800 mhz with 512 megs of ramThe hard drive was a 20 megabyte driveA 4 port analog video capture card (available here)4 analog video camerasThe ZMLarch 1.24.2-1 live CD distribution of Zoneminder (by far the easiest way to set up Zoneminder) Note: IP and analog cameras can be used with Zoneminder, however I choose to use analog cameras with the systems I build because of the lower cost per camera (starting at approx. $30+, depending on quality and inferred night vision, check out Purchasing CCTV Cameras), and there is no added overhead of bandwidth use to your network since the video is sent to the computer via the video cable and not your network cable.

ZMLarch (Zoneminder Linux surveillance OS) - enabling touchpad. ZMLarch (Zoneminder Linux surveillance OS) - enabling touchpad ssfc72: ZMLarch is a very good and powerfull camera surveillance program. As the name implies, the OS is based on the Arch OS and it is a Live CD.I put the ISO on a 1G pendrive, using the program unetbootin and ran it on my ACER Aspire One Netbook, as a Live CD.I have just started to play with the program and have a very rudimentary knowledge of how to set Zoneminder up.

One problem with the current release of ZMLarch, when running on notebooks and netbooks, is that the touchpad does not work. Setup a minimal CentOS 6.0 64-bit with networking. 1] Install a minimal CentOS 6.0 64-bit setup. I used the text-based installer to give me a minimal installation(but this does not provide for custom partitioning). The GUI can also be used to make a minimal installation, and this can provide for custom partitioning. 2] Edit your /etc/sysconfig/network-scripts/ifcfg-eth0 (or the appropriate network interface for your device).

Wiki - Ubuntu 8.10 Vanilla 32bit (with FFmpeg SVN, ZoneMinder SVN, jscalendar-1.0, cambozola-0.7) ZoneMinder on Ubuntu 8.10 - Vanilla Fresh Install Update Ubuntu 8.10 aptitude update aptitude full-upgrade Make System file changes (For ZoneMinder Shared Mem) For this section, I will refer you to the following 2 posts: Forum Post on Shared Memory. Wiki - CentOS. The intent of this walk through is to install a very base/bare bones installation of CentOS that runs only ZoneMinder. This would be for a dedicated ZoneMinder server with no GUI or any unnecessary services running. The reason for the very light-weight installation is to make the majority of system resources available to ZoneMinder, not the OS. With this installation, memory is reduced to around 140-160MB, and CPU usage is practically nonexistent. The CentOS base installation is very easy to install and doesn’t take too much time as long as you have some type of broadband connection.

There are many ways to install CentOS, but this article covers only two, because they are related. Wiki - CentOS. The intent of this walk through is to install a very base/bare bones installation of CentOS that runs only ZoneMinder. This would be for a dedicated ZoneMinder server with no GUI or any unnecessary services running. The reason for the very light-weight installation is to make the majority of system resources available to ZoneMinder, not the OS. With this installation, memory is reduced to around 140-160MB, and CPU usage is practically nonexistent. The CentOS base installation is very easy to install and doesn’t take too much time as long as you have some type of broadband connection.

Wiki - Pico2000. Introduction. Installing ZoneMinder on Centos 6. ZoneMinder is arguably one of the best video camera applications available for Linux, especially if you need to capture images and/or video from multiple cameras, both remote and local. It offers a huge set of features that just aren’t available in other pieces of free software. Bttv. Bt8x8 Cards by Number. Bttv devices (bt848, bt878) Bttv devices are collectively those PCI cards that are based upon either a Bt848, Bt878 or Fusion 878A chip, and which are supported under Linux by the bttv and associated kernel driver modules. These devices can be capture-only cards - which means video is taken directly from a video source without the use of a tuner - or they can be TV cards which make use of RF tuner circuitry to receive television signals and the capture chip is there to decode the extracted video and audio.

Bt878 card: no sound and only xvideo support in 2.6.31 bttv 0.9.18. Video4linux : bttv : Insmod-options. The BTTV HOWTO. Howard Shane This document was written to assist the reader in the steps necessary to configure and use a video tuner card based on the popular Bt848 and Bt878 chipsets within the Linux operating system. This document was written to assist the reader in setting up and configuring TV tuner cards based on the Bt848 or Bt878 chipsets in the Linux operating system. It outlines how to enable the necessary kernel and/or software support and various television applications and software methods of capture usable with your device. While there is some attempt to catalog individual cards and features in Appendix C, the ultimate best source of information about your card and its capabilities will be found in the printed manual that came with your device or the manufacturer's website.

Zoneminder - Cameras not showing picture [Archive] LouisCribben July 25th, 2009, 03:50 PM I installed Ubuntu today (latest and greatest edition) Wiki - FAQ. ZoneMinder Frequently Asked Questions. Wiki - Troubleshooting. Brian Klug: Internet Adventures. In recent months, home security and monitoring has become a matter of increasing concern across the country. Whether the reason is local downturn due to a spike in crime or just peace of mind, the price and difficulty of setting up an enterprise-level security system at home is lower than ever. That said, the variety of hardware, open and closed source monitoring software, and configuration options makes it a bit daunting to jump right into. I’ve worked and experimented with a number of configurations and finally settled on one that I think works best (at least for my needs).

Camera 1 – Linksys WVC54GCA Wireless-G Internet Home Monitoring Camera I originally started out with just one Linksys WVC54GCA. More recently, I discovered that the software (despite being open source and a *nix derivative) locks up after anywhere between 6-24 hours when the camera is connected wirelessly. Build your own CCTV system with Zoneminder. The three main reasons for surveillance are security, safety and nosiness.

Whether you need a visual check on a sleeping baby, or a video of a stranger putting your cat in a wheelie bin, Zoneminder fits the bill. Zoneminder is a sophisticated camera manager, including support for multiple image sources, motion detection, email alerts, and X10 automation.