Top 10 Companies Killing the World with Their Pesticides - NaturalON. In a report that was recently released by etcgroup.org, the world’s top six biggest agrochemical manufacturers are also the ones in control of the seed industry. 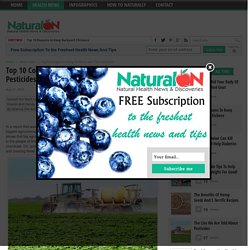 This report shows that big agrochemical producers are running the whole show and refusing to provide seeds to the people of the world; either that or they provide seeds that are already poisoned with their chemicals. Oh, and let’s not forget that these same companies are also doing gene manipulation and creating these GMO monsters. There is a dangerous link here that shouldn’t be ignored.

Take a look at the facts: GMOs could cause 'irreversible termination of life' on Earth, risk expert warns. (NaturalNews) When discussing the issues surrounding genetically modified organisms (GMOs) -- that is, organisms bearing the genetic traits of other species or bacteria -- the focus is typically on how safe (or unsafe) these novel, food-like products are for humans. 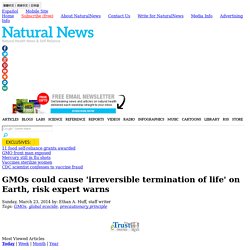 But distinguished risk engineer and two-time best-selling author Nassim Taleb thinks an even bigger problem with GMOs is their threat to the planet, and the statistical likelihood that they will eventually lead to the collapse of life on Earth. In a new study, which is still in draft form, this professor of risk engineering from New York University uses statistical analysis to make the case that GMOs, by their very nature, will disrupt the ecosystems of this planet in ways that mankind is only just beginning to comprehend. Non GMO Project. 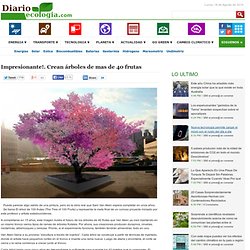 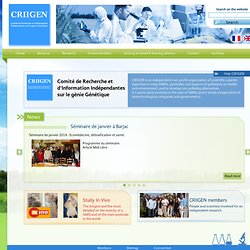 GMOs could cause 'irreversible termination of life' on Earth, risk expert warns. Rebecca Rupp: I’m Pro-GMO and Here’s Why – The Plate: Rebecca Rupp. We all know that there are topics that are best to avoid at public dinners. 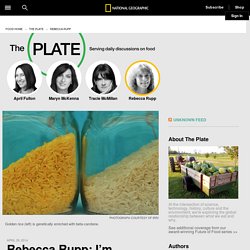 Religion and politics usually top the list because we’ve all seen the awful effect these can have on family Thanksgivings. Invasive inquiries about age, weight, and personal finances are no-nos, and asking someone if they’re pregnant, especially if they’re not, can be a fast track to social disaster. Increasingly, though, these days, another addition to the to-be-avoided list is the touchy subject of genetically modified organisms (GMOs)—predominately in the form of bioengineered foods. GMOs will unleash global killer 'ecocide' across the planet, warns prominent scientist. (NaturalNews) A top scientist and "risk engineering" expert is now publicly warning that GMOs pose a dire, genuine threat to the continuation of life on Earth. 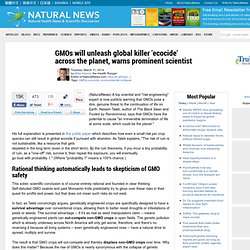 Nassim Taleb, author of The Black Swan and Fooled by Randomness, says that GMOs have the potential to cause "an irreversible termination of life at some scale, which could be the planet. " His full explanation is presented in this public paper which describes how even a small risk per crop species can still result in global ecocide if pursued with abandon. As Taleb explains, "The risk of ruin is not sustainable, like a resource that getsdepleted in the long term (even in the short term). By the ruin theorems, if you incur a tiny probability of ruin, as a "one-off" risk, survive it, then repeat the exposure, you will eventuallygo bust with probability 1.

" Playing god. GMOs in Agriculture. Pesticide formulations up to 1000 times more toxic than active ingredients tested for safety. (NaturalNews) The same university academic whose controversial research exposed the cancer-causing effects of genetically modified (GM) Bt corn and the Monsanto crop herbicide Roundup (glyphosate) has made another groundbreaking discovery, this time with regard to the understated toxicity of pesticides in general. 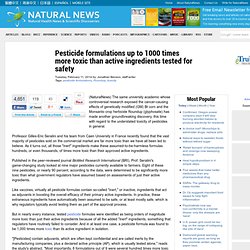 Can A Rose Catch Your Cold? Threat Of 'Killer' Viral Plant Gene Is Latest Anti-GMO Rant. GMOs will unleash global killer 'ecocide' across the planet, warns prominent scientist. Farmers Abandoning GMO Seeds And The Reason Will Surprise You. Aaron Bloom. 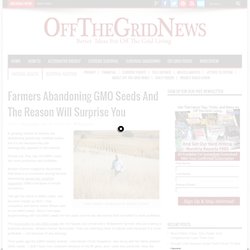 Image source: Modern Farmer. Find Out Which Companies You Support When Buying Organic. So you and your family and friends have been buying organic food at the grocery store for several years now. 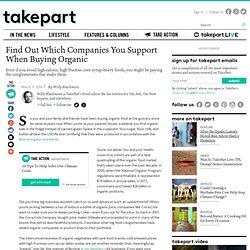 When you’re at your parents’ house, suddenly you find organic kale in the fridge instead of canned green beans in the cupboard. Your sugar, flour, milk, and butter all bear the USDA’s seal certifying that they were produced in accordance with the federal organic standards. You’re not alone! Genetic-weapon-against-insects-raises-hope-and-fear-in-farming. Scientists and biotechnology companies are developing what could become the next powerful weapon in the war on pests — one that harnesses a Nobel Prize-winning discovery to kill insects and pathogens by disabling their genes. 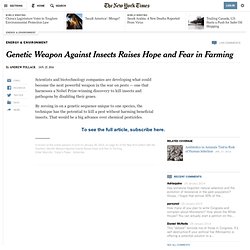 Eating organic is your best chance of avoiding GM foods, but it's almost impossible to avoid them entirely, especially if you're living in a country that doesn't restrict their cultivation, import or export. The United States, Canada, China, UK, Australia, Mexico, and most of South America, Asia and Africa have no formal GMO-free platforms and their use is typically unrestricted and widespread.

There is no stopping the GMO labeling movement, admits mainstream media. (NaturalNews) It is a war for the truth, and NationalGeographic.com writer Laura Parker seems to think that the people are winning it. Awareness about the presence of genetically modified organisms (GMOs) is clearly on the rise nationwide, and in the midst of this knowledge boon comes the admission by some in the mainstream media that mandatory GMO labeling is no longer a question of if, but of when. Do GMO Crops Really Have Higher Yields?

According to the biotech industry, genetically modified (GM) crops are a boon to humanity because they allow farmers to "generate higher crop yields with fewer inputs," as the trade group Biotechnology Industry Organization (BIO) puts it on its web page. Buoyed by such rhetoric, genetically modified seed giant Monsanto and its peers have managed to flood the corn, soybean, and cotton seed markets with two major traits: herbicide resistance and pesticide expression—giving plants the ability to, respectively, withstand regular lashings of particular herbicides and kill bugs with the toxic trait of Bacillus thuringiensis, or Bt. Study: Roundup Ready GM soybeans accumulate poison more than equivilant non-GM soybeans.

(NaturalNews) Biotech proponents are fond of proclaiming how little difference there is between typical crops and their genetically engineered varieties - but fresh findings show that not everything is created equal after all. Researchers from the GenOk Centre for Biosafety in Norway outright rejected the widespread claim that GM soybeans are "substantially equivalent" to non-genetically engineered soy crops after comparing the nutritional make-up and contamination levels of genetically modified, conventional and organic varieties of soy. There's no choice: we must grow GM crops now. Feeding the swelling numbers of people on our planet is one of the most serious challenges facing our leaders today. By 2050, it is likely Earth's population will have reached 9 billion. Finding food for such numbers will not be easy. Science will not solve the problem on its own, of course, but clearly it has a key role to play. Without new technologies, future generations will starve.

France. Néonicotinoïdes: Stop à l’intox du lobby européen de l’agriculture intensive ! Americans Consume Nearly 200 Pounds of GMOs Each Year. Amazing commercial you cannot stop watching. You don't have to go to the ends of the Earth to save the rainforest. Just Follow the Frog! Food Crimes - "The Hunt For Illegal Seafood" Special Report: The war on big food. © Time Inc.