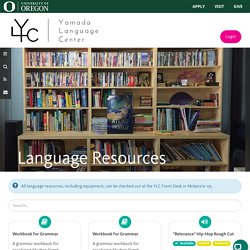 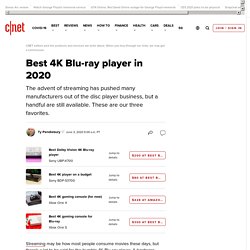 A hardware player offers the best image and sound quality available thanks to the enhanced storage capacities of Blu-ray discs. That means formats like Dolby Vision, HDR10, DTS:X and Dolby Atmos will help your TV and sound system perform at its absolute best, without having to worry about buffering, dropout or bandwidth caps. And most 4K Blu-ray players can also stream Netflix (some even in 4K), while all of them will play your DVD and CD collections. 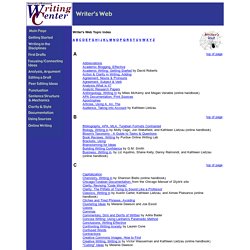 Language Log. Just now I was washing breakfast dishes and mentally composing a Facebook post, which started out "Last night was not a good night for Orioles – Red Sox – anti-Yankees fans! 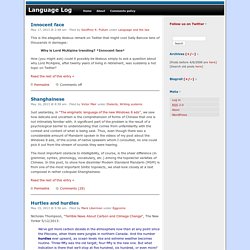 The three way tie for first place got broken in the worst direction! Us and our Red Sox buddies …" and I forget how that sentence was going to end, because I was caught up short noticing how it began. I've known about the ongoing spread of the 'accusative' pronouns forever – Sapir wrote about it (as a case of "language drift"), and Ed Klima, one of my favorite grad school professors, had worked on it and talked with us about it (we tried to figure out what kinds of rules would make 'us' and 'me' not get nominative in conjoined subjects while "I" and "we" as simple subjects are obligatorily marked nominative, and discussed similarities with French 'disjunctive' pronoun 'moi' vs. clitic subject 'je').

But none of that had prepared me for having it emerge in my own dialect. Future - How do we measure language fluency? 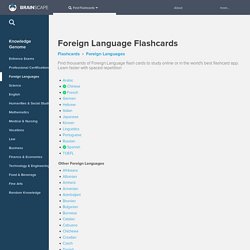 But the fact is, if you want to learn a language faster than just the natural way someone might "pick it up", then it is going to take some hard work. European Day of Languages > Fun > Self-evaluate your language skills! Study Language Courses Online. Alison has over 1000 high quality courses available across 9 distinct categories, all absolutely free to complete. 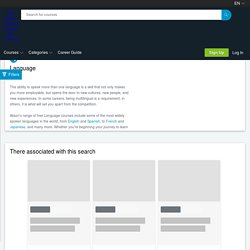 All our courses are self-paced and have been designed by subject matter experts, to give you an interactive and enriched learning experience. Depending on your learning goal, you can choose from:Certificate courses (average time: 2-3 hours), which help you focus your learning to provide you with specific expertise in your field or industry.Diploma courses (average time: 8-10 hours), which are designed to give you a more extensive understanding of a subject area, by helping you master multiple concepts within a subject.Learning Paths (average time: 18-20 hours), which are a combination of niche courses that have been specially designed by experts, to help you: Broaden your skillset; Progress your knowledge; or Master a subject.

Use the search bar on the left if you are looking for a specific category, or browse through all courses below, and let’s get learning! McGraw-Hill's Language Lab. Enjoy Learning Languages with Music! Language skills topic from the Oxford Advanced Learner's Dictionary. Languages - Quick Fix - Essential phrases in 40 languages. BBC Languages – Free online lessons to learn and study with. Language. Fillmore's 1971 Santa Cruz Deixis Lectures. In the summer of 1971, Professor Charles Fillmore delivered a set of six lectures at the University of California, Santa Cruz on the topic of Deixis, which was at the time a new idea in linguistics. 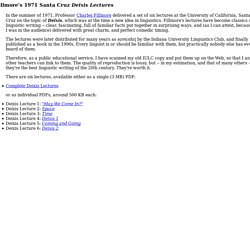 Fillmore's lectures have become classics of linguistic writing -- clear, fascinating, full of familiar facts put together in surprising ways, and (as I can attest, because I was in the audience) delivered with great charm, and perfect comedic timing. The lectures were later distributed for many years as samizdaţ by the Indiana University Linguistics Club, and finally published as a book in the 1990s. How to Talk Like a Native Speaker. Free courses. Languages Wherever you are, making yourself understood is the key to success. 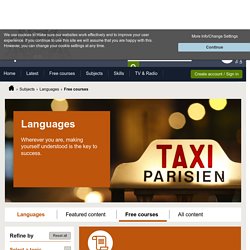 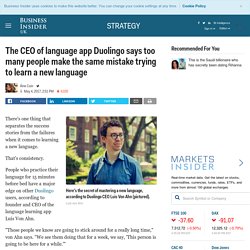 Luis von Ahn There's one thing that separates the success stories from the failures when it comes to learning a new language. That's consistency. People who practice their language for 15 minutes before bed have a major edge on other Duolingo users, according to founder and CEO of the language learning app Luis Von Ahn. "Those people we know are going to stick around for a really long time," von Ahn says. Uk.businessinsider. Which language should you learn? 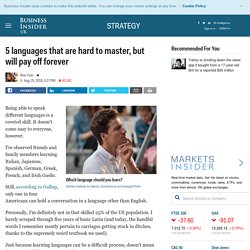 Strelka Institute for Media, Architecture and Design/Flickr Being able to speak different languages is a coveted skill. It doesn't come easy to everyone, however. I've observed friends and family members learning Italian, Japanese, Spanish, German, Greek, French, and Irish Gaelic. Still, according to Gallup, only one in four Americans can hold a conversation in a language other than English. Tense–aspect–mood - Wikipedia. Tense–aspect–mood, commonly abbreviated tam and also called tense–modality–aspect or tma, is the grammatical system of a language that covers the expression of tense (location in time), aspect (fabric of time – a single block of time, continuous flow of time, or repetitive occurrence), and mood or modality (degree of necessity, obligation, probability, ability).[1] In some languages, evidentiality (whether evidence exists for the statement, and if so what kind) and mirativity (surprise) may also be included.

The term is convenient because it is often difficult to untangle these features of a language. Often any two of tense, aspect, and mood (or all three) may be conveyed by a single grammatical construction, but this system may not be complete in that not all possible combinations may have an available construction. In other cases there may not be clearly delineated categories of tense and mood, or aspect and mood. Creoles[edit] Hawaiian Creole English[edit] On-line Chinese Tools.

Learn Words in Any Language. Quiz Yourself: Lights, (Camera Emoji), Action! Glossary of grammatical terms – Oxford Dictionaries. Oxford Dictionaries. Some grammatical terms may be familiar to you, but others can be confusing or hard to remember. Clicking on any term below will give you a quick and clear definition. Below the categorized section you’ll find all the terms listed from A–Z, so you can browse that way if you prefer. abstract noun A noun which refers to an idea, quality, or state (e.g. warmth, liberty, happiness), rather than a physical thing that can be seen or touched.

Technical Writing. Editing and Proofreading. Computer-assisted translation. This article has multiple issues. Please help improve it or discuss these issues on the talk page. (Learn how and when to remove these template messages) This article possibly contains original research. Please improve it by verifying the claims made and adding inline citations.

Statements consisting only of original research should be removed. (January 2011) (Learn how and when to remove this template message) This article needs additional citations for verification. Content and language integrated learning. Content and language integrated learning (CLIL)[1] is a term created in 1994 by David Marsh[2] as a methodology similar to but distinct from language immersion and content-based instruction. It is an approach for learning content through an additional language (foreign or second), thus teaching both the subject and the language. The idea of its proponents was to create an "umbrella term" which encompasses different forms of using language as the medium of instruction.[3] CLIL is fundamentally based on methodological principles established by research on "language immersion".

This kind of approach has been identified as very important by the European Commission[4] because: "It can provide effective opportunities for pupils to use their new language skills now, rather than learn them now for use later. Ubc VISIBLE SPEECH. Introduction to Articulatory Phonetics (Consonants) British English Pronunciation and the Importance of Phonetics.

A Latin Dictionary - Wikipedia. History[edit] The division of labour between the two editors was remarkably unequal. Short, a very thorough but slow worker, produced material for the letters A through C, but B and C were lost by Harpers, meaning that his work now only appears in the letter A (216 pages), while Lewis was solely responsible for the entries beginning with the letters B through Z (1803 pages), who worked on his spare time from his law practice.[2] In 1890 Lewis published a heavily abridged version the dictionary, entitled An Elementary Latin Dictionary, for the use of students. Sometimes called the Elementary Lewis, it is still in print today. Deep Grammar. Learn Spanish, French, English and other languages for free. BBC Languages – Free online lessons to learn and study with. Learning, made joyful - Memrise. Lerne kostenlos Spanisch, Französisch, Deutsch, Portugiesisch, Italienisch und Englisch.