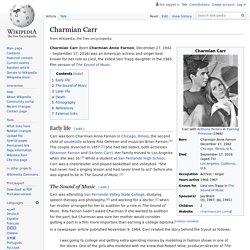 In a newspaper article published November 9, 1964, Carr related the story behind the tryout as follows: I was going to college and getting extra spending money by modeling in fashion shows in one of the stores. Later life[edit] Evening Primrose (musical) Written originally for television, the musical focuses on a poet who takes refuge from the world by hiding out in a department store after closing. 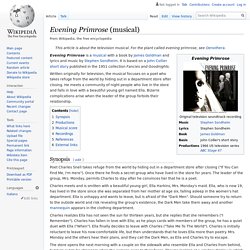 He meets a community of night people who live in the store and falls in love with a beautiful young girl named Ella. Bizarre complications arise when the leader of the group forbids their relationship. Poet Charles Snell takes refuge from the world by hiding out in a department store after closing ("If You Can Find Me, I'm Here"). Stephen Sondheim is Not Just a Great Composer. He’s a Great Playwright. That line is set to a musical phrase that coils in on itself for the first clause and leaps in joy for the second. 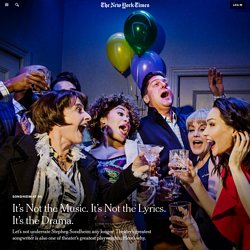 If no one has ever exploited the thousand colors and astonishing coincidences of English to greater effect than Sondheim, that’s in part because no truly great lyricist, save possibly Cole Porter and Frank Loesser, has been his own composer. But even more than for those showmen, Sondheim twins and twines the two elements like DNA. Sometimes that means letting the music support the words, intensifying them, as in the song “Color and Light” from “Sunday in the Park.” While the pointillist painter Seurat dabs dots of pigment on his canvas, the lyric (“Red red red red/red red orange”) underlines the action and is, in turn, underlined by the music’s bristly staccato. Other times the music sends a coded secondary message, contradicting the lyric. 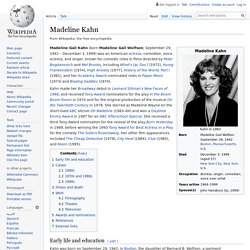 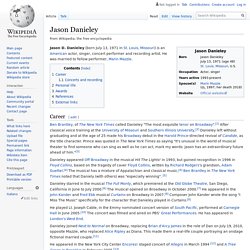 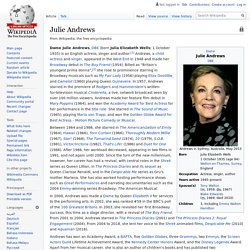 Apart from her musical career, she is also an author of children's books and has published two autobiographies, Home: A Memoir of My Early Years (2008) and Home Work: A Memoir of My Hollywood Years (2019). Early life Julia Elizabeth Wells[3] was born on 1 October 1935 in Walton-on-Thames, Surrey, England.[4][5] Her mother, Barbara Ward Wells (née Morris; 1910–1984) was born in Chertsey[6] and married Edward Charles "Ted" Wells (1908–1990), a teacher of metalwork and woodwork in 1932.[7] Andrews was conceived as a result of an affair her mother had with a family friend. Andrews discovered her true parentage from her mother in 1950,[8][9] although it was not publicly disclosed until her 2008 autobiography.[10] Career Film stardom. The Pajama Game - Steam Heat. Evening Primrose: Take Me to the World. Songs from Les Misérables. Performance[edit] There have been several recordings of this material, including ones by the original London cast and original Broadway cast. 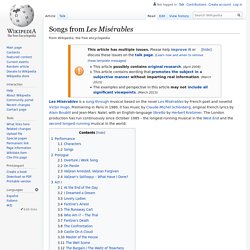 However, no recording contains the entire performance of songs, score and spoken parts as featured on stage; The Complete Symphonic Recording comes closest, but a pair of songs that were cut from the show following the initial London run, as well as one song only present in the Original French Concept Album, are not included. 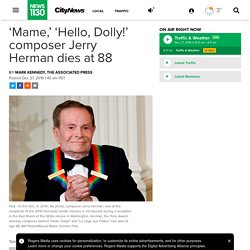 And “La Cage aux Folles,” died Thursday. He was 88. His goddaughter, Jane Dorian, confirmed his death to The Associated Press early Friday. She said he died in Miami, where he had been living. The creator of 10 Broadway shows and contributor to several more, Herman won two Tony Awards for best musical: “Hello, Dolly!” Beyoncé - SPIRIT (From Disney's "The Lion King" - Official Video) Soundtrack Suite (Lalo Schifrin) Pirates of the Caribbean - One Day.