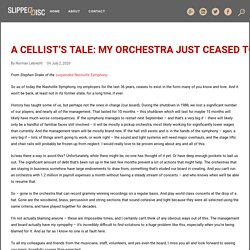 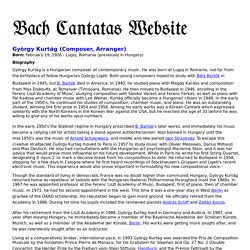 He was born at Lugoj in Romania, not far from the birthplace of fellow Hungarian György Ligeti. Both young composers hoped to study with Béla Bartók in Budapest in 1945, but B. Bartók died in America. Gyorgy Kurtag - Eight Piano Pieces For Piano, Op. 3 (1960) [Score-Video] 5 Minutes That Will Make You Love Mozart. In the past, we’ve asked some of our favorite artists to choose the five or so minutes they would play to make their friends fall in love with classical music, the piano, opera and the cello. 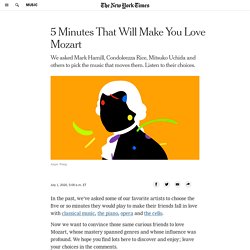 Now we want to convince those same curious friends to love Mozart, whose mastery spanned genres and whose influence was profound. We hope you find lots here to discover and enjoy; leave your choices in the comments. So much of what I love about Mozart tends toward the poignant: his ability to express both the pain and beauty of the human condition, the way his music “smiles through the tears,” as the musicologist H.C. Robbins Landon put it. But he also offers moments of pure, unbridled joy, none more overwhelming than the finale of his “Posthorn” Serenade. I was in the first national tour of “Amadeus,” then I finished my run on Broadway. So much of the play is underscored with his music, which is more common to do in film. Mozart didn’t write a note that isn’t worth hearing. Leonore, Op. 72a: Ouverture (II) · Ludwig van Beethoven, Freiburger Barockorchester, René Jacobs. Symphony No. 3 in E-Flat Major, Op. 55, "Eroica": I. Allegro con brio. 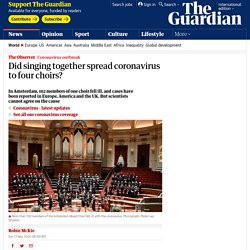 It was one of the last major classical concerts to be held in the Netherlands before the country went into Covid-19 lockdown. The performance had unexpected consequences. Days later, singers began to sicken, one by one, until 102 of 130 choristers had fallen ill with Covid-19. One 78-year-old died, as did three partners of choir members; singers ended up in intensive care; and conductor Paul Valk displayed serious symptoms. Nor was this the only major chorus to suffer from Covid-19. These alarming developments raise a critical question. The idea is alarming. Charles Wuorinen. American composer Charles Peter Wuorinen (; June 9, 1938 – March 11, 2020) was a Pulitzer Prize-winning American composer of contemporary classical music based in New York City. 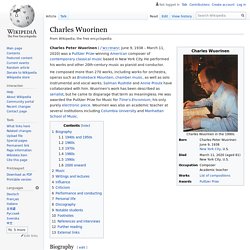 He performed his works and other 20th-century music as pianist and conductor. Biography[edit] 1940s and 1950s[edit] Allegations Against Plácido Domingo Deemed Credible by L.A. Opera. Los Angeles Opera said that Mr. 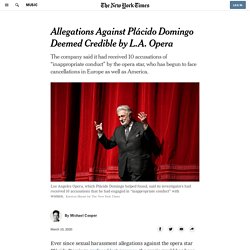 Domingo, who cooperated and sat for an interview with the investigators, had “denied all allegations of unwanted contact and maintained that all his interactions were consensual.” The report added, without elaborating, that investigators “often found him to be sincere in his denials but found some of them to be less credible or lacking in awareness.”

Mr. Domingo did not publicly respond to the findings by Tuesday evening. Last summer several women told The Associated Press, which first reported the allegations against Mr. Two Pianists Test the Meaning of Virtuosity. What constitutes virtuosity? 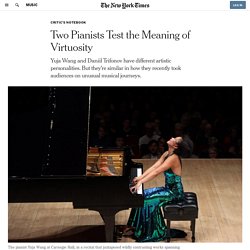 It’s a commonplace, yet problematic, word in classical music. It generally refers to a performer’s technical prowess, the ability to dazzle with a sheer display of technique. But what’s the threshold for virtuosity, and how do you even isolate it from depth and insight? Two studies were recently on offer in New York. On Friday, Yuja Wang played a program at Carnegie Hall that boldly mixed works spanning nearly three centuries. These immensely gifted young artists have not only different musical orientations and personalities, but also different kinds of virtuosity. Basic Repertoire List - Shostakovich. Many artists have claimed to be products of the Bolshevik Revolution, but Dmitri Shostakovich (September 25, 1906 - August 9, 1975) stands alone in level of celebrity and artistic achievement. 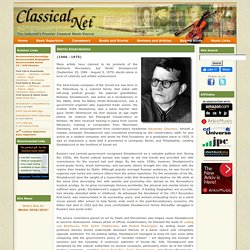 The best-known composer of the Soviet era was born in St. Petersburg to a cultured family that sided with left-wing political groups. Max Richter. Max Richter (; German: [ˈʁɪçtɐ]; born 22 March 1966) is a German-born British composer who has been an influential voice in post-minimalist composition and in the meeting of contemporary classical and alternative popular musical styles since the early 2000s.[1][2][3][4] Richter is classically trained, having graduated in composition from the Royal Academy of Music and studied with Luciano Berio in Italy.[5][6] Richter also composes music for stage, opera, ballet and screen. 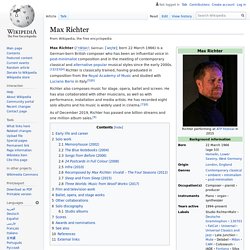 He has also collaborated with other musicians, as well as with performance, installation and media artists. He has recorded eight solo albums and his music is widely used in cinema.[7][8] As of December 2019, Richter has passed one billion streams and one million album sales.[9] Early life and career[edit] Solo work[edit] The Five (composers) The Five, also known as The Mighty Handful (Russian: Могучая кучка, Moguchaya kuchka), The Balakirev Circle, and The New Russian School, refers to a circle of composers who met in Saint Petersburg, Russia, in the years 1856–1870: Mily Balakirev (the leader), César Cui, Modest Mussorgsky, Nikolai Rimsky-Korsakov and Alexander Borodin.

The group had the aim of producing a specifically Russian kind of art music, rather than one that imitated older European music or relied on European-style conservatory training. In a sense, they were a branch of the Romantic Nationalist movement in Russia, sharing similar artistic goals with the Abramtsevo Colony and Russian Revival. In May 1867 the critic Vladimir Stasov wrote an article, Mr. 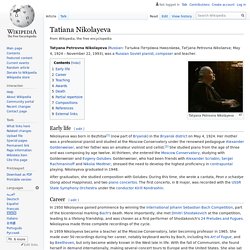 Hildur Guðnadóttir. Icelandic musician and composer Early life[edit] Dennis Russell Davies. Dennis Russell Davies (born April 16, 1944 in Toledo, Ohio) is an American conductor and pianist. Davies studied piano and conducting at the Juilliard School, where he received his doctorate. He was Music Director of the Saint Paul Chamber Orchestra from 1972 to 1980. In 1977 he co-founded the American Composers Orchestra with composer Francis Thorne, and he was its music director until 2002.[1] Davies was music director of the Brooklyn Philharmonic from 1991 to 1996.

Davies's recordings of note include Copland's Appalachian Spring with the Saint Paul Chamber Orchestra in 1979, for which he won a Grammy Award; Arvo Pärt's Fratres and Miserere; and many of Philip Glass's operas and symphonies, including the 5th symphony, which is dedicated to Davies. He premiered Glass's 10th symphony at a 2012 New Year's concert in Linz.

Davies has had a long-standing association with the jazz pianist Keith Jarrett. Kurt Schwertsik. Kurt Schwertsik (born 25 June 1935, Vienna) is an Austrian contemporary composer. He is famous for creating the “Third Viennese School” and spreading contemporary classical music. Kurt Schwertsik is President of the Joseph Marx Society that was founded in 2006 in order to implement the Renaissance of this composer.

Thus, Schwertsik has accepted the position of the leader of an organisation for the first time in his career and also avowed himself a melodist according to the musical philosophy that was developed and represented by Joseph Marx. Prizes[edit] Works (Selection)[edit] Shostakovich - Symphonies 1,2,3,4,5,6,7,8,9,10,11,12,13,14,15 (Century rec. : Kirill Kondrashin) Margaret Bonds. Julia Perry. Julia Amanda Perry (25 March 1924 – 25 April 1979) was an American classical composer and teacher who combined European classical and neo-classical training with her African-American heritage.[1][2] Life and education[edit]

William Grant Still. Florence Price. Undine Smith Moore. Biography[edit] Leslie Dunner. Systemic Discrimination: the Burden of Sameness in American Orchestras. Classical music lovers feel a rush of excitement each year when orchestras release their plans for an upcoming season. Marketing brochures feature glossy photos of conductors and soloists, hopefully enticing patrons to swoon over the year’s top-flight catches. But many listeners also take a closer look at the musical programs. The Stories About Classical Music You Don't Know But Should - The Classical Alternative. Welcome to The Classical Alternative! I’m Doug Shadle, a musicologist and professor at Vanderbilt University’s Blair School of Music.