Docker for NetOps. I have been spending this week in Silicon Valley at Network Field Day 10. 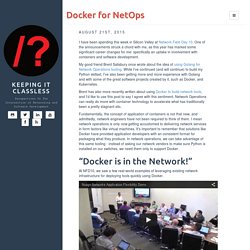 One of the announcements struck a chord with me, as this year has marked some significant career changes for me: specifically an uptake in involvement with containers and software development. My good friend Brent Salisbury once wrote about the idea of using Golang for Network Operations tooling. While I’ve continued (and will continue) to build my Python skillset, I’ve also been getting more and more experience with Golang and with some of the great software projects created by it, such as Docker, and Kubernetes. Brent has also more recently written about using Docker to build network tools, and I’d like to use this post to say I agree with this sentiment. Network Operations can really do more with container technology to accelerate what has traditionally been a pretty stagnant silo. At NFD10, we saw a few real-world examples of leveraging existing network infrastructure for deploying tools quickly using Docker. 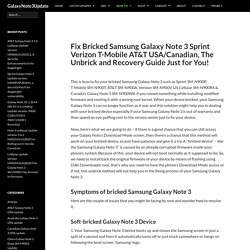 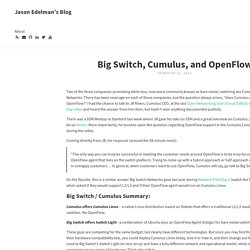 There has been coverage on each of these companies, but the question always arises, “does Cumulus support OpenFlow?” I had the chance to talk to JR Rivers, Cumulus CEO, at the last Open Networking User Group (ONUG) during a Tech Field Day video and heard the answer from him then, but hadn’t seen anything documented publicly. There was a SDN Meetup at Stanford last week where JR gave his take on SDN and a great overview on Cumulus, which happens to be on Vimeo. More importantly, he touches upon the question regarding OpenFlow support in the Cumulus Linux software stack during the video. Coming directly from JR, his response (around the 58 minute mark): “The only way you can truly be successful in meeting the customer needs around OpenFlow is to be truly focused on a great OpenFlow agent that lives on the switch platform. 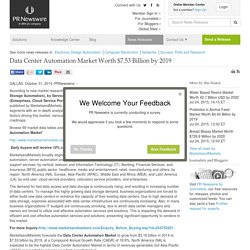 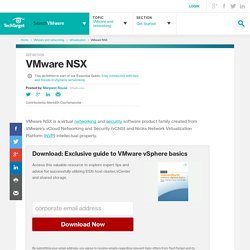 By submitting your email address, you agree to receive emails regarding relevant topic offers from TechTarget and its partners. You can withdraw your consent at any time. Contact TechTarget at 275 Grove Street, Newton, MA. You also agree that your personal information may be transferred and processed in the United States, and that you have read and agree to the Terms of Use and the Privacy Policy. Big Switch Networks, Inc. Switch Light is a Linux-based, thin switching software solution that provides consistent data plane programming abstractions across merchant silicon-based physical switches and hypervisor vSwitches. 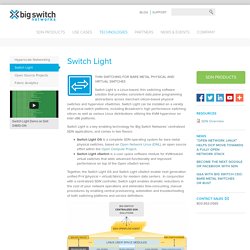 Big Switch Networks, Inc. Data Center Networking. Few segments of the market are changing as much as the data center. 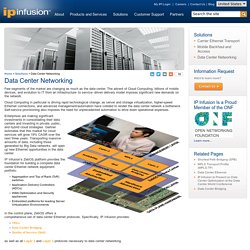 The advent of Cloud Computing, billions of mobile devices, and evolution to IT from an infrastructure- to service- driven delivery model imposes significant new demands on the network. Cloud Computing in particular is driving rapid technological change, as server and storage virtualization, higher-speed Ethernet connections, and advanced management/automation have collided to render the data center network a bottleneck. Self-service provisioning also imposes the need for unprecedented automation to drive down operational expenses. Enterprises are making significant investments in consolidating their data centers and investing in private, public, and hybrid cloud strategies. Gartner estimates that this market for cloud services will grow 19% CAGR over the next three years.