Arcdigital. In high school, I worked with my father every summer plumbing houses and installing air conditioners in eastern Nebraska. 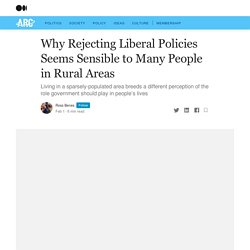 Whenever I took my sweet time soldering copper pipes, Dad would bark: “What the hell you doin’ over there? You ain’t working for the state!” The phrase “working for the state” implied laziness and inefficiency. Dad used it to describe department of transportation road crews, bureaucrats, and anyone he deemed “a bum.” My family, and most of the people who lived near us, didn’t view the government as the force that educated their children tuition free, kept our food safe, or subsidized the agriculture industry that our region depended on. Alito's politically charged address draws heat. “Is our country going to follow that course?” 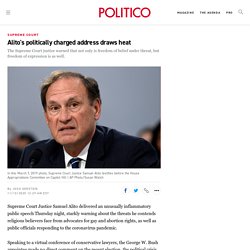 Alito asked. “For many today, religious liberty is not a cherished freedom. It’s often just an excuse for bigotry and can’t be tolerated, even when there is no evidence that anybody has been harmed. ... The question we face is whether our society will be inclusive enough to tolerate people with unpopular religious beliefs.” Alito argued that some recent Supreme Court decisions, including the landmark ruling upholding a constitutional right to same-sex marriage, fueled intolerance to those who believe marriage should be limited to unions between one man and one woman.

“Until very recently, that’s what the vast majority of Americans thought. 7 Racist Slurs Which You Should Drop From Your Vocabulary. Semper Supra: Space Force Unveils Long-Awaited Official Logo. The Space Force has debuted its official logo, which reprises the use of the delta symbol from the service's seal and flag. 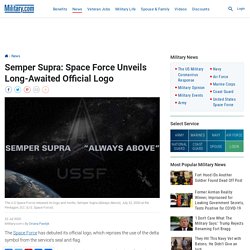 The service introduced the logo Wednesday, accompanied with its formal motto, "Semper supra," which translates from Latin as "always above," according to an announcement on Twitter. Read Next: 'I Never Looked Back': Goldfein Says Trump's Joint Chiefs Chairman Pick Wasn't Personal The motto "represents our role in establishing, maintaining, and preserving U.S. freedom of operations in the space domain," the Space Force said. The logo itself is a delta symbol, which also appears on the Space Force seal and flag. Some Do’s and Don’ts for White People Who Want to Discuss Racism at Work. DO: Be mindful of opening up meetings and interactions with questions like “How are you?” 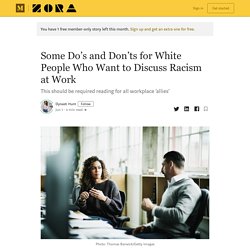 Or “How was your weekend?” Recognize that by doing so, you can potentially be re-triggering what your Black colleagues are experiencing or dismissing their experience by pretending all is normal. Why You Should Be Focused On Gen-Z And Stop Talking About Millennials. What does the future hold for Generation Z? Gen Zs have mixed feelings when it comes to what lies ahead—both for themselves and the world. 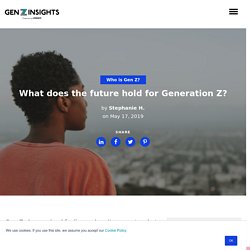 We explore what this means for brands in a two-part series. I’ve said it before and I will say it again when the topic of Gen Z comes up: this generation might just help save the planet from self-implosion. For brands that want to appeal to Gen Z, it’s important to know what’s important to them. Sure, that’s marketing 101 and you’re probably well past that if you’re reading this. However, there’s a key, perhaps surprising thing to note: ask Gen Z how they feel about the current state of affairs and the future, and you’ll hear them describe an odd, intersecting emotional state of hope and uncertainty.

Generation Z, the Future Workforce: Trend Brief. 15 Mind-Blowing Stats About Generation Z. They’re young, mobile, and entrepreneurial, and they are destined to change the workforce as we know it. 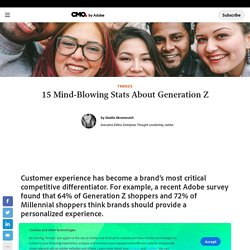 Gen Z will change the world. How millennials and Gen Z are reshaping the future of the workforce. Millennials and their younger “Gen Z” counterparts are used to facing sweeping criticism over their commitment to the workplace. 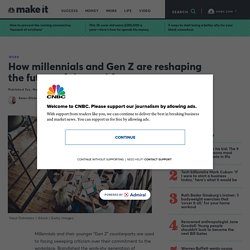 Brandished the work-shy generation of “snowflake” tendencies, millennials are said to expect too much freedom of their employers, and yet 84 percent report to experiencing burnout from their excessive workloads. However, the post-1980s cohort of employees is actually inspiring meaningful ideas that will change the future of work as we know it. That’s according to a new study from human resources research firm Inavero and freelancing website Upwork, which has highlighted four major ways in which the youngest members of the workforce are setting in motion fundamental change. Those four shifts include a growing emphasis on self-development, remote working, freelance roles and future-proofing strategies. For instance, just one in 10 baby boomers feel they are personally responsible for reskilling as technology threatens the stability of many traditional careers. Forget Millennials, Gen Z Is The Future: 5 Things to Think About.

Everyone is tired of hearing about millennials, particularly the millennials themselves. 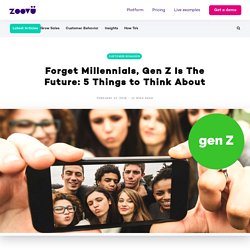 Every article you read or conference keynote you hear, the word millennials is either over-used or over-generalised. How to manage Millennials in the workplace? What are the consumer expectations of the Millennial Generation? What We Know About Gen Z So Far. One-in-ten eligible voters in the 2020 electorate will be part of a new generation of Americans – Generation Z. 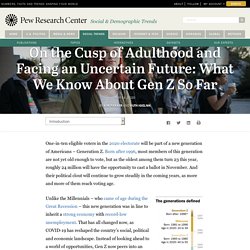 Born after 1996, most members of this generation are not yet old enough to vote, but as the oldest among them turn 23 this year, roughly 24 million will have the opportunity to cast a ballot in November. And their political clout will continue to grow steadily in the coming years, as more and more of them reach voting age. Unlike the Millennials – who came of age during the Great Recession – this new generation was in line to inherit a strong economy with record-low unemployment. That has all changed now, as COVID-19 has reshaped the country’s social, political and economic landscape. Instead of looking ahead to a world of opportunities, Gen Z now peers into an uncertain future. There are already signs that the oldest Gen Zers have been particularly hard hit in the early weeks and months of the coronavirus crisis. Gen Z on track to be the best-educated generation yet. Gen Z comes of age protesting the death of George Floyd.

Generation Z is coming of political age as they join with thousands in protesting the police killing of George Floyd, and much of it is playing out online. 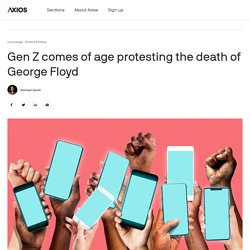 Why it matters: Generations that came before Gen Z went through similar awakenings. However, Gen Z is likely to continue engaging even after the protests end because of the power of smartphones and social media, per Axios’ Sara Fischer. Those same platforms also allow this generation to support a movement without setting foot on the streets, by demanding companies "open your purse" in support of Black Lives Matter, retweeting others and more.Video footage of police action is holding law enforcement accountable. The big picture: The first Gen Zers, born in 1997, have cast aside their parents’ means of communication — newspaper, television and radio — for the internet, and they’ve been online from an early age.