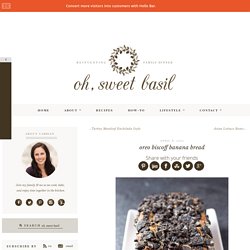 This banana bread with Oreo Biscoff Spread is so amazing, and so much better than the original that I had no choice but to post it on my Mom’s birthday since she’s so stinking amazing. In fact, this banana bread is so sinfully delicious you may want to hide in the closet just to devour it. (Let’s be honest, if you’re a parent you probably already hide in the closet or at least hide your treats around the house because heaven knows that as soon as you take a bite you’ll have a little one on your leg begging for some, a bite, or at my house, “I try it, Mom?”) So Mom, because you are the most patient, kind, accepting, giving, and humble person that I know, and because I know that I wore you out more than most of the other kids in the fam, here’s to you, a dessert to hide in the closet and devour all on your own because you deserve it. 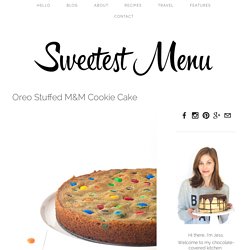 Preheat the oven to 180 (360 F). In a large mixing bowl, cream the butter and sugar for 3-4 minutes with an electric beater or until pale and creamy. Add the vanilla and the egg and beat again until combined. The next part is a little bit of a labour of love – but it’ll be worth it. Add the M&M's to the other half of the cookie dough and mix through. Half Baked Harvest - Made with Love. If there was ever a Monday dish to get excited over, this is SO it. 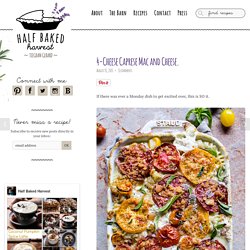 It’s mac and cheese, just fancied up a bit. BUT not fancied up so much that you’re just, “no”. You know what I mean? I feel like sometimes mac and cheese can be made way too fancy. To me, mac and cheese should be pretty simple and of course, loaded to the brim with good cheese. That’s why I typically like to use a minimum of four cheeses. Well, at least that’s my two cents. My brothers are all about the simpler the better, and in the case of mac and cheese, I actually understand that. That all said, I do think a little twist, just a simple one, can be SO good. Like today’s 4-cheese caprese mac and cheese. You’re adding pasta, butter and basically doubling the cheese. See, I told you, this is the kind of Monday food we all dream of. And ok, it’s also the very last day in August. …one: September first is tomorrow. …two: September first is also a kind of big day for me.

So let’s talk about this mac and cheese. Ingredients. Creamy Caprese Pasta. Caprese Chicken. Tuesday, July 2, 2013 Caprese Chicken* I am in major big time whoa love with this dish. 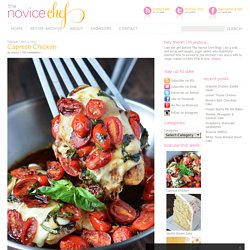 A few weeks ago Jorge and I happened to find ourselves in one of those chain Italian restaurants like Olive Garden or Macaroni Grill. I honestly can’t remember which, but I do know I ordered something called Bruschetta Chicken. Chez Panisse Eggplant, Caramelized Onion and Tomato Pasta.