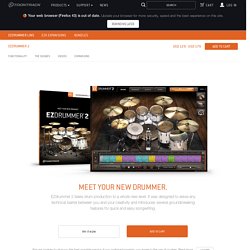 Toontrack EZ Drummer. Toontrack's simplified version of their flagship DFH Superior offers fewer kits, but with the same sound quality and in a more user-friendly interface. 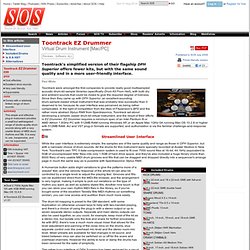 Paul White Toontrack were amongst the first companies to provide really good multisampled acoustic drum-kit sample libraries (specifically Drum Kit From Hell), with both dry and ambient sounds that could be mixed to give the required degree of liveness. Since then they came up with DFH Superior, an excellent-sounding drum-sample-based virtual instrument that was probably less successful than it deserved to be, because its user interface was perceived as being rather complicated. In the light of competition from the likes of FXpansion's BFD and the rather more abstract Stylus RMX from Spectrasonics, Toontrack set about developing a simpler, easier drum kit virtual instrument, and the result of their efforts is EZ Drummer. 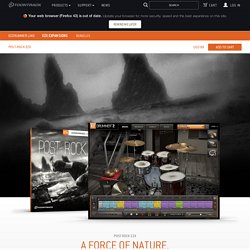 A force of nature. Unpredictable and almost cinematic.” When asked how to put words to the term post-rock, these were the first that came to mind for Birgir Jón Birgisson and Arnar Gíslason, engineer and drummer behind the EZX with the same name. And there is likely no better setting to capture the very essence of just that than in Iceland’s Sundlaugin Studios. In an ever-shifting landscape chiseled from millions of years of volcanic lava, with a waterfall a stone’s throw away and with a glacier stream literally running beneath it, there it sits on the outskirts of Reykjavik. Located in Reykjavik, Iceland, the Sundlaugin Studios is probably one of the world’s most remote professional recording facilities.

The Post-Rock EZX, combined with the powerful framework of EZdrummer 2, gives you an unparalleled creative palette to start painting your percussive soundscapes – from mellow to intense, from restrained to dramatic. Toontrack. Take Neil Dorfsman, a Grammy Award-winning engineer with four decades worth of experience and credits on some of the best selling rock records ever made, give him full access to drums recorded in the most renowned studios in the world and the freedom to blend, mix and match samples collected during his entire recording career, all in order to design the ultimate collection of rock drums. 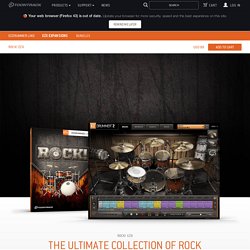 The end result you get is a jaw-dropping selection of completely unique kits unlike anything you have ever heard – hybrids of mixed and custom made drum sets, tailored for any kind of rock. The Rock! EZX comes with eight custom drum kits based on selections from the near infinite Toontrack sound vaults, featuring rare and vintage drums recorded over the past decade in renowned studios like New York’s Allaire Studios, Blackbird Studios in Nashville and 2 Khz Studios in London. The Rock! This is the next step in the evolution of metal drum production tools. Pop/Rock EZX. When EZdrummer was upgraded to EZdrummer 2, the sound and MIDI groove content from the original version was converted into this stunning EZX expansion. 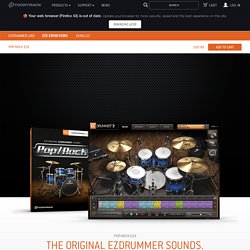 It includes the full sound and MIDI groove library that’s been a staple in the creative toolboxes of top songwriters and heard daily in countless major label productions, TV shows and commercials ever since it was first released. The Pop/Rock EZX is based around a classic GMS* kit including several options for snares, bass drums and cymbals. The sounds were recorded in New York’s legendary Avatar Studios by engineer duo Neil Dorfsman (Bruce Springsteen, Dire Straits) and Pat Thrall (Beyoncé, Katy Perry) together with renowned session drummer Nir Z (Chris Cornell, Genesis).

Avatar Studios is known for having one of the world’s finest acoustic environments and has won several industry awards. Toontrack. The Jazz EZX presents a collection of sounds targeted especially for songwriters and producers looking for drums suited for jazz and related roots music. 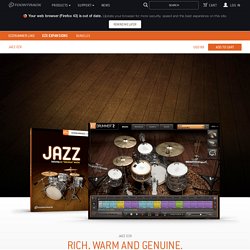 It features handpicked and pristine vintage instruments, recorded with unparalleled detail and attention in Nashville’s renowned Blackbird Studios. This facility’s A-room is known for having one of the finest acoustics in the world. It is large, has a high ceiling and perfectly crafted, dense walls, producing a stellar natural reverb. 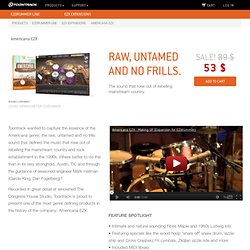